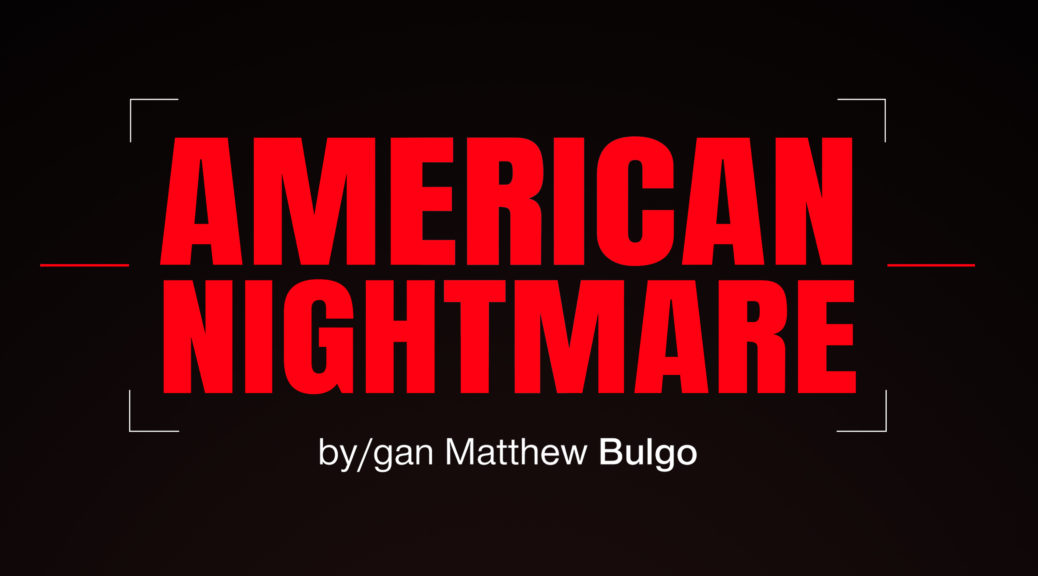 Opening The Other Room’s The Violence Series autumn season is Matthew Bulgo’s American Nightmare. Bulgo’s third play with Cardiff’s pub theatre, this rendition tackles class and the flaws in the reality of the ‘American Dream’.

American Nightmare follows two pairs of very different kinds of people. The elite class, represented by Clara (Ruth Ollman) and Greg (Chris Gordon) plotting a new scheme to control and exploit the working and under classes, which are represented by Daria (Lowri Izzard) and Elwood (Gwydion Rhys).

Clara and Greg sit, drinking and dining in a New York skyscraper as Clara entices Greg with an extremely lucrative business proposal that will change the landscape of America both physically and culturally.

Meanwhile, in a bunker somewhere in America, Daria and Elwood are taking part in a programme that aims to produce a set of obedient, low incentive driven workers under the orders from a character named ‘The Program’.

The writing from Matthew Bulgo is perfectly good for the most part. Clara and Greg are a little too prominent and really it’s mostly unnecessary in the grand scheme of things. The characters exist mainly to provide context rather than any real drama or story within itself. Context that could be more creatively explained and unravelled in a less predictive manner.

The story mainly comes from Daria and Ellwood, this is where we get tension and see in depth, complex characters. Daria’s story arch is brilliant and everything she does makes complete sense in the context of the play. Every move is calculated perfectly from Bulgo.

Ellwood is a well written, realistic character for who you feel both sympathy and frustration. He has his ideas of how the world is and is firm in being resilient in the face of it, but at his heart just wants to get away from it all and live off the land.

The direction from Sara Lloyd is understated. Lloyd expertly controls the manipulation and psychology between the two sets of characters that drives the drama and tension of the play. This is American Nightmare’s real strength and Lloyd makes the most of it.

Lloyd is accompanied by an excellent production team with Delyth Evans’ set in particular standing out. The highlight of which is a pair of sliding doors that part to unveil the elite and close to lock the poor in to the bunker.

Katy Morison’s lighting is simple, yet effective, working in conjuncture with Simon Clode’s videography that transitions the scenes. Tic Ashfield’s sound design doing its bit which blends nicely without invading the rest of the production.

Lowri Izzard is fantastic, perfectly displaying Daria’s journey and ulterior motives subtly throughout the play with the use of body movements and tone.

Gwydion Rhys is completely believable if not only for a poor Southern accent. His facial expressions are great as he transforms into Elwood. His descent is a shining light of the play and Rhys is a huge reason for this.

It’s hard to criticise Ruth Ollman and Chris Gordon but also hard to take too much from their performances. They have good chemistry and do their job well, but their characters don’t have much depth to delve into.

The main downer on the acting is Richard Harrington as ‘The Program’ who appears via video. As an authority figure with no remorse, he feels quite soft and unbelievable in the role.

There is one issue that should not go unspoken in criticism of the play.

To ignore race is a complete whitewashing of the issue of class in America. They are intrinsically linked and whilst a white writer may not feel it appropriate to pass comment the play is much weaker for overlooking this gaping hole in its content.

This is a play set in a dystopian America – but what is written in fiction only holds worth when considered in the context of it relates to real life. It is impossible to talk about poverty, class and the American Dream in America without speaking about race if you want to speak with true credibility.

Ignoring race is potentially problematic considering what is suggested in this play has literally happened and continues to happen to people of colour in the USA. This is reality for some, this is what is happening.

The play is exaggerated reality, yes. But all this play does is exaggerate the realities of people of colour in America with a white face. If accidental a huge stroke of misfortune. If intentionally ignoring the race aspect to poverty and class in the USA, problematic.

The excuse of “that’s not what the play is about” isn’t valid here. The writer simply must tackle it to some extent. This is a whitewashing of the issue it deals with and the play is weaker for it.

Not to take away from what is there which is technically good writing, excellent production and some great acting. The issues with American Nightmare are what is missing in its content rather than its generally strong core. 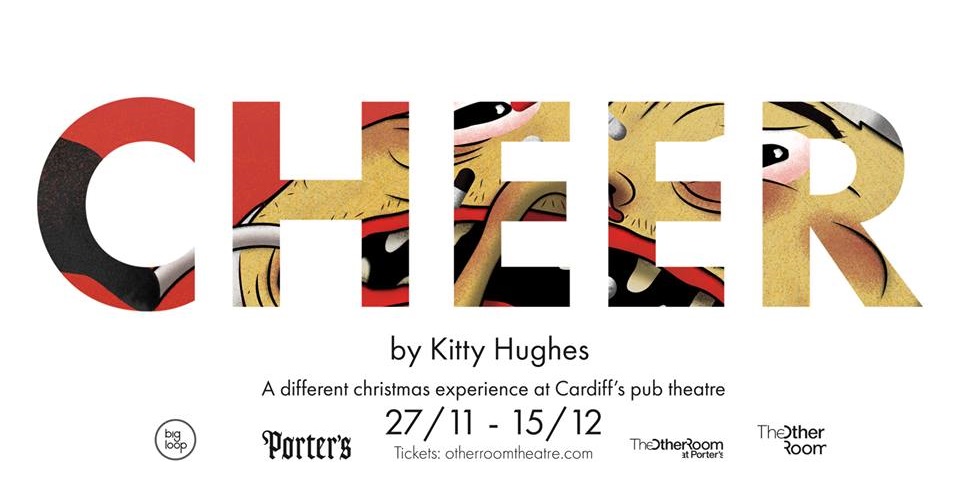 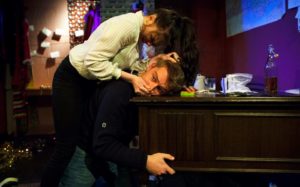 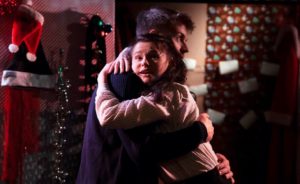