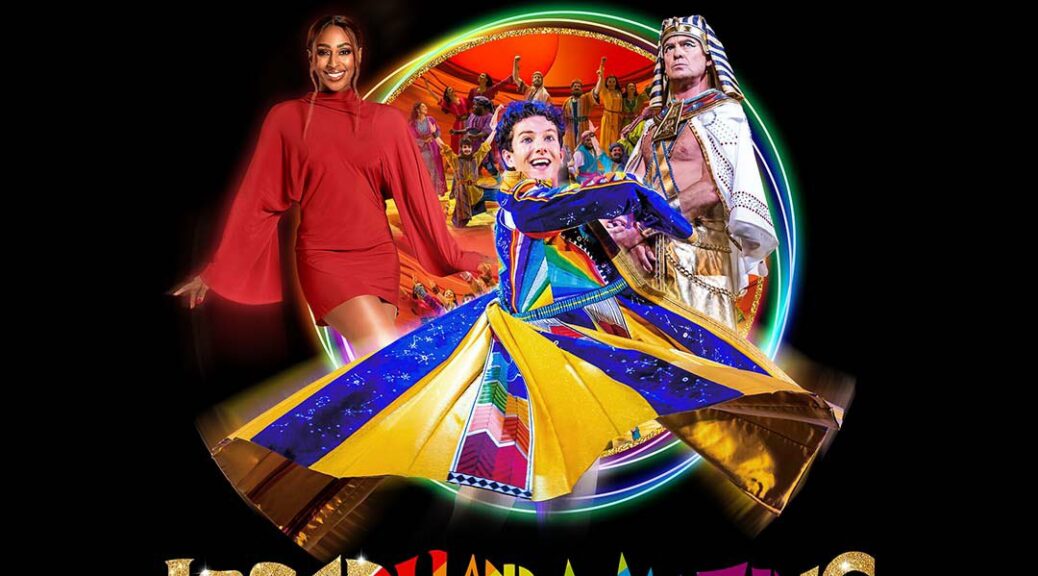 Your first ever trip to the theatre is always a magical experience. It’s a rite of passage, that first step through those doors and into a world of fun and fantasy. What you see on that first trip is something that sticks with you: for many children, that show is Joseph and the Amazing Technicolor Dreamcoat, the first musical by Andrew Lloyd Webber and Tim Rice whose subsequent megahits include Jesus Christ Superstar, Evita, and Cats. Whether you grew up on the Donny Osmond VHS, or watched Jason Donovan, Philip Schofield or Lee Mead don the icon dreamcoat on stage, everyone has their own Joseph story – and local boy Jac Yarrow is now the definitive Joseph for a whole new generation of kids as he returns to his home town for a show like no other.

Our story starts way, way back many centuries ago – not long after the Bible began, in fact. Our hero is Joseph, Jacob’s favourite son. After his father gifts him with the titular dreamcoat, Joseph’s jealous brothers sell him into slavery. While in Egypt, Joseph gets himself thrown in prison over a misunderstanding – but it’s only while he’s locked up that he finally unlocks the secret power of his dreams, and finds himself becoming the right-hand man of the Pharaoh himself.

Directed by Laurence Connor and staged at the London Palladium in 2019 and 2021, this new UK tour brings with it all the glitz and glamour of the West End. As the latest to don the dreamcoat, Yarrow has quite the legacy to live up to – and he does so with ease. It’s hard to believe this is his first role right out of drama school; a belter of a debut that has garnered much deserved praise, including an Olivier Award nomination. Yarrow might have implored us to ‘Close Every Door’ to him but I’m sure many more will be opening in future. His performance of ‘Close Every Door To Me’ is easily one of the best things I’ve ever seen on stage, and is well worth the price of admission alone.

X Factor winner Alexandra Burke, is not only a multimillion selling artist and West End star (Sister Act, The Bodyguard, Chess) but is fast proving herself as one of the most talented and versatile performers onstage today. She brings tremendous energy and charm to The Narrator, at ease in every moment whether she’s cheerfully corralling the young cast or playing a half dozen characters – each one more hilarious than the last. With such a dazzling repertoire to her name, when I say this is the best she’s ever been, that’s really saying something.

The whole ensemble is on top form, from the lively young cast to the cracking orchestra directed by John Rigby (who, in a nice touch, conducts music with a Welsh flag in place of a baton!) JoAnn Hunter’s zesty choreography really shines in ‘Go Go Go Joseph’, ‘Jacob and Sons’ and especially ‘One More Angel in Heaven’, which turns into a full-on rootin’ tootin’ hoedown, complete with Seven Brides for Seven Brothers-style gymnastics.

Speaking of brothers, Joseph’s are a blast: from a pitch-perfect Will Hawksworth who leads a riotous rendition of ‘Those Canaan Days’ led by, to Jabari Braham’s top-tier acrobatics, to Shane Antony-Whitely and young castmate Nadini Sharma who bring down the house with ‘Benjamin Calypso’. And as Pharaoh, Bobby Windebank is every inch The King – as a rock ‘n’ roll Pharaoh straight out of Graceland, he leads a rowdy Vegas-style set that leaves no hip thrust or ‘uh huh’ unturned.

Morgan Large’s stage is one big rainbow explosion, a technicolor utopia which gives way to a golden paradise once Joseph gets to the Pharoah’s court. It’s spectacular – and the titular dreamcoat, much like the show itself, is the best it’s ever been. Joseph has been performed for over 50 years in over 80 countries and counting, and it’s easy to see why. It had the whole audience on their feet, dancing and singing along. As Joseph sings that ‘Any Dream Will Do’, but this isn’t just any old dream. Technicolour, transcendent, triumphant, it’s the easiest 5 stars I’ve ever given. It really is the show that dreams are made of: so go, go see Joseph and see for yourself!