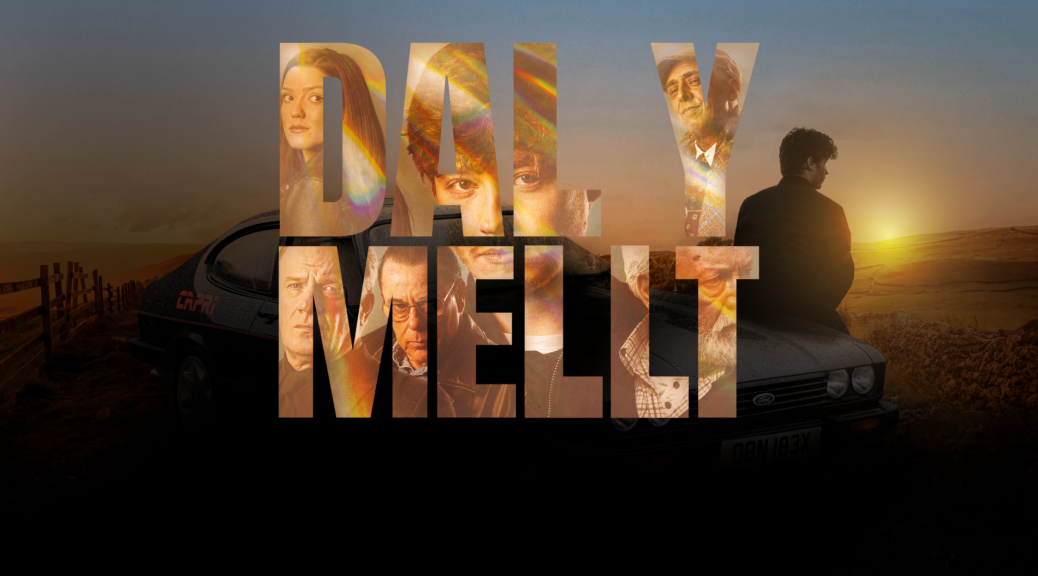 It could be that Dal y Mellt is S4C’s most ambitious drama to date. Episode one certainly promised much from a series that looks set to deliver. Adapted from the hit novel by Iwan ‘Iwcs’ Roberts, the narrative weaves mystery, comedy and crime seamlessly to create a world that is universally recognisable whilst being inherently Welsh.

The first thing to note is its scope. Dal y Mellt spreads across the country, taking in the busy streets of Cardiff and the beautiful vistas of Gwynedd in between visits to London Euston and Chester. Connections to Ireland via the Holyhead-Dublin ferry will come into play as the series progresses, making this a drama of ambitious scale. We are no longer confined to a narrative centred on small town Wales or even a singular region. Instead, Dal y Mellt combines the best of previous Welsh dramas to extend its reach to the whole of Wales and beyond. It does so not as a gimmick but in keeping with a kind of unspoken contemporary tradition of intimate character portrayals (Keeping Faith; Enid a Lucy), expansive landscape shots (Hinterland; Hidden), and a complex narrative web (Yr Amgueddfa; 35 Diwrnod). The cinematography, with its stylistic shots and trained lighting, ensures that it works by adding a touch of quality that underlines its movielike proportions.

Dubbed “a hoot of a heist”, there are already some familiar tropes that appear in episode one, including plans sprawled out on a table, secret meetings in an art gallery, and a car chase involving the police. What feels so fresh about this context however is that they’re given a Welsh spin. Gronw (Dyfan Roberts) holds down his drawings of a ship’s decks with a cup of tea and other items from his traditional farmhouse kitchen. The National Museum of Wales provides the backdrop to a conversation between wayward lad Carbo (Gwïon Morris Jones) and garage-owning gangster Mici Ffin (Mark Lewis Jones). Carbo drives through country lanes and takes a detour through some very muddy fields to get away from the cops. Each incident is tinged with humour which lightens the mood. The result is a series that is not gothic a la Peaky Blinders or violent like The Sopranos but nevertheless takes some of their ingredients and mixes it with a distinctly Welsh flavour. It means that the characters are all believable, reflective of their particular locations; and the story remains grounded even as the plot becomes more elaborate and outlandish.

The characters of Mici Ffin and Les are worth particular mention from this first episode, Mark Lewis Jones and Graham Land making for an instantly likeable double act whose straight faces only add to their comedic value. The fluffy seats and dice dangling from the rear-view mirror of their Capri conjure up a Del Boy and Rodney type partnership which also expresses a lovable incompetence reminiscent of Horace and Jasper. Their dealings with happy-go-lucky protagonist Carbo are a delight to witness, the cheekiness of his responses toward them making him an affable rogue. Morris Jones brings a dexterity of emotion to the role to create a character of both confidence and vulnerability. It is a combination that wins admiration from the viewing public, no more so than in the final scenes, as we witness his fear and ingenuity play out whilst dangling from a forklift tractor. It indicates to Mici the importance of this lad in the events to come, events which remain very much a mystery at the episode’s end.

The eclectic soundtrack, with its reggae-inspired beats and operatic moments, reflects an expansive taste across genre, location and emotion. It is a drama of dark and light; witty and gritty; familiar yet full of mystery. Dal y Mellt is not easy to categorise, combining as it does various elements, but it definitely looks set to entertain audiences with a narrative full of adventure and intrigue. If Y Golau saw it go off the boil, this looks to be a series that brings S4C’s dramatic output back to something that represents their best.

The first episode will be broadcast on Sunday 2nd October 2022 on S4C at 9pm. You can then watch the full series on BBC iPlayer or S4C Clic.

Get The Chance is a social enterprise based in South Wales, working to create opportunities for a diverse range of people to experience and respond to sport, arts, culture and live events. To donate to our work, please click here.