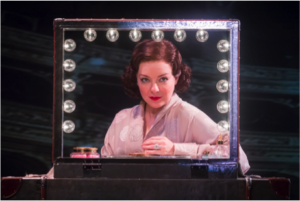 Sheridan Smith makes a joyous return to theatre in the role of Fanny Brice, for the first leg of the UK tour, after a celebrated run in the West End, bringing her own brand of exuberant mischief and spiritual warmth to the role.
Funny Girl is a bio-musical albeit more fiction that fact about the popular American singer-actress and comedian who was long associated with the Ziegfeld Follies. One of the biggest stars of the early 20th century, Brice lit up both Broadway and Hollywood with her comedic style and powerful voice. A hundred years later (1968), Barbra Streisand won an Academy Award for her portal one of America’s greatest clowns and a true icon of both stage and screen.
Smith was more than capable of overcoming the towering memory of Streisand in the central role, which is no mean feat, with her belting vocals, electable comic timing, assured dancing, earned her an unquestioned standing ovation. It is safe to say where audiences admired Streisand they adore Smith. In her hands, the lively Brooklyn joker is an intricate tangle of competing emotions, all covered up with a big, bright, Broadway smile.
The songs, in particular, Smith makes entirely her own, even though her voice isn’t exactly beautiful, it aches with conviction. Her tremendous rendition of People is steeped in yearning but also cut through with defiance. Whereas Don’t Rain on My Parade, Smith avoids brassy rhetoric to suggest a lonely woman exulting in her newfound happiness. All of which helped to strip the layers of armour-plated implacability to make Fanny a more likeable human being.
As for Darius Campbell, despite looking good in a ruffle shirt and singing each note pitch perfect he was unable to find much colour and variety in the one-dimensional character Nick Arnstein, a part made famous on screen by Omar Sharif. The best support for Fanny comes from Rachel Izen as Mrs Brice her aspirational mother and Joshua Lay as her lovingly loyal dance teacher, Eddie Ryan. Whereas the ensemble tap and ballet numbers from the talented cast were a joy to watch, but were ultimately there to simply support a superstar, Smith. Who has the presence and talent to wilt the hardest hearts, and deserves a packed out auditorium for the rest of the run.
For tour dates and ticket information click here; http://www.funnygirlthemusical.co.uk/uk-tour/ 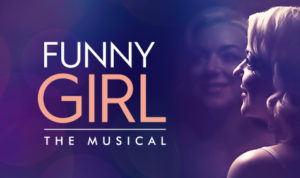 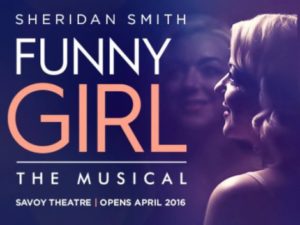