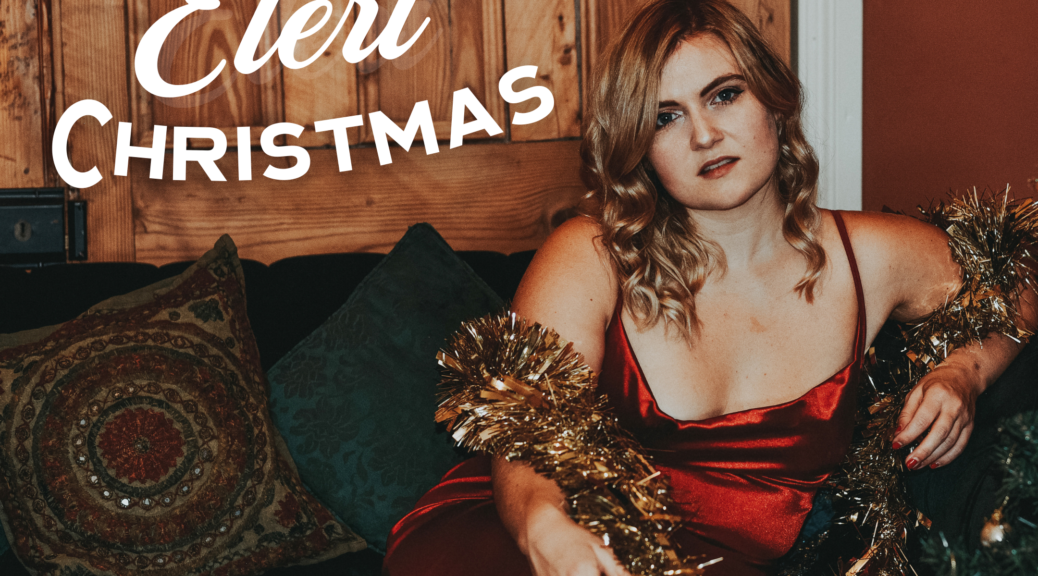 Welsh singer-songwriter Eleri Angharad is ending a successful 2021 on a suitably festive note. A Merry Eleri Christmas is a pleasant four-track EP that returns to her folk roots whilst retaining an element of that experimental pop that worked so well on her debut EP, Nightclub Floor.

Opening track ‘Homemade Christmas’ certainly evokes the feel of her 2019 album Earthbound, with a ballad-like piano and subtle sleigh bells contributing to a romantic story told with Eleri’s soft and harmonious vocals front and centre. The stripped back nature of her music means that her cover of Justin Bieber’s ‘Mistletoe’ is much slower, less boppier than the original. The effect is a version suitably forged in rural Wales rather urban Tennessee. Not that Celtic folk defines this EP.

‘Santa’s Little Helper’ retains the sultry pop of ‘New Sin’, speaking to an independence that is the opposite of the first track. There is an appropriately bluesy guitar in the bridge that adds to an overall sense of self-empowerment, expressed perfectly in the lyrics “Santa’s little helper I was never gonna be/ or a pretty little angel sitting on your Christmas tree”. The production here is far from that found on final track ‘Santa Baby’. It is surprisingly acoustic, offering none of the seductiveness found in some other versions; instead, returning to the playfulness of Eartha Kitt’s original but with much more innocence infused into the fun.

It ends an EP that is sweetly festive without being too sickly; is easy listening but not saccharine.