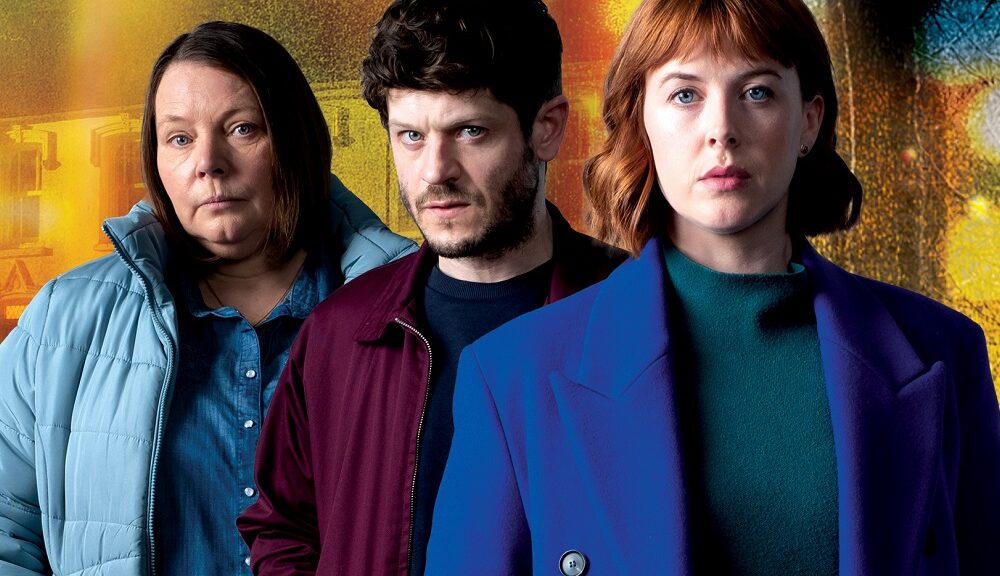 For such a highly-anticipated Welsh drama, Y Golau seemed to run the well-worn tracks of what has become the genre’s favoured train: the psychological thriller. Given its all-star Welsh cast, I expected something much more original and distinctly different from previous Welsh noirs like Hidden and The Pact. As a result, I felt underwhelmed by its decision to present yet another murder mystery, complete with the same familiar tropes as its predecessors. Not that there was anything inherently wrong with the production. It just simply didn’t thrill and engross in quite the way that it might have done had it not been in the guise of similar series that had gone before.

The typically rural setting and small-town cast of characters is one thing; but the desolate landscape, solemn music, and gloomy figures present yet another side to Wales that panders to the bleak and pedantic detail of the crime subgenre. Iwan Rheon plays the haunted convict who is released from prison having served a sentence for the murder of the daughter of Joanna Scanlan’s haunted mother. He returns to the town that is still haunted by the events of 18 years previously, his presence disturbing an uneasy peace which is exacerbated further by the re-appearance of Alexandra Roach’s journalist, who is looking for a story. The three of them give ample performances for what are very rare appearances in a Welsh-language outfit. Yet none command the kind of screen presence that has come to be expected of them. In particular, the animated spark that enlivens Scanlan and Roach’s appearance’ in No Offence is largely absent here. Instead, vacant stares obtrude their presentations such that it becomes difficult to make a significant emotional connection to their characters.

It is Ifan Huw Dafydd that gives the best performance here. He strikes a menacing veneer over his character Huw that is justifiably unsettling. It is no surprise that his growing presence onscreen and involvement in the central narrative coincides with the more compelling and intriguing parts of the drama. If anything, the return of his estranged daughter Shelley (played by Rhian Blythe) is the catalyst for the twists and turns that follow in the final two parts of the series. This is where Y Golau becomes gripping in a way that its shortcomings, up until this point, can be forgiven. It enters a similar phase to that of Yr Amgueddfa, whereby its web of disparate characters start to become interconnected, drawing the various strands of the narrative together to create a big grand finale. But whereas Fflur Dafydd manages to maintain interest in the opening episodes in spite of the expositional setting up of the story, Regina Moriarty’s script doesn’t possess the same hooks with which to retain the audience’s attention. The result is a requirement to persevere in order to be rewarded rather than being kept sufficiently entertained throughout.

In the end, Y Golau aims a bit too high. Issues of abuse and power are dealt with admirably. The final episode ensures the series ends strongly. But I expected more from this drama, not least because of the roster of Welsh stars that appear in its cast. Scanlan, Roach, Rheon, Hannah Daniel, Aneirin Hughes and Sian Reese-Williams, all lend it an air of quality that meant expectations were high. To then find a characteristic S4C offering in the mould of an Ed Talfan production that didn’t quite utilise the talent involved left me slightly dissatisfied. As a result, Y Golau lit up the screen but wasn’t a roaring success.