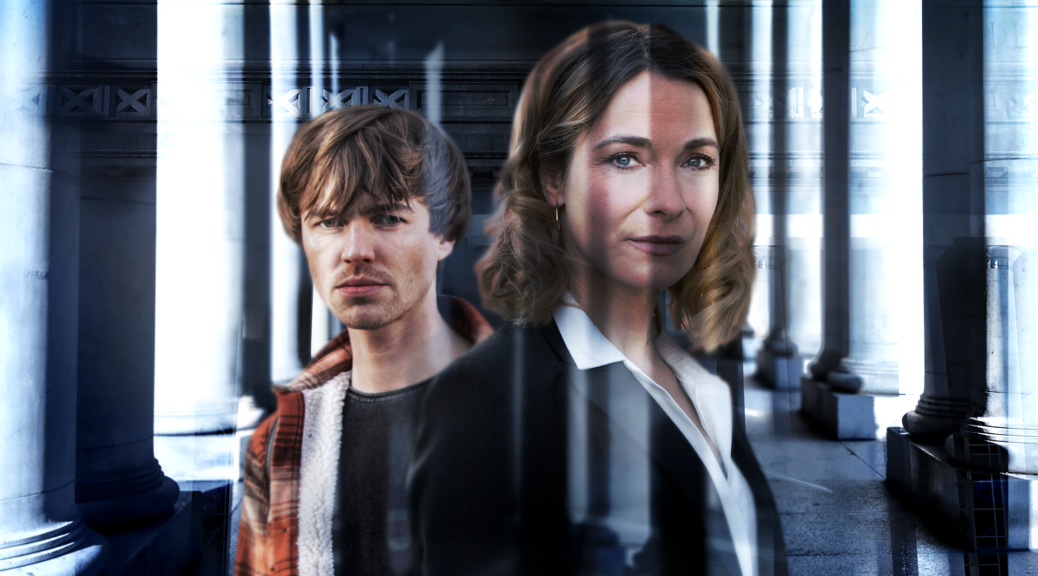 Two of my screenwriting heroes went head-to-head a couple of weeks ago. On BBC1, the master of social realism, Jimmy McGovern, brought us the incredible Time; and on S4C, thriller-extraordinaire Fflur Dafydd gave us the heritage-crime drama Yr Amgueddfa. The former may have been getting all the plaudits but the latter has not been without its supporters. The most prominent, Russell T Davies, has been shouting about it in the Radio Times no less. And deservedly so. For Fflur Dafydd has again created a drama that is well written, intricately woven, gradually builds tension, and offers plenty of twists and turns.

At first, it appears that Della (Nia Roberts) is the main character in the show. The opening scene sees her deliver her first speech as newly-appointed Director of the National Museum of Wales. The focus on her and her family gives the impression that these characters are going to be the bedrock of the series. And in some sense, they are. All have their own intriguing storylines that help flesh the drama out, making it a patchwork of stories that all, somehow, end up connecting as the series progresses. But the appearance of a mysterious young man called Caleb (Steffan Cennydd) in the grand entrance hall of the Museum in those first few moments, and his obvious attraction to Della, acts a bit like a red herring as, far from being the antagonist, he emerges over the course of six episodes as an empathetic protagonist.

It is testament to the clever writing of Fflur Dafydd and Steffan Cennydd’s subtle performance that Caleb is imbued with an ambiguity that keeps the viewer guessing his real motives throughout. One minute he appears vulnerable and fragile; the next, suspicious and manipulative. He seems to be seducing Della at one point, earning her trust to gain access to files from the Museum. Then, at another turn, he seems genuinely in love with her and self-loathing in his actions. Dafydd really plays with our perceptions of the character, as she does with so many here. This is what she is best at: subverting our expectations and playing with the objectivity of truth. Cennydd, for his part, ensures that this is achieved through minimal expression that is precise in its execution; and a deceptive amount of flat emotion that keeps us wondering who he is and what his intentions are.

Nia Roberts may be formidable in the role of Della, but it is Cennydd as Caleb that emerges as the most fascinating person in Yr Amgueddfa. It may not be as high-octane as its sister production, Y Llyfrgell, but it is as absorbing in its mystery and suspense. The fabulous sets and expansive scenes may have been a result of Covid protocols but they also give the impression of a sleek and modern Wales that is far removed from the rural stereotype. Fflur Dafydd has again collaborated with producer Paul Jones to create a series that is full of colourful characters, none of whom are wasted, all caught up in their own well-written subplots that gradually feed into the grand narrative. It has clearly struck a chord with viewers given its extended run on Clic and BBC iPlayer. So if you haven’t seen it yet, make it a priority for your summer viewing. You won’t regret it.