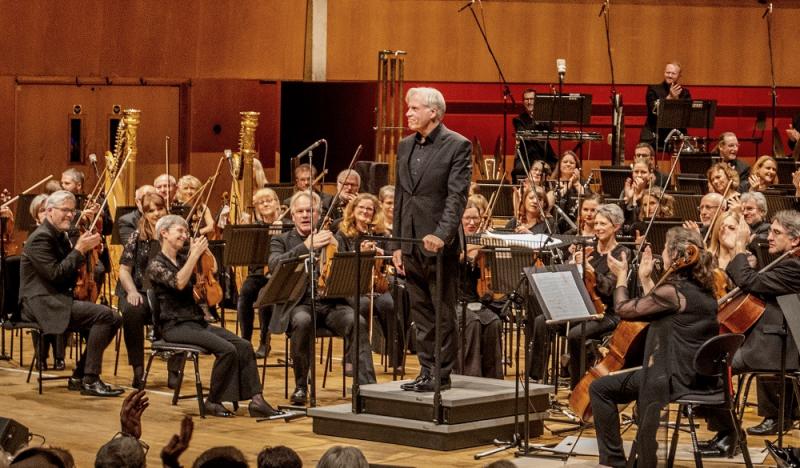 The Cardiff Classical 2022-23 continues with its latest concert at St David’s Hall, featuring one of the finest symphonies by one of the greatest Romantic composers. German conductor Markus Stenz leads the BBC National Orchestra of Wales through Gustav Mahler’s 9th Symphony, the last completed symphonic work before his death in 1911.

The 9th is something of a culmination of Mahler’s lifelong fascination with death, which we can trace from the ‘Polka with Introductory Funeral March’ which he composed aged seven. That doesn’t mean Mahler was aware of his unravelling mortal coil when composing the 9th, although – like Beethoven and Schubert before him – he died without completing his 10th symphony. After losing his daughter and being diagnosed with severe health issues himself, Mahler moved his family to their summer residence on the Austro-Italian border, to grieve and to recuperate. The gorgeous natural surroundings of Toblach were one of the key inspirations behind his final work, and its fascination with nature can be heard in every note, from the earthy second movement to the volcanic eruptions of the third.

And, as conductor Markus Stenz mentioned in the excellent pre-show talk with Jonathan James, you have to be personal with Mahler – the success of any performance is about what you put into it. It’s no surprise, then, that performances of any Mahler piece can vary significantly in timing and style (including those conducted by the man himself!) To play any piece of music is to be in dialogue with the composer – and Stenz’s connection with Mahler is positively subatomic. He received a German Critics’ Award for his recording of Mahler’s 5th with the Gürzenich Orchestra, and conducted Mahler’s 2nd with the City of Birmingham Symphony Orchestra earlier this year.

Stenz, who studied with Bernstein and who has performed on three continents this season already, is a characterful and expressive leader who embodies every emotion of Mahler’s vivid tapestry. The Orchestra is on fine form, and there are myriad ‘Mahler Moments’ to be enjoyed here, including a slew of terrific solos by the NOW’s finest, from lead violin Lesley Hatfield to principal percussionist Chris Stock (who, before the concert began, was presented with the Royal Philharmonic Society award for his charitable work in Patagonia).

While many Mahler symphonies journey from darkness into light, the 9th goes from the living to the otherworldly, with Stenz and the NOW seguing seamlessly from the frenetic bombast of the Big Bang to the emotional serenity of the closing Adagissimo. These fading refrains, according to Adorno, marked the first steps into modernity. Having begun with a universe bursting into being, the symphony culminates in a peaceful acceptance of mortality; a beautiful controlled stillness, like lying in the grass looking up at the stars. While death is inevitable, Mahler crafts beauty in its last breath – and Stenz and the string section’s delicacy and restraint are positively unearthly here, as together they conjure heaven in the Hall.

Stenz returns to Mahler (Adagio from Symphony No. 10) in January with the Philharmonia Zürich, after conducting the Hungarian State Opera Orchestra through Wagner’s Operas in December. He will tour across Europe and America through next year, conducting pieces from Beethoven and Bruckner to Tchaikovsky and Liszt. The BBC National Orchestra of Wales continue their spellbinding 2022-23 season with Stravinsky, Ravel and Boulanger, conducted by Sofi Jeannin, at BBC Hoddinott Hall at the end of November before playing a succession of Christmas concerts in Cardiff and Swansea.