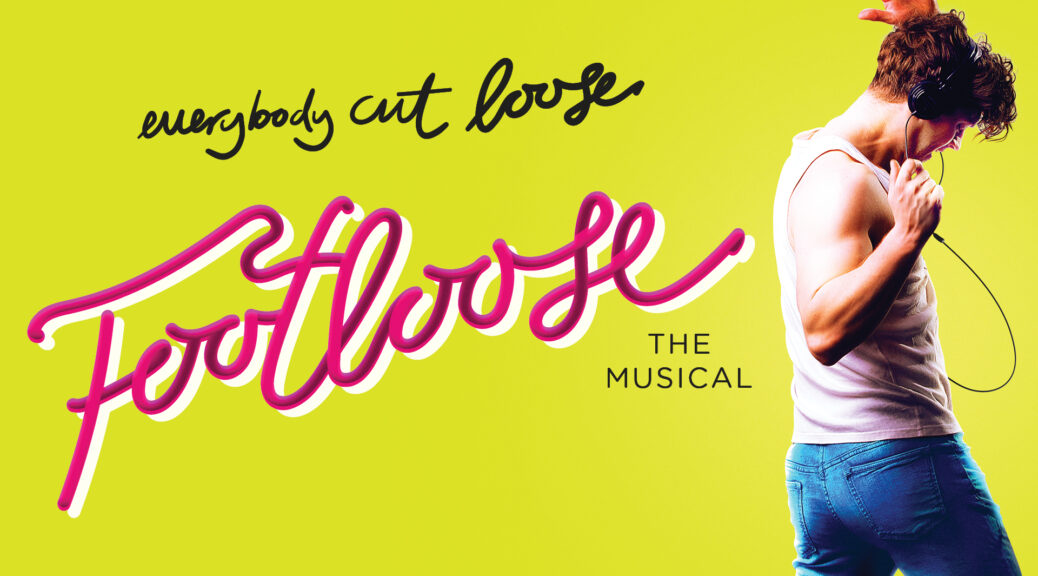 In the Year of our Lord 1984, a hero rose from obscurity to show a nation – nay, a world – how to lose its blues. The hero was Kevin Bacon, the movie was Footloose, and the story of a teenage boy who convinces a small town to dance again became legend. Now, the creatives behind the ultimate 80s feelgood film have brought it to the stage in a brilliant new musical: a blood-pumping, barnstorming thrill ride that’ll get you out of your seat and onto your feet!

Daniel Miles (filling in for Joshua Hawkins) is fantastic as the rebellious Ren, stepping into Kevin Bacon’s dancing shoes with ease. Star of stage and screen Darren Day does a superb job as the Reverend Moore (his interactions with the crowd are a highlight) and Lucy Munden makes a very impressive stage debut as his daughter Ariel.

Every single person on the stage gives a 5-star performance and no-one misses a step, a note or a beat – no small feat, given that the actors are constantly having to swap between costumes, props, and instruments. The multitalented ensemble is on top form, bringing fun and flair to 80s classics like Holding Out for a Hero, Almost Paradise, and Let’s Hear it for the Boy – not to mention the riotous title track, brought to bubbly new life here – but X Factor star Jake Quickenden might just run off with the whole show.

Playing Ren’s redneck wingman Willard, and simultaneously making the case for Magic Mike: The Musical, Quickenden has the charm and the chops to land every comedic curveball that’s thrown at him. I won’t spoil the best musical number but let’s just say if you’re holding out the a hero, you won’t be disappointed (Kylie Minogue, eat your heart out…)

Fun, frothy and fabulous, Footloose The Musical will truly get you to kick off your Sunday shoes and lose your blues!