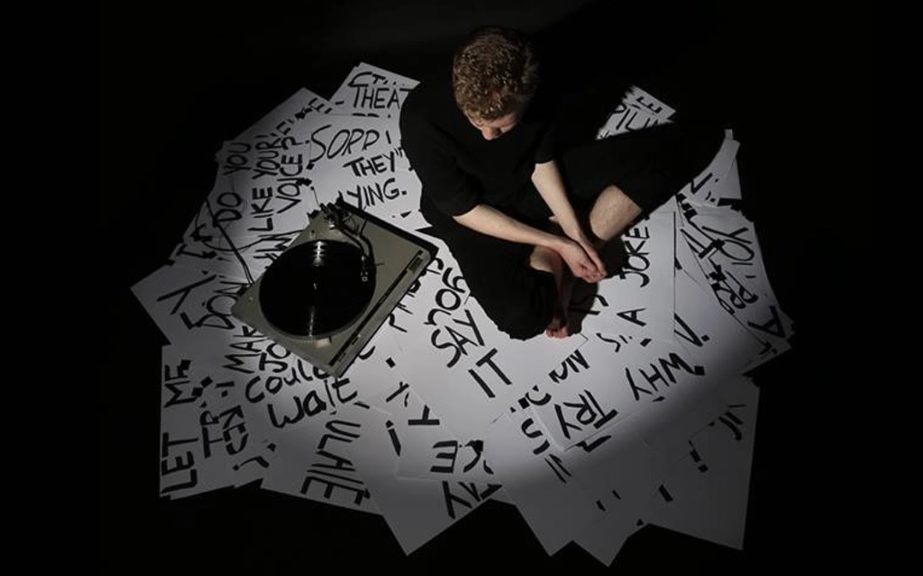 Just a Few Words explores the psychological and emotional impact of having a stutter. How that affects your everyday life and indeed, your love life. We follow our protagonist (Nye Russell-Thompson) as he struggles to tell the woman he loves how he feels.

I’d heard a lot about this piece and my main worry going in was that the writing would be structured poorly. This isn’t a worry that need be had. The writing from Russell-Thompson is brilliantly structured as we follow the protagonist’s journey through his mind, preparing what to say.

Just a Few Words is frustrating at times as a slow-moving piece of theatre, deliberately so. This allows the audience to imagine, if not feel, the frustration that can be felt with a stammer. Not to pity but understand. You never feel sorry for the character which is a real strength of the piece. He feels like someone going through something which is presented as normal and relatable.

A one-man-show created and performed by Russell-Thompson, you can’t help but notice how this is more real to Nye than it would be to another actor. Even without the knowledge of who he is. This is a credit to his abilities as an actor, but also serves as a note to organisations who don’t hire disabled actors to play the roles their disabilities represent.

The debate about stammering being a disability will continue, a debate I’m not qualified to comment on and one this production doesn’t claim to solve. But what this play does present clearly is that Just a Few Words is stronger because of Nye’s personal performance. And it is the character’s emotive story that is the main strength of Just a Few Words.

The music and sound utilised in the production are excellent. From stuttering on an Otis Redding love song played on a record player in the beginning, to a grainy, static from said record player that runs for the entirety of the play. The sound is simple but adds a huge amount to the ambiance.

The minimalist set is great too. A record player in one corner, a table in another and the use of pre-written cards which act as subtitles for our protagonist’s thoughts that scatter around the stage complete the show and makes it everything fringe theatre should be.

Just a Few Words is an excellent and relatable portrayal of life with a stammer, blending a beautifully minimalist approach with powerful writing.

Just a Few Words is part of The Other Room’s ‘Spring Fringe’ curated spring season. One of eight shows coming to Cardiff’s only pub theatre over eight weeks. Tickets can be found for the upcoming Spring Fringe shows HERE, with an ever-growing discount for the more shows you book.