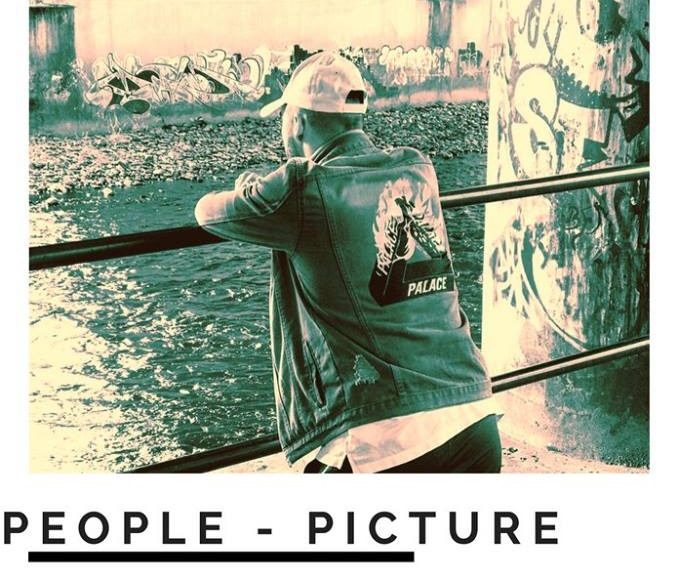 With ‘People – Picture – Power – Perception’ (PPPP), Avant Cymru set out to explore what Welsh Hip-Hop theatre is and to showcase the hip-hop talents of Wales at the Chapter Arts Centre as part of the 2018 Cardiff Fringe Theatre Festival.

As the title suggests, the piece portrays people, gives them the platform to show their picture, which gives them the power to change the perception surrounding hip-hop. In the mainstream, hip-hop is portrayed as specifically rap with themes of drugs and gangs. A major worry when attending this performance was that it would be too much like this. I have had experiences with Welsh hip-hop before and it has been limited to that field.

However, Avant Cymru do not fall into this trap. If you’re not aware, allow me to give a very brief history and explanation of hip-hop culture. Hip-hop culture consists of four main art forms known as the four pillars of hip-hop; emceeing/MCing (rapping/singing/spoken word), DJing (beat production, beat-freestyling, beat-boxing), breaking/break-dancing and graffiti art. It started in New York and has grown into the one of the biggest art movements in the world.

Jonzi D, a pioneer of hip-hop theatre, was told at his dance school, “Hip-Hop is not valuable for the theatre,” before going on to define what British hip-hop theatre is, with the help of people like Akala who created the Hip-Hop Shakespeare company. And now, we have Avant Cymru attempting to do the same in Wales, with specifically Welsh artists, Welsh voices and Welsh themes.

Starting with the DJing, mostly produced by Jamey P, the beats used for ‘PPPP’ are exceptional. The production is one of the outstanding elements of the show. The production always fits, sounds incredible and even when left to stand alone is enjoyable.

Beatbox Hann performs his championship-winning beatboxing skills very well. His accolades and CV speak for themselves, but here he showcases real talent. Understanding when to blend into the background and when to come to the forefront.

The stand-out section of the show is a piece between Hann and breaker, Bboy Flexton (James Berry). It starts with Flexton sat at a table, whilst Hann starts creating a beat with his vocal chords. He mixes this together on what appears to be an MPC of sorts, so each sound loops and eventually builds into a beat. Eventually, Hann turns the beat off and starts beatboxing on his own.

Whilst this happens, Flexton starts to break into a dance. At first it isn’t exactly clear what is going on but as the dance progresses we see Flexton appear to hold a gun to his head before wrestling it away. This collaboration of beatboxing and breaking works very well and appears to portray a kind of suppression of violent outburst and possibly suicidal thoughts. It certainly would be interesting to see a slightly extended version of this.

Moving onto the breaking, and Flexton pops up again, portraying an aggressive nature. However, Flexton is the only breaker that seems to portray a specific type of character. This is not a fault of the breakers themselves, at different times they all proved themselves to be talented dancers. It is more a fault in the choreography and direction of the show. The expression could have been more clear at times. It will certainly be interesting to see the difference between this show and Avant Cymru’s upcoming ‘Blue Scar’, another hip-hop theatre show with more of a set story.

The emceeing is of a very good standard. Occasionally repetitive, but very good at getting the point across. Rufus Mafasa, Maple Struggle and Jamey P all perform well. The themes do jump around a little bit, but the lyrical content, delivery and flow are all strong. The highlight is Maple Struggle’s song, Quit Mooching, which starts with Maple Struggle getting left with the bill after a date before breaking out into a song about his perception of how some women will use men as well as general materialism.

The graffiti used in the performance is minimal. The piece as a whole could really capitalise on the art form better. There is a stylistic writing of the piece’s title on a screen off to the right of the stage and on a screen at the back of the stage, at times are pictures and moving pictures of graffiti. However, even sitting at the front it was hard to make out exactly what the graffiti was and certainly wasn’t used as well as it can be. The simple set worked well, but could do with more graffiti.

The main theme of the show is gender which is explored thoroughly. Toxic masculinity is portrayed particularly well by Bboy Flexton with the aggression as well as suicidal thoughts. An issue very specific to toxic masculinity and very important in the South Wales region. Rufus Mufasa also had powerful moments of feminist lyricism and generally portrayed herself as a powerful woman. Some of the breaking could be more clearly focused on this theme.

As far as is it worth seeing? Yes, it is worth seeing. It’s not the most rehearsed piece of hip-hop theatre or the most concise. But in terms of exploring what Welsh hip-hop theatre is, it is pioneering. If you’re a fan of or are involved in hip-hop then definitely see this if Avant Cymru ever bring it back. If you’re not into hip-hop, then I recommend seeing this for a positive introduction to hip-hop.

After the show there was a bit of a freestyle from those involved and some from the audience and the feel of community this gave off was beautiful. As a hip-hop fan, it was great to see the true power of hip-hop community shine bright.

As this was a once-performed show with no known future dates, go and check out Blue Scar by Avant Cymru at the Park & Dare Theatre in Treorchy on July 12th and 13th and at the Edinburgh Fringe Festival. Much of the same cast will be involved and the preview they gave at the end was very good.