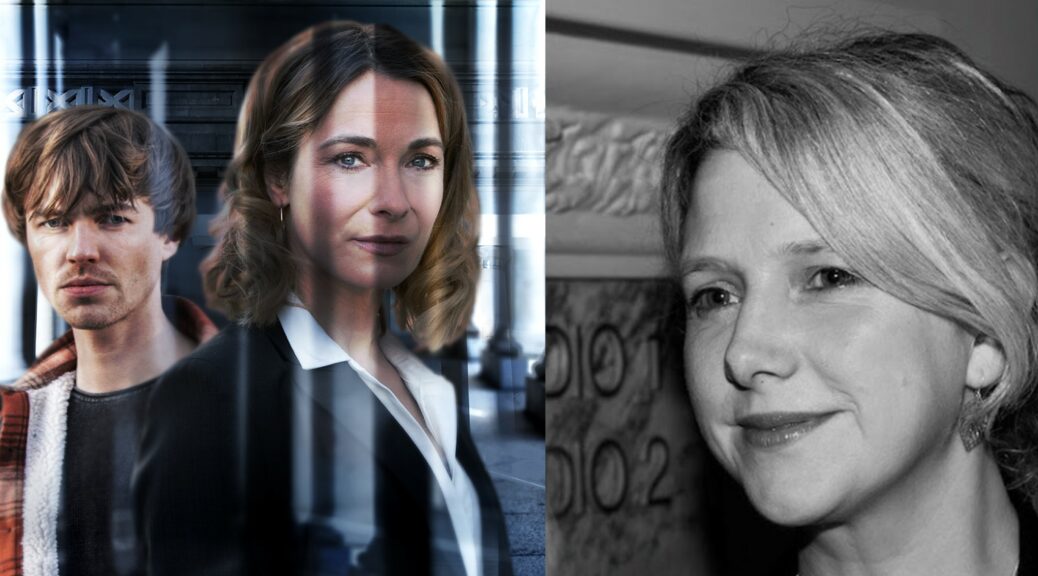 In this latest interview, Get the Chance member Gareth Williams chats to screenwriter Fflur Dafydd. Their chat takes place in the form of a podcast, the second in a trial series in conversation with Welsh creatives. Fflur talks about her latest series, Yr Amgueddfa, as well as the writing process, her creative journey, Welsh identity, memory, and Welsh TV drama.

To find out more about Fflur, visit her website here, or follow her on social media @fflurdafydd.

You can watch the whole series of Yr Amgueddfa on BBC iPlayer here.

The Director of Get the Chance, Guy O’Donnell recently got the chance to chat to Lynwen Haf Roberts. We discussed her career to date, professional development opportunities in Wales and Memory Jar / Jar Atgofion at the Sherman Theatre on Thursday, March 16.  An event to showcase new writing in aid of the Alzheimer’s Society. Hi Lynwen great to meet you, can you give our readers some background information on yourself please? After graduating from Trinity University College, Carmarthen in 2010, I started my career as an actress in Theatr Genedlaethol Cymru’s touring production of “Deffro’r Gwanwyn” (the Welsh translation of Duncan Sheik and Steven Sater’s musical “Spring Awakening”) and haven’t looked back since. I’ve been fortunate enough to have worked with some of Wales’ top theatre companies, including Theatr Na N’Og, Fran Wen, Arad Goch, and more recently with The Other Room at their “Young Artists Festival”. I was also a series regular on Welsh soap opera “Rownd a Rownd” for 2 ½ years.
So what got you interested in the arts?
The arts have always been a part of my life – I can’t really remember a time when I wasn’t performing or taking an active interest in the arts! In the area where I was brought up in Montgomeryshire there was a great interest in Welsh culture and the arts, and so the local Eisteddfodau became my stomping ground, and gave me the opportunity to perform and practice my craft. It also helps that I’m a massive show off – there are stories of me re-enacting scenes from Disney films in the living room!
You are producing an event called Memory Jar / Jar Atgofion at the Sherman Theatre on Thursday, March 16 at 7:30 PM – 11 PM. Can you tell us more about this event? Memory Jar/Jar Atgofion is a bilingual script evening that will be held in Sherman Theatre foyer. Four stellar playwrights – Chris Harris, Susan Kingman, Carys Jones and Matthew Bulgo – have submitted four brand new 10 minute pieces for the event, which will be directed by Chelsey Gillard and Izzy Rabey, and performed, script in hand, by a handful of local actors. It’ll be a relaxed and intimate evening of new writing, that’ll also serve as a fundraiser for a charity that’s very close to my heart, the Alzheimer’s Society.
Why did you choose Memory as a theme?
This event is part of a wider fundraising campaign for the Alzheimer’s Society – in October of this year, I will be partaking in a charity trek for the Society along the Great Wall of China and have a target amount that I need to raise prior to that trek. In order to tie the event into my fundraising efforts, it made sense for me to choose Memory as a theme. It also intrigued me how the playwrights would deal with said theme – although the event is a fundraiser for a very specific charity, I didn’t want the pieces to all be an analysis of Alzheimer’s and Dementia; I wanted a variety of plays to be presented, and the theme of Memory offers a wide scope, I think!
https://www.justgiving.com/fundraising/Lynwen-Haf-Roberts
How can we buy tickets?
Tickets are available on the door, so there’s no need to pre-order, however, should anybody want to show an interest in attending, I encourage them to visit the Facebook event page :
https://www.facebook.com/events/1301902726522457/
If you were able to fund an area of the arts in Wales what would this be and why?
Without a doubt, I think that we need more support for new and emerging talent, both on stage and off. In particular, I feel that there’s very little encouragement for people to pursue careers as producers, artistic directors and casting directors; people who understand what’s going on locally, and who could really sound the trumpet for local, undiscovered talent. More money could, for example, be utilised to set up training/shadowing schemes in the above fields, which could, potentially, give enthusiastic young artists the chance to be paired up with established names and learn their craft from people within the industry.
What excites you about the arts in Wales?
I feel that, especially over the last two years, many grass roots projects are being set up and filling gaps in the industry that have been over looked of late. For example, having The Other Room as a sort of “home” for fringe theatre has inspired many smaller companies to follow suit and start producing new, cutting edge work, while projects like Leeway Productions’ “10 Minute Musicals” and Dan Fulham’s “Hello Cabaret” evenings are creating a platform for musical theatre performers and composers that has been non-existent until now. And that’s even before we start mentioning the national and international connections that are being forged by theatres such as Sherman Theatre and Theatr Clwyd, which means that Welsh work is being presented to audience over Offa’s Dyke and beyond. Nowadays, it’s not necessarily the case that you HAVE to be in London to see or be a part of great theatre – we in Wales are more than capable of producing top quality work, both on the fringe scene and the main stream circuit, and that, to me, is truly exciting.
What was the last really great thing that you experienced that you would like to share with our readers?
I think it’s difficult to think of a piece that both delighted me and horrified me in equal measure as much as “Looking Through Glass” did last December at The Other Room. It was manic; it was sadistic; and it was deliciously dark. I loved it!
Thanks for your time Lynwen.