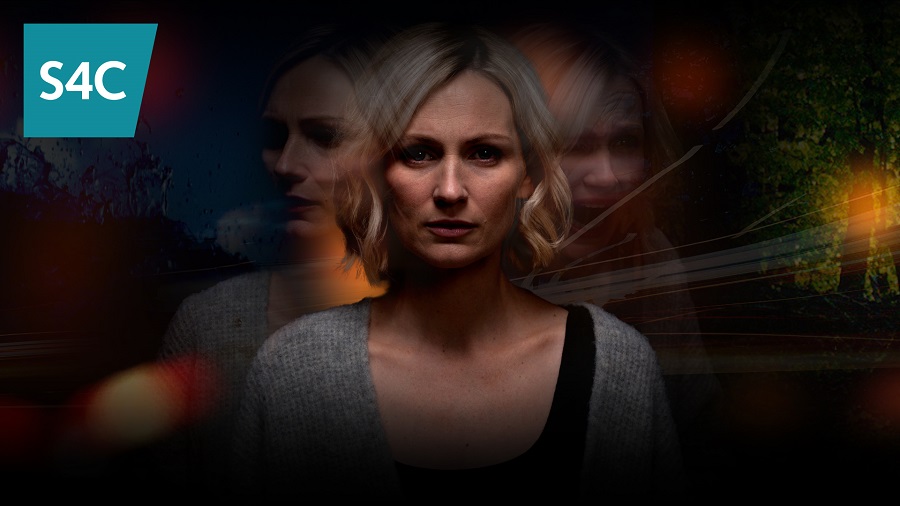 Hannah Daniel gives an impressive performance in S4C’s latest drama series, Bregus. She is almost unrecognisable from her best known role to date, playing straight-faced, sharp-tongued lawyer Cerys in Keeping Faith. Instead, she takes on the character of high-flying surgeon Ellie, whose vulnerability and fragile mental state begin to unravel following the sudden death of her sister, Luce (played by Sara Gregory). Daniel manages to create a richly compelling personality, surrounding her with an air of mystery that is greatly enhanced by the use of camera, music and cinematography. In doing so, she makes the transition from supporting actor to leading lady with aplomb. No doubt awards will follow.

The series begins almost as a mirror image of Keeping Faith, with Daniel adopting the organised chaos of the married middle-class professional with kids first thing on a weekday morning. The initial picture that is painted is one in which everything appears perfect. Life is good. But then an unexpected twist turns everything upside down. Where Bregus then veers from Keeping Faith becomes more apparent, not least in the actions of Ellie, whose accompanying blank expressions could not be more different from the swirling emotion conveyed by Eve Myles as Faith. This is where Daniel excels in producing a sense of detachment both within the drama itself and from us, the audience. She becomes something of an enigma. The lingering close-ups, jarring soundtrack and surrealist techniques all contribute to this unknown element. But it is what surrounds the dialogue between Ellie and husband Mart that really unlocks the general feeling of unease that accompanies the strangeness of this drama.

It is not about what is said so much as what is not said that makes Bregus so intriguing. The surface dialogue contains such rich subtext that it is hard not to be gripped by the exchanges of Hannah Daniel and Rhodri Meilir in particular. Meilir is perfectly cast as the quietly controlling Mart. His ability to play a character with such threatening calmness is ideally suited here. There is always a sense of an ulterior motive behind his composed exterior which, like in his previous role as Bill in 35 Diwrnod, is never quite confirmed until the final episode. In the meantime, it is the suspicion that surrounds him that helps build tension here, with the revelation of his character’s true nature being even more powerful when it finally comes. It is in the final scenes that everything that has been bubbling underneath the surface is suddenly unleashed in explosive fashion. The dialogue then becomes explicit, so carefully crafted as to cut like a knife, and revealing Bregus as a beautifully feminist piece that is incredibly moving to say the least.

Bregus is this wonderful mix of mystery drama, psychological thriller and family psychodrama. At its heart is a wonderfully complex female character whose actions are often far removed from the stereotype. Hannah Daniel portrays Ellie exceedingly well as a mother, wife, friend and surgeon who is not immune to the challenges and external pressures that come with these roles. Her responses are often unexpected and at times surprising, which is partly what makes this drama so absorbing. Its sense of intrigue is elevated by music that is so resonant at times that it overwhelms; close-up shots that are so immersive that they enthral; and the use of surrealism such that one is never quite sure whether what Ellie is experiencing is real or not. It is in the subtlety of expression alongside the dialogue though that should be particularly commended. Daniel and Rhodri Meilir excel at this, though the rest of the cast have their moments too. It is in the mystery at the heart of these relationship dynamics that makes Bregus such a fascinating watch. And it is the vehicle through which Hannah Daniel finally announces herself as a solid and very capable lead.