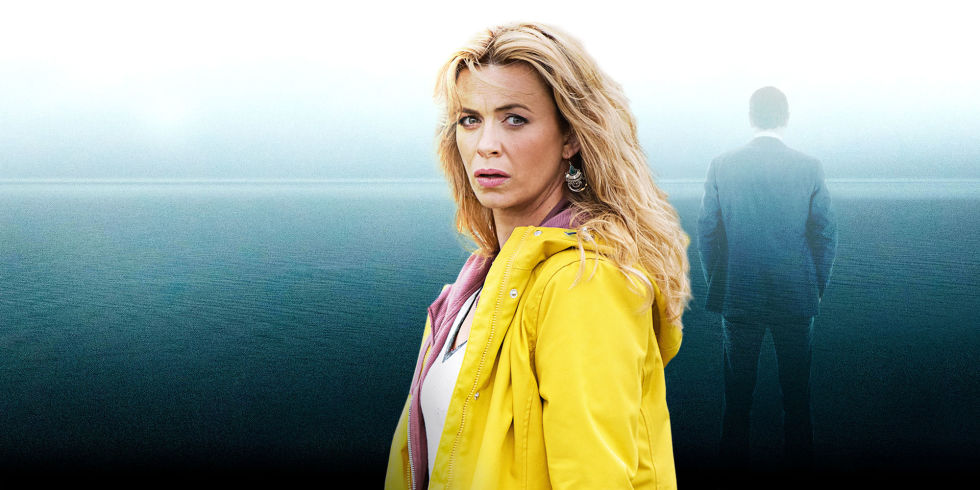 There is a moment in the final series of Keeping Faith when Eve Myles becomes Celia Imrie. The transformation is extraordinary. There is no CGI or special effects; rather, just Eve Myles doing what Eve Myles does best. It’s why we’ll miss her as Faith, the gutsy, emotional, steely and vulnerable lawyer who has been through the ringer, so to speak, over three series of the hit Welsh drama. Throughout that time, Myles has more than embodied the character. She has become her. And in this, her final swansong, Imrie has matched her star quality as Faith’s cold, manipulative and deliciously deceitful mother, Rose. Together, the two of them have simply sparkled onscreen. Their sparring matches have been so emotionally explosive that they have enthralled and exhilarated in equal measure. The introduction of Faith’s backstory has been a stroke of genius by the show’s creator, Matthew Hall, and these two acting heavyweights have helped to make it so. However, they are by no means the sole contributors to its success.

What made the first series of Keeping Faith so hugely popular was not just the superb acting talent of Eve Myles but the strong cast of characters that surrounded her. Keeping Faith has always been, at its heart, a drama about family. It is to Hall’s credit that he has managed to retain this as the central focus, the effect being, in this final series, a real depth to those supporting characters, whose arcs are as important to and invested in by the audience as Faith’s. Catherine Ayers deserves special mention for her heartrending portrayal of Lisa’s alcoholism, the scene at her first AA meeting being one of many powerful moments in this final series. The quiet resolve grown in Tom by Aneirin Hughes is another that has been beautiful to watch, with the presence of strong women, such as Suzanne Packer’s Delyth, being key to this change. I have loved watching Demi Letherby and Lacey Jones grow in their roles as Alice and Megan respectively, each bringing a different temperament that perfectly matches the stubbornness and fragility of Faith herself. Then there is the warm and gentle manner of Steve, who is played to perfection by Mark Lewis Jones, opposite the increasingly jealous and controlling Evan, played by Bradley Freegard. These two men have been magnificent, circling around the magnetic Myles with performances that have helped steer the romantic element away from soppy sentimentality, and ensured that the depiction of a relationship breakdown has been studiously honest and suitably dramatic. Such significant attention to detail has been the difference in ensuring that Keeping Faith has not just been engaging drama but has won the devotion of many fans too.

This devotion has also been generated, in no small part, by its memorable soundtrack. Amy Wadge was rightfully recognised for her musical contribution to the original series, with ‘Faith’s Song’ proving incredibly popular even outside of the series’ run. It returns in this final instalment with a greater appreciation than its more intrusive presence in series two. There is a mixture of recognisable favourites and brand-new compositions, all of which complement the action onscreen. It is in the final scenes though that the emotional weight of the title track in particular is laid heavily on the shoulders of the audience. The complete absence of music in the last episode before this point contributes to the tear-jerking moments that follow. The appearance of Osian (Keogh Kiernan) – having survived the operation that Faith fights so hard for in this series – Alice’s poignant speech, and the intimacy of Faith and Lisa as they walk across the beach to the sea, is enough to get the lip quivering. But it’s the presence of that iconic yellow coat, now firmly worn by Faith, and accompanied by her song, that really starts the waterworks off. It ensures a truly satisfying end to a show that has changed the face of Welsh drama, and been taken to the hearts of so many in Wales and beyond.

From its humble beginnings as Un Bore Mercher on S4C to its primetime slot on Saturday night BBC1, Keeping Faith has been a juggernaut of a drama. It is rare that I get on my hobby horse but I think it’s important, given the constant criticism levelled at its news output, that the future of the BBC and its licence fee is not debated on such a narrow-minded understanding of the corporation to the detriment of gems such as this. Keeping Faith demonstrates the BBC’s commitment and ability to produce quality Welsh drama that is made in Wales, for the people of Wales, but with the potential to reach beyond Wales too. It may not always get it right (see Pitching In) but without it, there is little evidence to suggest that the commercial channels will step up to the mark. The Pembrokeshire Murders (ITV) may represent a rare foray into Welsh representation. However, its risk-taking (a true story crime drama) leaves a lot to be desired. Keeping Faith is unlikely to have been made without the backing of the BBC & S4C. Could its success herald the possibility of a sea-change? I doubt it. But whatever happens, we will always be grateful for Faith Howells. So thank you, Matthew Hall. Thank you, Eve Myles. Having just watched the final episode of Keeping Faith on BBC Wales, I’m asking myself: Is this a golden age for Welsh television drama? Hinterland was critically-acclaimed. Bang featured in the national press. Gwaith/Cartref continues to be a marker for quality Welsh-language drama. Parch has just entered its third series. And Craith will be broadcast in the English language later this year as Hidden. It appears that one cannot move for drama made in Wales. And it’s about time too. Gone are the days when S4C was presumed to be solely for first-language Welsh speakers. Once, BBC Wales-backed dramas were so few and far between that their broadcast almost felt like a national event. Now, subtitles are no longer a barrier, in large part thanks to the phenomenal success of The Killing. Meanwhile, BBC Wales will be following up Keeping Faith with Hidden later this year.

Of course, quantity does not automatically mean quality. However, in the case of the above, quality most certainly matches the output. In terms of Keeping Faith, this has not only been reflected in its incredible cast of Welsh actors but in the gripping storyline and its atmospheric soundtrack. So, if you haven’t managed to catch it yet, here are three reasons why you should go to BBC iPlayer and download the series:

Fans of Torchwood and Broadchurch will already know the brilliance of Eve Myles. Personally, I’ve run out of superlatives to describe her acting skills. Here, she plays the lead character Faith, wife to Evan (Bradley Freegard), mother to three children, and a lawyer in her husband’s family firm. One Wednesday morning, her life is turned upside-down when Evan leaves home and disappears without trace. Over the course of the next eight episodes, we see this strong, no-nonsense woman face the most challenging emotional, professional and personal pressures of her life. In doing so, Myles produces a character of incredible complexity with seeming simplicity. She manages to wholly embody her character and, as such, Faith’s every expression is drenched in meaning. There is a moment in episode two, for instance, when her vacant stare manages to reveal a plethora of internal emotion. We see her frustration, pain, anger, sadness and confusion all packed tightly into that single expression. Only the best actors can convey so much through doing so little. This is not to say that Myles’ natural physicality does not also enhance the strength of her performance. There is a wonderful moment in episode six, in the boardroom of the law firm, where Faith’s frustration and joy is brilliantly conveyed through the movement of Myles. In this same episode, when Faith is in conversation with Gael Reardon (Angeline Bell), Myles moves so quickly from a smile to a frown that it adds a light humour to the serious nature of the circumstances. In so doing, we learn so much about her character. It is these small moments, in which so much is communicated, that make this such a standout performance. She really is one of the best actresses of her generation. The Music of Amy Wadge

Alongside Eve Myles, the music has got to be the star of this show. It is beautifully constructed, weaving in and out of the series like the ripples of water in the opening titles. Written, composed and performed by Amy Wadge, it is gorgeous in its simplicity and captivating in its tone. It is a bit of a coup to land a woman who has written songs for some of the biggest stars in the music industry (Ed Sheeran and Kacey Musgraves among them). Yet her star quality is surely what elevates this soundtrack to become a powerful narrator within the series. Wadge has clearly spent time with the character of Faith, connecting so deeply with the character’s emotions that at times the music speaks what no dialogue could. As such, it perfectly complements Myles’ performance, even enhancing it at times. Before going out to buy the soundtrack however, I would recommend a listen to the Welsh translation, sung by Ela Hughes. If you like the originals, you will love these Welsh-language versions.

Keeping Faith is first and foremost a drama about family. The mystery of Evan’s disappearance may be the hook, but the central focus is on the family. To this end, Matthew Hall has enabled the series to steer the course of eight episodes without ever overstretching the plot twists or exhausting the narrative threads. It enables us to remain intrigued by the disappearance of Evan whilst giving us a fully formed world of characters all with secrets of their own. As a result, the central mystery becomes laced with other mysteries as the web of family affairs widens. It is not only the marriage of Faith and Evan that is put under the microscope, but those of Tom and Marion (Evan’s parents) and Terry and Bethan (Evan’s sister) too. Add a cast of corrupt police officers, a criminal underworld and a client that has feelings for Faith and there is no shortage of action. All that is left is to give a nod to some of the cast for bringing Hall’s intriguing narrative to life so vividly, among them Mark Lewis Jones (Stella), Aneurin Hughes (Hinterland) and Matthew Gravelle (Broadchurch). What do you think? Is this a golden age for Welsh drama? And what are among your favourites? Answers on a postcard (or in the comments below).