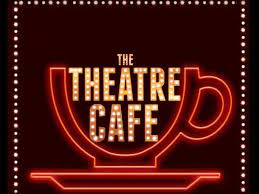 The idea behind this brand-new diner in the middle of London’s Theatreland has its origins in the heart of New York’s theatreland. Based on Ellen’s Stardust Diner, theatre goers can now be fed and entertained just a stone’s throw from the beating heart of the West End.

For those who may fear the idea of being serenaded, I can dispel that fear straight away. You can be involved or want your own space as much as you’d like. Either way, you’ll feel comfortable here.

Food is standard American diner fayre, burgers, hot dogs, potato skins, onion rings – all with a musical theatre named slant (Show me the meaning of being loaded my personal favourite – potato skins with cheese and chive and bacon bits). Honestly didn’t think the food would be that great – quite surprised – full of flavour and cooked well. Okay, so you weren’t expecting a full dining review here I know, but what makes this diner special and worth the price you pay for food, is the entertainment.

Like Ellen’s Stardust Diner in NY, your server’s will at some point pick up the microphone and start belting out a West End anthem. Whilst we were there, we had two numbers from Six, Les Mis and You’ll be back from Hamilton.

This is where this diner becomes something special. Yes, you can have food at any of the other establishments along Shaftesbury Avenue, but I’m hazarding a guess the staff there aren’t as fun – or friendly, or talented too!

It’s possible on a sitting eating a Aaron Bur-ger, you could be witnessing some nugget of West End talent before their big break happens. This is one of the reason this diner exists. Not everyone can be working in musical theatre, and who knows that one lucky break could be a portion of fries away.

We do have footage of our time in the Diner with some of the talented people we witnessed, and I’m sure we’ll share this eventually. But for now, you’re only chance is if you book a table (walk ins not guaranteed), and as the song from Hamiliton goes, you’ll be Back!