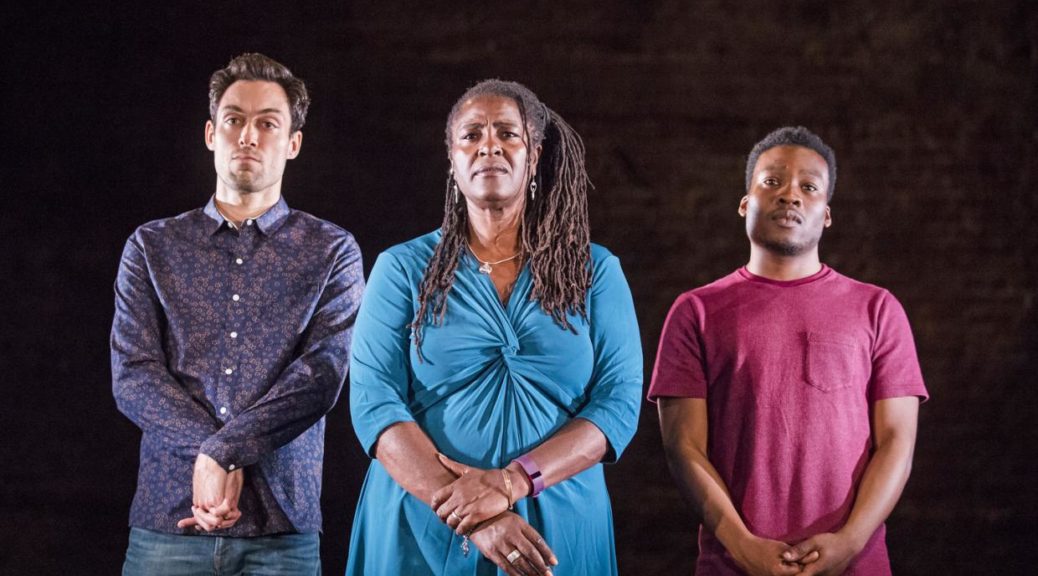 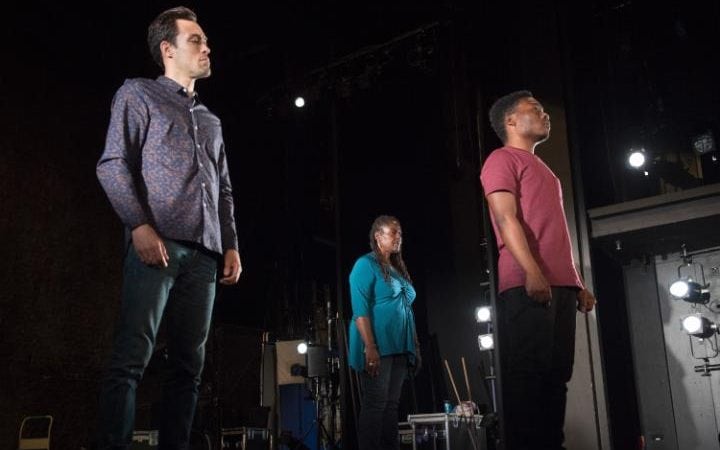 15 minutes. Not 2 hours and an interval. Not 1 hour straight through. 15 minutes is all it takes to pound you with intense and thought provoking truth.

Pigs and Dogs by the brilliant writer Caryl Churchil and directed by Dominic Cooke speaks about homosexuality in Africa and across the world and what this really means. Taking influence from the Anti-homosexuality act in 2014 in Uganda, the play takes quotes and facts from around Africa and other parts of the World about tribes and groups of people that have historically delved into traditions that would be labelled as ‘homosexuality’ despite the discrimination in society and law.

Simply the production only has 3 actors on stage who take sentences of the piece one after the other and bring across characters and their quotations. The performers do this extremely well and are quick and prompt, bouncing off one another. The characters and accents change from African, to American, to British and so on. The performers are brilliant at this and despite one actor being Caucasian, there is no sense of parody or comedy in his African characters.  We forget that they are actors on stage, just engaged in the intense facts and shock at the naivety and cruelty of these discriminatory people.  We even feel guilt and disgust at our own history and the laws which we once had in place against others.

15 minutes is all it takes to bring emotion, fact and truth to an audience. To be able to do that, is a total triumph and extremely worth watching.