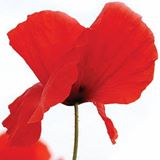 Oh What A Lovely War at Chapter Arts Centre, Cardiff

Portraying the horror of the trenches and the politics behind World War I, Everyman Theatre’s production of Oh What A Lovely War joins the ranks of performances in memory of those who fell that have taken place all over Britain during the past centenary week.

Bringing to the stage once more Joan Littlewood’s iconic 1963 Theatre Workshop production, complete with Pierrot costumes and a backdrop of photographs from the war zones as well as staggering on-screen statements of the numbers lost in what was supposed to be “the conflict to end all conflicts” is an ambitious undertaking. Everyman Theatre rises superbly to the challenge, wisely choosing to present the piece as “A musical play,” rather than musical theatre, although where to draw the line between genres is never clear-cut.

All the more credit, then, to director Jackie Hurley for staging a performance of this profoundly moving piece of theatre, which at times gives rise to an audible intake of breath from the audience as the ever-increasing numbers of the soldiers who died are flashed on the backdrop, yet managing to present in tandem with this an upbeat element which gives a balance to the overall result.

How, indeed, could it be otherwise – despite the grim reality of the core subject matter – when you have a talented young ensemble cast that includes some excellent singers and dancers?   Songs that depict to a T both the era and mores of the time – from that of the title to familiar music hall song and dance numbers such as ‘I’ll Make A Man of You, ’ the foot-tapping ‘Row, Row, Row,’ and lump-in-the-throat ones such as ‘Keep the Home Fires Burning’ are memorable. Choreographer and nimble-footed dancer Richard Thomas has done sterling work here, as has Musical Director and on-stage pianist Lindsey Allen (despite grappling with a slightly out-of-tune piano.).

Change of mood is crucial and on the whole handled well, although occasionally erratic, as can happen on a small stage with minimal props. As the fighting escalates, military leaders thrash out the strategies of waging war, putting forward disastrous solutions that only prove them to be blindly oblivious to what is really going on, while the young soldiers who joined up with such youthful enthusiasm slowly come to realise that the “War games” are not at all what they expected.

As a sombre cloud hangs over Europe, the deafening noise of exploding shells brings a powerful sense of the grim reality of war.  Amid a number of poignant moments, the one that perhaps more than any tears at the heartstrings is Christmas Day in the trenches. The emotional impact of the sound of the German soldiers singing ‘Stille Nacht’ floating across No Man’s Land, followed by the exchange of gifts and fraternization between the two sides, is huge, giving rise – not surprisingly – to sniffs from some of the audience.

Focus of this production is, quite simply, to honour those who lost their lives while depicting the behind the scenes wheeler-dealing and obstinacy that resulted in such tragically large numbers of young men losing their lives.

In other words: War is a dirty business.