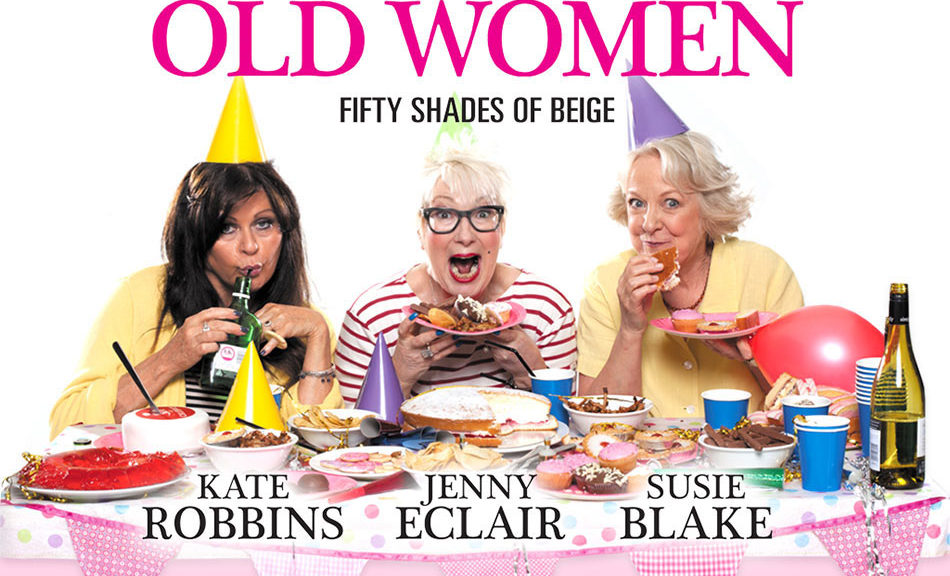 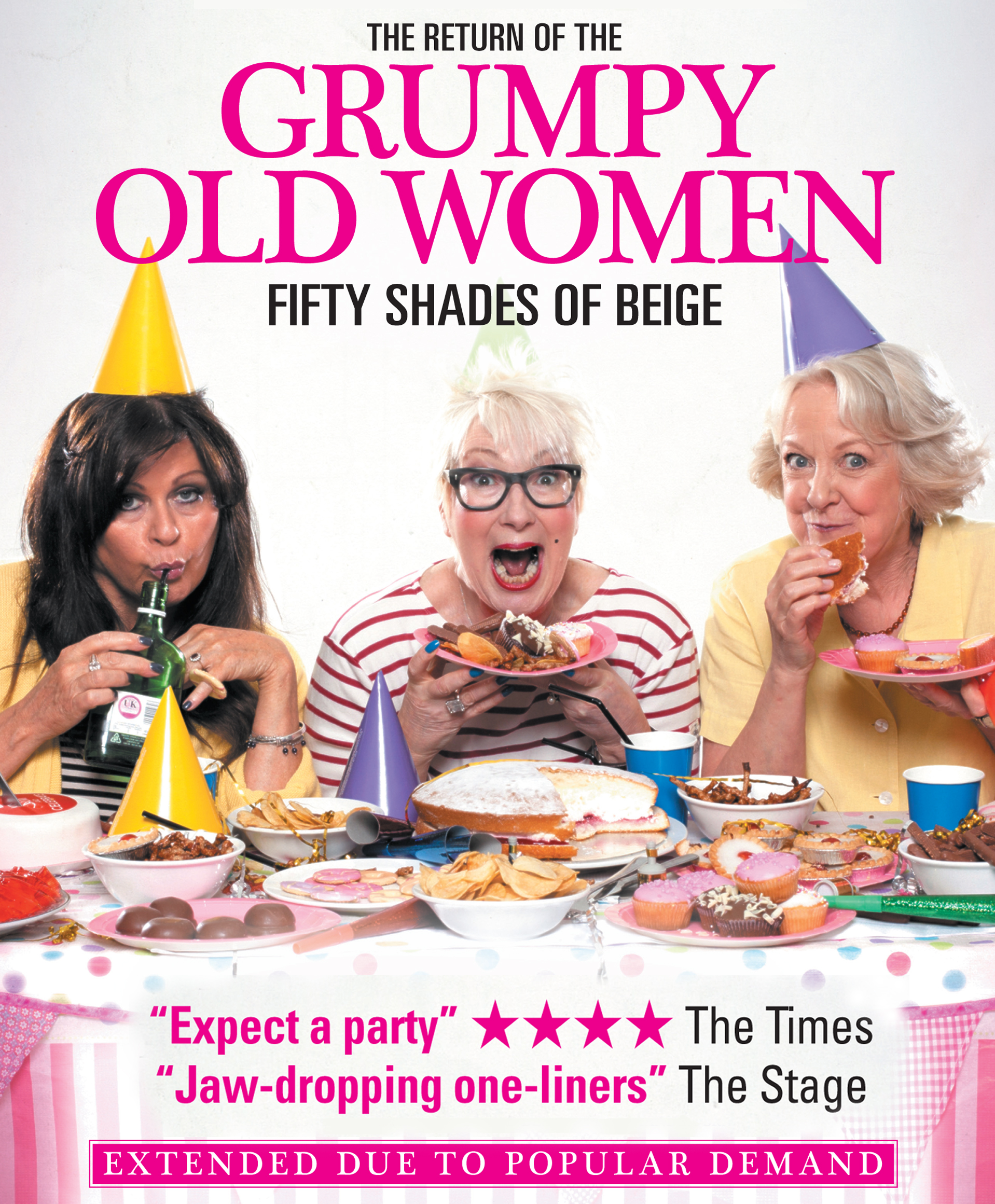 Returning after their sell-out Spring 2015 tour the Grumpy Old Women are back to share their Grumpy tales and tips with the nation. Award-winning comedian and original star of Grumpy Old Women Jenny Éclair is accompanied by fellow recruits Susie Blake (star of Mrs Brown’s Boys) and Kate Robbins (Singer and star of Casualty). Before I go on with the review, however, I must mention I cannot go into too much detail as to the tales told with my review because as Jenny Éclair said “What goes on in Grumpy club stays in Grumpy club”.

Landing at St David’s Hall in their shed from outer space the grumpy old women, spacewalk onto the stage complete with space helmets and uniforms to a momentous applause from the audience, unsurprisingly the audience was mainly made up of women, with just a few men dotted about the auditorium. Given that I was possibly one of the youngest in the audience and being male I still felt as though I was able to relate to the topics they discussed – mind you having a Mum the same age as the Grumpy Old Women did help!

The Grumpy Old Women talked about a wide range of subjects that any person was able to relate to including a guide to nagging, how to get a roof rack put on a car without your husband moaning, dancing at weddings and pole dancing. Props littered the garden set and were used to brilliant effect during the show and even included a gigantic pair of pants and a BBQ.

The show is very clever in that it can be talking about a topic and then the lighting will change and you are plunged into a mini sketch. The sketches highlight the brilliant acting skills of all the Grumpy Old Women. The amazingly funny script really worked well for the stars and left the audience in stitches and in my case tears streaming down my face. I really like the fact that all of the comedy was good clean fun with very little use of bad language. When the language was used however it was delivered with fantastic comic timing.

The second half of the show sees them return to the James Bond theme which sparked a debate into why there has not yet been a female Bond. With the current news of Daniel Craig’s decision not to carry on playing Bond there is no better time than now to consider the possibilities of a female actress playing Bond and the three Grumpy women are obviously showcasing their talents to play Jane Bond.

For me there were two stand out moments in the show that were utterly hilarious, the first of these was when team Grumpy took part in ‘Grumpy Come Dancing’ based on the hit BBC show which had the audience in hysterics especially with Susie Blake’s pole dancing performance. The second stand out moment for me was the posh version of The Jeremy Kyle show, the writing was amazing and Kate Robbins impersonation of Jeremy Kyle was brilliant and even mimicked the way he lies on the step and goes up close to the faces of the people on the show. The content of the Jeremy Kyle sketch is also fantastically funny due to it being based around a mother complaining ‘My son will not practice the cello’.

At the end of the evening the audience gave a well-deserved standing ovation. Anyone who watches this show is guaranteed to have a fabulous night and will most definitely be leaving with an aching jaw from laughing so much. This really is a must see show that should not be missed and is most definitely the best night out I have had in a long while.

Return of The Grumpy Old Women- Fifty Shades Of Beige is currently on a UK wide tour and all of the dates are available via this link- http://www.grumpyoldwomenlive.com/