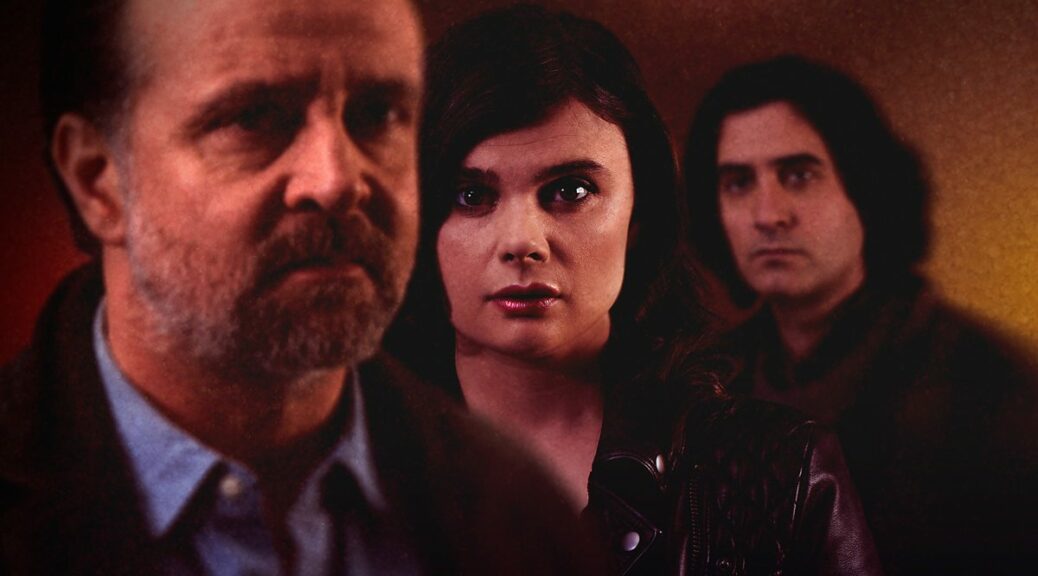 The recent S4C series Fflam was a slow-burner. I came to it with much intrigue and anticipation given the concept and acting talent. The idea of a woman, Noni, seeing her dead husband, Tim, again, after years believing he had died in a fire, sounded like the perfect spark from which to ignite a gripping narrative. The fact that Gwyneth Keyworth (Bang, Craith/Hidden) and Richard Harrington (Hinterland, Poldark) played the lead roles only served to excite and offer high expectations. So it was with sadness and disappointment that I found myself ultimately underwhelmed by its delivery. It did manage to strike a few matches throughout its six, half-hour episodes. However, these failed to set alight a series that was full of promise but low on satisfaction.

The performance of Keyworth was central to giving the drama a certain kudos that it may otherwise have lacked. Her ability to convey Noni’s internal emotions onscreen was akin to that of Eve Myles in Keeping Faith. The difference here though was the oft understated way that Keyworth did this. She demonstrated the conflict between grief and passion going on inside through very subtle expression which, nevertheless, with help from the camera and editing suite, was full of depth. Her appearances alongside Richard Harrington, particularly those in a restaurant over dinner, provided some of the most enjoyable scenes of the series. The gentle charisma that Harrington brought to his mysterious character, opposite the romantic infatuation that Keyworth successfully tempered as Noni, helped create a sense of ease. It led to a free-flowing script that meant their conversations appeared natural onscreen. These moments became absorbing as a result, giving some required fizz to a drama that, outside of them, felt a bit flat and unengaging.

I wonder whether the drama would have benefitted from having a more compressed narrative in which its central premise was played with a lot sooner and the final twist in the series was incorporated a lot earlier. This would have contributed to the retention of dramatic tension that, instead, bubbles up and then peters out at several points throughout the series. It is not helped by the fact that the characters of Deniz (Memet Ali Alabora), Ekin (Pinar Ögün), and Malan (Mali Ann Rees) were underserved by a subplot that lacked the same level of emotional investment as the main thread. And even in respect of the lead characters’ encounters, the pull-and-push of their developing relationship, though understandable in capturing Noni’s reticence, became increasingly frustrating. It simply took too long to progress, with the undesired effect being that, at points, the series felt like it was playing for time. By the time the revelations started to come out in episode five, they did not elicit the same degree of interest as they might otherwise have done had the narrative been pacier. As such, Fflam would have benefitted from an adaptation that condensed its source material into much more flavoursome half-hour chunks than we get here.

Overall then, Fflam has plenty of plus points to prevent it from being a damp squib even as it fails to set fire to the landscape of Welsh television drama. It is refreshing to see an image of Wales that is multicultural and inclusive played out onscreen, even if the presence of diverse characters only serve to circulate around a central narrative in which they play a limited part. Gwyneth Keyworth cements her status as one of Wales’ most exciting and talented screen actresses, with Richard Harrington and Mali Ann Rees again proving solid and reliable actors in their own right. If a second series is forthcoming, as expected, then Fflam has plenty of room for improvement. But it also still retains enough unrealised potential to warrant another chance.