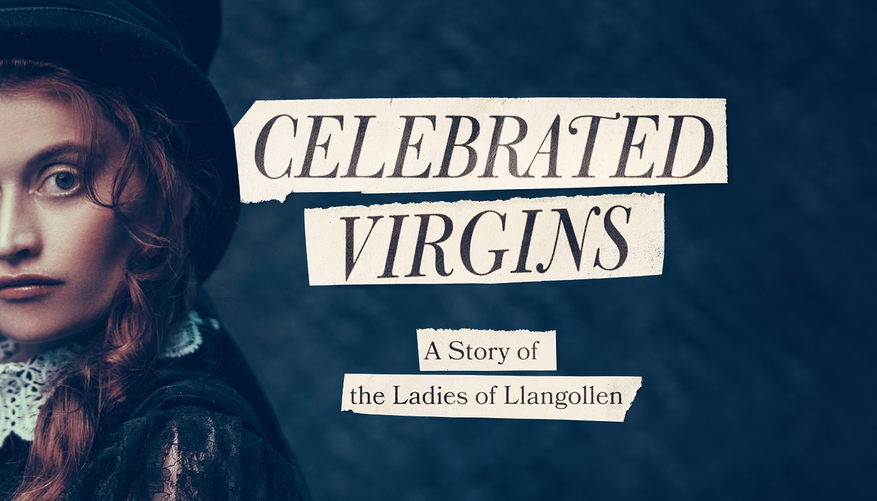 Celebrated Virgins is Theatr Clwyd’s brand new play written by Katie Elin-Salt and directed by Eleri B. Jones. The show is based on the true story of Lady Eleanor Butler and Miss Sarah Ponsonby who were forced to flee Ireland and took up residence in Llangollen. They were true LGBTQ+ icons of their time and this show sees them tell their story, on their own terms for the very first time.

We sat down with Katie, writer of the show, to find out more:

You will be a familiar face to many at Theatr Clwyd as an actor. What’s it like to be back?

When I first came to Clwyd, I was a nervous 21-year-old performing a cameo role in As You Like It, under the direction of Terry Hands. Since then, Theatr Clwyd has always been a home from home for me and I have been privileged to perform here as an actor many times – growing from bit parts to leads in shows such as Educating Rita and Under Milk Wood, I was even lucky enough to be the fairy in the panto two years ago – what an honour! To come back to Mold under this capacity, is just the most incredible feeling. I have always felt so supported by the team and the audience at Theatr Clwyd and I could not be in a safer place to be premiering my first full play. But I honestly feel if I could tell that nervous 21 year old a decade ago that her name would one day be on the front of those programmes – she would never have believed it!

Give us a brief of what Celebrated Virgins is about?

Celebrated Virgins is based on the true story of two remarkable women – Sarah Ponsonby and Eleanor Butler a.k.a ‘The Ladies of Llangollen’. We follow their story from separate childhoods in the upper echelons of 18th century Irish society to meeting each other at school and forming an unbreakable bond. This leads them to decide they would rather leave everything they have known behind than live without each other. We then follow their journey to Plas Newydd, their home for over 50 years in Llangollen and learn through them the bravery and the fear involved in living an authentic life in full view of a community who does not always understand who you truly are.

What made you want to create this show?

Well, firstly it is just an amazing epic love story and I remain amazed and bewildered that it has taken nearly 300 years for it to be put on a stage. It really has everything – love, risk, danger, even someone dressing in a suit and jumping out of a window armed with a pistol and a Jack Russell – I mean what more could you want? But also, I think it is incredibly important for today’s society that we see stories like Sarah and Eleanor’s represented on stage. It has taken such a long time for love between two women to be not only accepted but celebrated, and I want to show the next generation of LGBTQ+ that their stories and their history are just as important and worth celebrating as anybody else’s.

It’s such a fascinating story but this will be the first time they are telling it themselves. What can the audience expect?

The audience can expect to see two brilliant women at the front and centre of their own story. We have an amazing cast of professional actors and also added to that the addition of a cast from the local community – who will show us what life was really like for the Ladies as they tried to make their way in society. We have an incredible movement and sound team who will bring this story bang up to date and of course fantastic direction from Eleri B. Jones. I would tell the audience to buy an ice cream and get comfortable as the lights go down as they are in for a truly epic night of theatre – and after the last two years I think that is the least an audience deserves!

What advice would you give to people wanting to get into the industry?

My first bit of advice would be to try out as many facets of your creativity as you possibly can! Like many young people I got into this industry through my local youth theatre, there I found a love of theatre and a friendship and connection I couldn’t find anywhere else. I realised there that I could act but it took me until the age of 30 to realise I might be any good at writing – think of all that wasted time! I am also now training as a music therapist to spread my creativity even further. There are some elements of this job I definitely can’t do (trust me you don’t want to see me trying to move set around a stage), but that is when you find the people who can and let them support and help you. Basically, no matter where you come from or what your story is – find it, own it and let yourself be seen in as many glorious ways as you possibly can!

Celebrated Virgins will be performed at Theatr Clwyd from Friday 20 May – Saturday 4 June. Tickets start at £10 and can be booked here. Please check the website for Trigger Warnings. 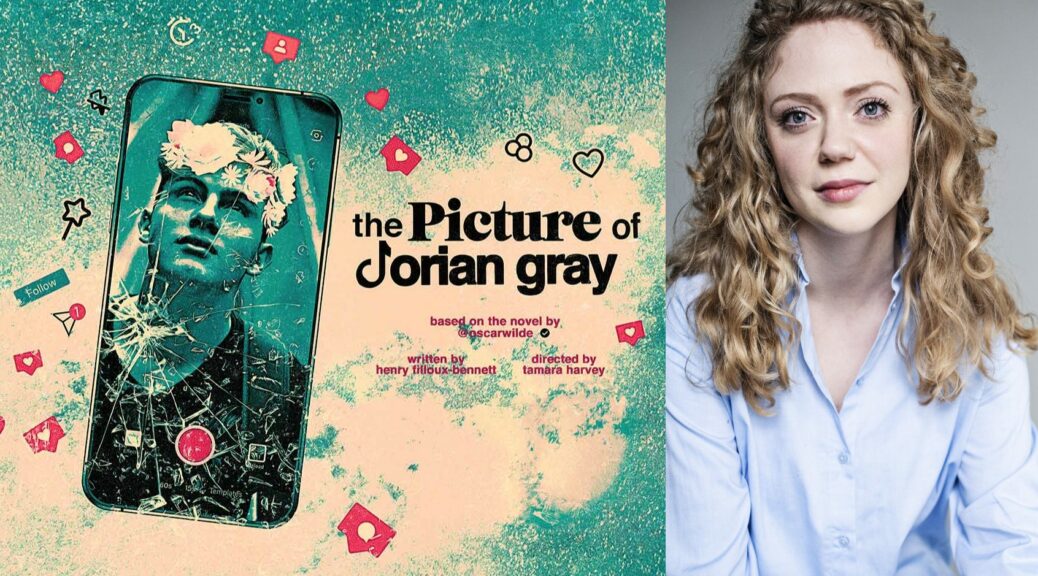 In this latest interview, Get the Chance member Gareth Williams chats to actor and director Eleri B. Jones.

Eleri is a graduate of the University of Manchester and Drama Centre London. She is currently undertaking a traineeship with Theatr Clwyd as an Assistant Director.

Here, she talks to us about the traineeship; her involvement in Clwyd’s latest production, The Picture of Dorian Gray; a collaborative project with the North East Wales archives*; and representation and the arts in Wales.

To find out more about The Picture of Dorian Gray, including how to purchase tickets, click here.

*Below is one of four videos produced by Theatr Clwyd in collaboration with the North East Wales Archives as part of the project ‘Women Rediscovered…’. To watch them all, click here to access their YouTube channel.