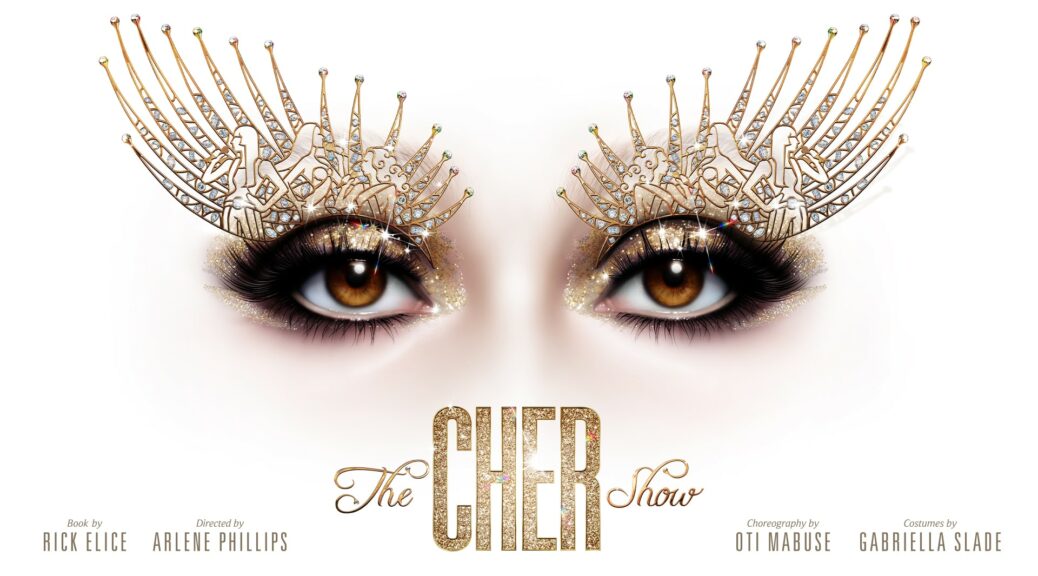 We all know the story, right? A young hopeful with big dreams becomes a star. Most everyone who makes it in showbiz has a rags to riches story, but no-one has a story quite like Cherilyn Sarkisian aka Cher: the barrier-breaking, age-defying Goddess of Pop who was ahead of her time well before she turned it back. From a shy truck driver’s daughter to a multi-million selling recording artist and Oscar-winning actress, Cher broke the rules and set the trends. Her incredible rise to fame is told with wit, wonder, and no small amount of wigs in The Cher Show, a brand new musical touring the UK and Ireland through to April 2023.

Brought to life by a spectacular cast and crew, The Cher Show spans six decades, three Chers, and one incredible story. A trio of magnificent actresses each embody a facet of her life: Millie O’Connell as ‘Babe’, the naïve hopeful; Danielle Steers as ‘Lady’, one half of America’s favourite couple; and Debbie Kurup as ‘Star’, at last a legend in her own right. O’Connell, Steers and Kurup have the unenviable task of portraying a woman who defies imitation – and yet each step up to the plate with aplomb, nailing Cher’s distinct vocals and stage presence. They also share a uniquely engaging chemistry with each other that is often hilarious and at times touching: when the wiser, more experienced ‘Star’ comforts ‘Lady’ through her marital woes, it is genuinely moving – perhaps, like Cher, we are always in conversation with our past selves.

The jukebox musical and the biopic are two of the most difficult artforms to get right – mostly because we’ve seen it all before. True as the tales may be, these are genres which quickly become rote, worn out. But The Cher Show, much like its titular star, shatters all those expectations and blazes its own trail. And who better to bring that to life than two Strictly Come Dancing superstars: former Strictly Judge and West End icon Arlene Phillips, who directs, and two-time Glitterball champ Oti Mabuse, who choreographs. Written by Tony and Olivier Award-winning Rick Elice (Jersey Boys, The Addams Family), the show and its stars capture the wit and also the glamour of its leading lady, thanks to Gabriella Slade’s (Six, Spiceworld 2019) eye-popping costume design.

Lucas Rush is a standout as Sonny Bono – not only are they a dead ringer for the character (from the voice to the flares to the facial hair!), they have incredible chemistry with ‘Babe’, ‘Lady’, and ‘Star’. While the road wasn’t always easy, the love between Sonny and Cher was as legendary as their music – and here, when the pair sang ‘I Got You Babe’ one last time, there wasn’t a dry eye in the house. Alongside a fabulous sailor-fied ensemble (no doubt evoking Cher’s iconic music video for ‘If I Could Turn Back Time’), there are excellent supporting turns from Jake Mitchell as costume designer Bob Mackie, Sam Ferriday as Cher’s paramours Greg Allman and Rob Camilletti, and Tori Scott as her strong-willed mom Georgia.

And with a musical catalogue like Cher’s, the beat truly does go on. Played by a scintillating live band, the show is packed with 35 of her biggest hits, including ‘If I Could Turn Back Time’, ‘I Got You Babe’, ‘The Shoop Shoop Song (It’s in His Kiss)’ and ‘Believe’. By the time the Megamix rolled round, the whole audience was on its feet: I’ve never seen a reception like it. You will be awed. You will be entertained. And you will believe in life after love.

The Cher Show is playing at the New Theatre through 27 August.