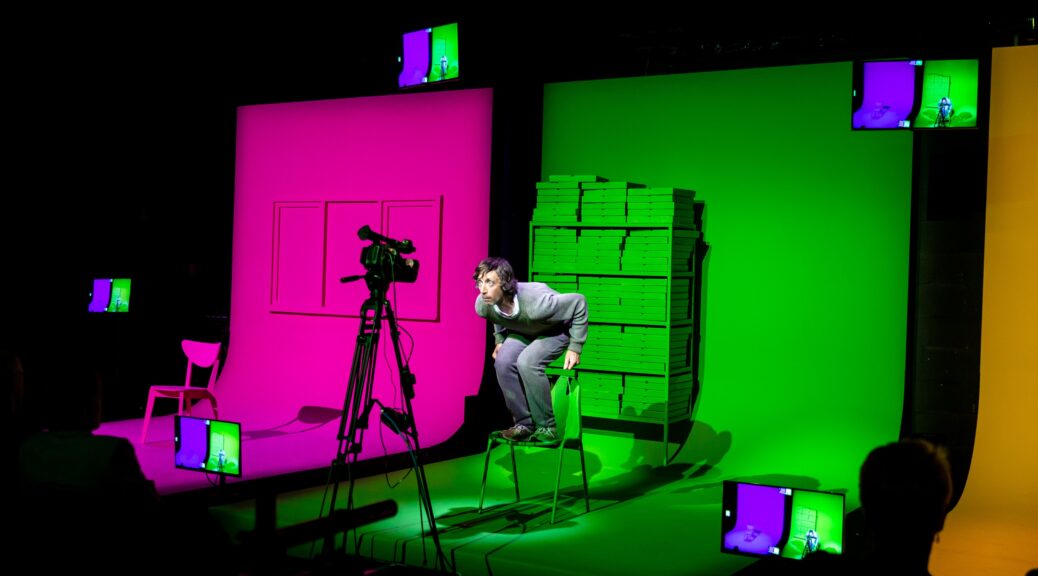 Many of us have bemoaned the lack of live theatre over the past months, the atmosphere, the immediacy, the inventiveness behind a good production.  Would a virtual presentation be able to compensate and provide a stimulating theatrical experience?

Online interaction has been something that many of us have had to get used to and is now such a familiar form of media for both business and entertainment.  Would it work for a play that cries out for a live audience?

Alan Harris’ play, ‘For The Grace Of You Go I’  is a dark comedy that explores the theme of mental illness, in particular a personality disorder.  It demonstrates how illness and disadvantage fits in a context of a ruthless, profit driven society that shows little understanding and still less sympathy for those who find themselves unable to conform to a standard sense of normality. The main character, Jim (Rhodri Meilir) is forced into a job creation scheme or else lose the benefits he needs to survive.  However he is unable to keep up with the demands of work or the strictures placed upon him.  Why should a pepperoni pizza have 6 pieces of sausage arranged in a circle?

Central to the play is an examination of reality, individuality and purpose in life.  Jim suffers from a depersonalization=derealisation disorder where he has a repeated experience of viewing himself from outside his body.  This has a debilitating and demoralizing effect on him and effectively prevents him from accessing work and relationships as he would like, leading him into a spiral of depression.  However, he expresses this with an honesty that contrasts markedly with Mark (Darren Jeffries) who comes across as self-assured, successful with an aspirational lifestyle.  This however is a sham and his life is effectively a lie.

With both characters being dysfunctional, the play explores the support society should give to those with a mental illness. Remi Beasley’s character, Irina is the person who promotes the back to work scheme designed to help reconstruct the lives of those like Jim.  She presents an enthusiastic, sympathetic persona to him that is sadly crushed by the target driven, profit oriented company they work for.  Her frustration is initially directed to Jim but as she grows in knowledge and affection for him, this is directed towards the soulless nature of the company and the empty promises it makes.  This very much mirrors the experience of those marginalised in our society who seek to reconstruct their lives.

The play is drawn to a memorable climax when Jim and Mark meet at a film club.  They are both heavily influenced by a film by Finnish auteur Aki Kaurismaki, ‘I hired a hitman’.  To escape his despondence, Jim attempts to mimic the film by hiring Mark to be a hitman who will end his suffering.

The set was highly effective using a simple backdrop of three primary colours that allowed a change of mood and scene to occur seamlessly.  It helped focus the attention on the actors and dialogue rather than distract the eye as some more complex backdrops can do.

It was superbly acted by the three players, whose dialogue and interplay was slick and convincing.  However, while there were many occasions when the dialogue brought out a smile, there was a smouldering intensity about the production that drew towards an inevitable, tragic conclusion.  To me, the most important conclusion was that the authentic life must prevail and be lived with integrity no matter what the circumstance.  This is followed closely by the searing indictment of a harsh, money driven society lacking compassion and the ability to help those with significant mental health problems.  As such it is a timely reminder that after this current pandemic, there will be plenty of people in need of substantial support.

Did the play successfully translate to a virtual environment?  It was certainly riveting viewing and well worth a watch, but I stand by the impression that this is no replacement for a live performance, good as it was.  It is a convenient format, where you can pause, refill your glass and come back to it, but the flat screen dulls the senses to the poignancy playing out in front of you.  Congratulations to Theatr Clwyd for having the ambition to film and broadcast this production.  It was a welcome treat after being starved of theatre for so long, however, it will be great to walk through the doors and experience once again live theatre in reality. 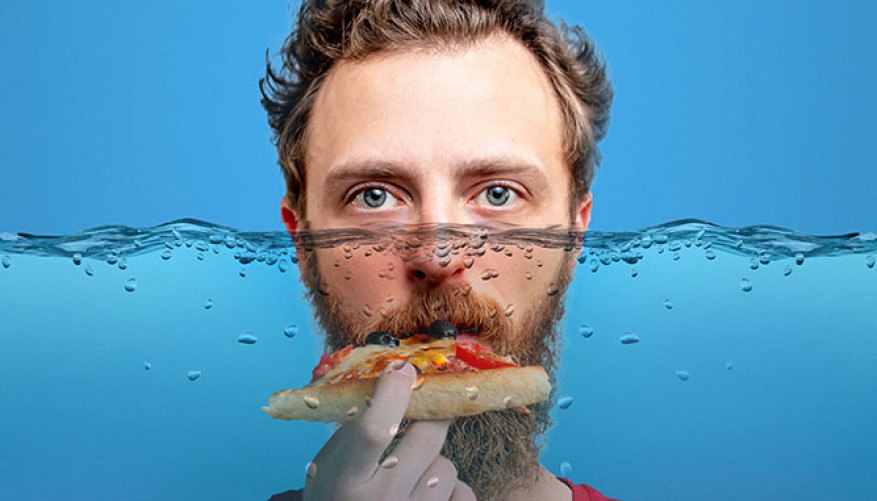