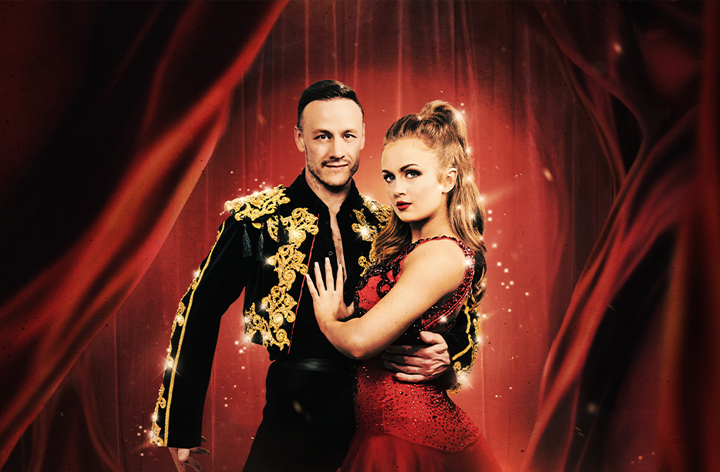 Having been a fan of musical theatre for many, many years you can imagine the outrage when I announced at a family gathering that I had never seen quite possibly in the world’s most successful musical Les Mis. My Aunty who showed particular astonishment decided that she would host a French evening (complete with French food) in her home so she could be in close proximity when I experienced this musical great for the first time. We had gathered our snacks, donned our French outfits and were settled ready to switch on the TV only to discover that someone had borrowed the DVD a few years ago and had yet to return it. This meant that we had to scramble around the house looking for another musical movie based in France which is when we stumbled upon the absolute chaos that is Moulin Rouge. Since this unplanned viewing, I very quickly fell in love with “spectacular spectacular” that is movie musical Moulin Rouge and it was only after researching the show for a review of the west-end, musical adaptation production that I discovered it is apart of the Red Curtain Trilogy directed by the iconic Baz Lurhmann. In this collection are Moulin Rouge, Romeo and Juliet and the lesser-known but most important for this musical review Strictly Ballroom.

I think it is incredibly important that different musicals can be opportunities to tour through the UK as you quickly get used to the same shows being on a multi-year rotation. Prior to becoming a musical reviewer, one of my favourite things to do would be book a ticket to a random show that I have never heard of before. I don’t know if it’s the excitement of understanding characters, plot and themes as they happen live but this mystery was always extremely exciting to me. Due to the same shows touring year after a year, you unfairly begin comparing casts and so it is incredibly refreshing to see a show such as “Strictly Ballroom” which I had very little knowledge of before going into the theatre. In fact, I remember a conversation with a close friend a few years where this musical came up and I questioned how they made a musical based on the BBC show Strictly Come Dancing which was met with scoffs from those listening. For those like myself who have not heard of this musical before, Strictly Ballroom (with no connection to the hot TV show) is about Scott Hastings, played wonderfully in this production by Edwin Ray) who is a professional dancer at the top of his game who begins to questions the rigid rules and restrictions of ballroom dancing. This revolutionary spirit leads to him forming a dance partnership with amateur dancer Fran as the pair prepare for the biggest dance computing in the ballroom community!

A highlight performance for me throughout this musical would have to be Eastenders star Maisie Smith who comes fresh from her stint in the aforementioned Strictly Come Dancing. Maisie plays the ugly-duckling style character Fran who is essentially plucked from obscurity to dance with Scott ahead of his championship quest. Maisie managed to beautifully portray every aspect of the character from the awkward and amateur dancer origins to the confident and bold change-maker. Seeing this character go through this journey of confidence almost overshadows the fact that (SPOILER ALERT) the duo do not end up being awarded the first place trophy by this development is worth more than any ward possibly could be! Her comedic timing was absolutely perfect throughout leaving the audience howling with laughter, especially during the earlier stages of the show!

My favourite number in the entire show however would have to be “Paso Doble” where Scott tries (but fails miserably to impress Frans’s father with a ‘traditional Spanish dance.’ It is only once her father played by Jose Agudo begins to show the dancer how this dance should be really done that the music begins to beautifully build up into a wonderful ensemble, dance-heavy spectacle. Before everyone can join in Jose showcases his dance still with an incredible stamp-based choreography where he doesn’t miss a single beat and controls every inch of the stage!

Overall, Strictly Ballroom celebrates a very traditional art form in both a homage but also a message of contemporary revolution. The narratives with the story are all timeless stories that are done very cleanly and simply so that every person in the audience can understand and appreciate how each character functions within the story. I do have to admit that I think the scale of the show needs to be exaggerated so that the sense of rebellion can be extremely clear and obvious and for that reason, I would rate this show 3.5 stars out of 5!