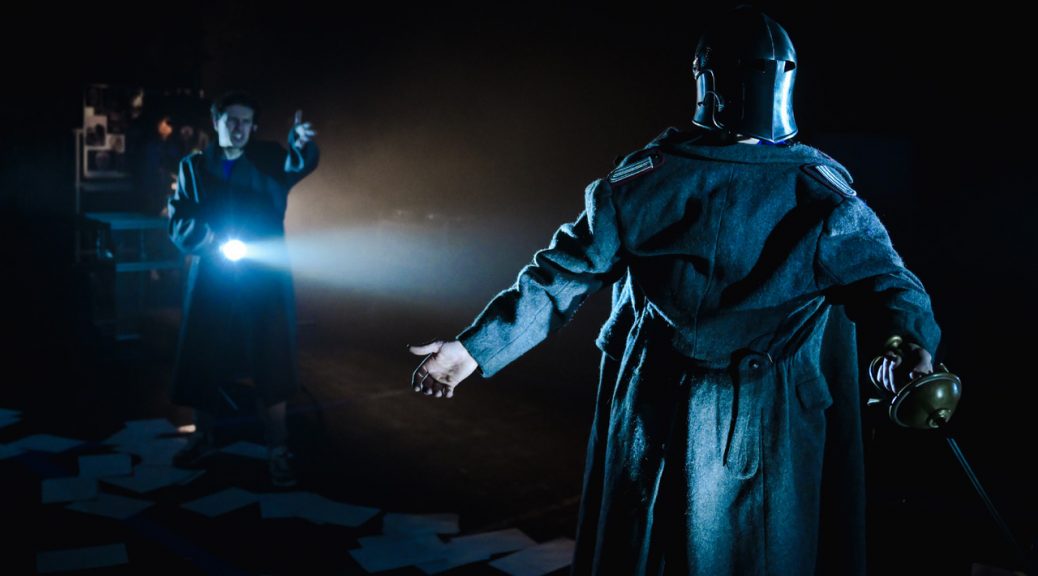 It has been with great delight that I’ve seen most of the recent canon of Lazarus Theatre in London. I’ve revelled in their bold take on the classics, a particular solid Doctor Faustus last year proving this.

Sadly, with the new year came a Hamlet which didn’t work on a lot of levels. Starting off with what looked like an AA meeting, declared as a safe space for the characters to speak their minds. It would have been a quirky idea to have had the Bard stripped back to just this scope, though the chairs are pushed away and a lot of tricks ensue. Michael Hawkey as the lead finds his first professional turn here and though it might not be the most remarkable take, there is youth, charm and some menace. There appears on surface level to be no Gertrude nor Claudius present which might be one of the major reasons why this cock-sure showing may not work as well as it should.

The play maintains a flow as it went on. My major concern was the watery take on the verse and therefore the story. For it appears you may cut Hamlet down to a mere 90 minutes, but you’ve got to own this time and not always worry about fireworks. Director Ricky Dukes should be commended for his Russian Roulette risk taking here, though I did find myself bothered by multiple scenes. Hamlet still gets his Jeffrey Dahmer with Yorick, who’s head is plucked out of a fridge. Video work would show Ophelia’s real-time unending and a Mortal Combat style duel at the final were highlights. Hamlet’s death remained one of the show most disappointing aspects with alas, no ‘flights of angels singing thee to thy rest’.

The hustle of the cast would see some fine performances. Lexine Lee as Ophelia twas more retrospection then mania with with the role. Alex Zur is given little time to shine as Horatio, the rest of the players covering multiple roles and menacing proclamations as the father ghost.

Put simply I would have preferred to watch Mystery Science Theatre do their ribbing on an awful dubbed take on Hamlet on German TV back in the 60s. I’m still faithful for the rebirth of Lazarus once more.

Hamlet continues at the Southwark Playhouse Elephant till 4 Feb 2023.