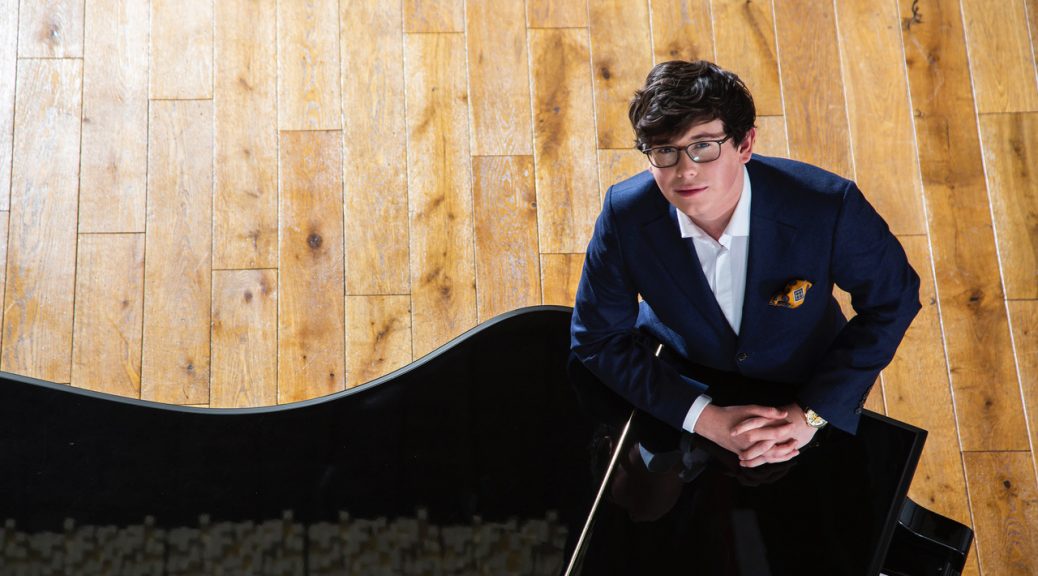 It would prove to be an expectedly light affair with that of the Sinfonia of London, along with maestro John Wilson who excels in all he does. He is happy to bring the lighter side of classical to many an audience and we cant blame him for it.

What surprised me most about these players was the laid back approach. It all felt like one big jolly, the percussionists during their many rest periods had faces of children back in assembly. And two players in the back of the violins are clearly loved up. Wilson would even loose his baton during the second half of the evening, all in keeping with the strange air of the night.

Walton and his Scapino makes a great concert opener and the Sinfonia clearly had a lot of time with the piece with practice. It was the timbre of the whole thing, the jolting, romp like feel for these few minutes which flew by. Very charming and we craved more. Following on was the first Ravel of the night: Valses Nobles et Sentimentales. I find his music to be the equivalent of a bath bomb, light and fizzy, though swiftly leaving you with nothing of interest other than coloured water. The pieces displays strands and sinew, evocative of impressionism of the era. This is a piece which doesn’t command attention and you can drift of in thought.

Of major appeal was Gershwin’s Rhapsody in Blue with soloist Martin James Bartlett. Playing with impish vigour, Barlett didn’t let up in it’s commanding jazz storm. It’s safe territory though back in its day, remaining groundbreaking for allowing popular music to be injected into classical. As ever the delight, this standard Gershwin delighted and we’d simply love to hear Barlett tackle his more meaty piano Concerto in F.

Upon hearing Debussy’s La Mer once again, I’ve found it to finally have appeal and intrigue. Maybe it’s the allusive nature of the score which is gradually waffling over me. Here the Sinfonia came into their own, the entire three movements inspired by the sea engulfed St David’s Hall, their shimmering, blazing delivery held up as a highlight of the night. What did annoy was the eye rolling choice of Ravel’s Boléro. The piece has reached meme level now, a joke even in his own day, met with boos and hisses. Wilson declared this to the the Welsh premier of the original version of the ballet score and not the later orchestral version.

There is little evidence of this being a premier proper and Wilson just seemed to have said this. The pieces in the it’s original guise is even more interminable, two snare drum players take turns with the tempo, a boring tennis match as we hear the same melody again and again. I’m all for minimalism but this takes the mickey. I was stunned by the amount of people stood on their feet after, though I will applause the players for a light, mostly French affair. They shall return in February with the glamour of MGM films…