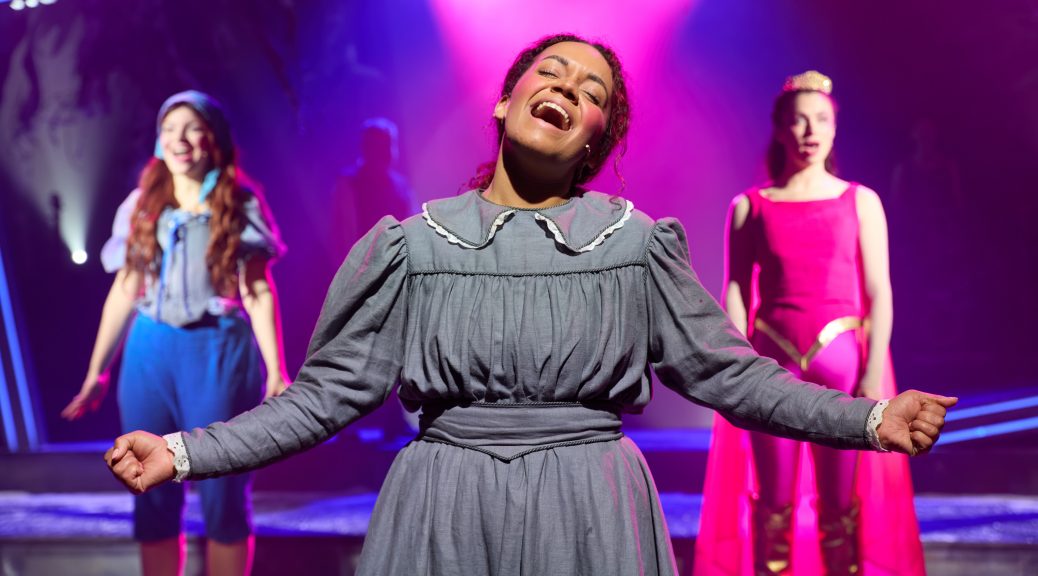 Throughout the year the inclusive community focused Sherman Theatre in Cardiff, put on a variety of performances and free activities.

The outside and interior of the Sherman has been revamped in the last couple of years and is elegantly decorated, modern seating and lighting.

Most recently the Sherman Theatre have also reached out into the heart of the local Cardiff communities, bringing the arts to the people.

I went to one of the Tales and Tea sessions at the Beacon Centre in St Mellons, to see A Better Land, by Catherine Dyson. The intimacy and no frills props, added to the enjoyment. Having a chat with the actors afterwards was a great way to share feedback and discuss the storyline.

This week, we had a midweek family treat to see Tales of The Brothers Grimm at the Sherman Theatre.

It surpassed my expectations, and personally, it was one of the best shows that the Sherman have put on in the lead up to Christmas, over the past decade.

I was blown away by the performers talents. Each and every one of them, played their character so well. Whoever cast the positions, did an excellent job. Notice I said talents. That’s because they all had multiple roles weaved in, acting, singing and playing an instrument.

What is Tales of the Brothers Grimm about?

On a journey to find her own story, Stevie, comes across Cinderella, Sleeping beauty and Rapunzel. Disaster happens, the stories aren’t as they are suppose to be. Together with the narrator and Prince Charming they journey to find the Brothers Grimm, who they hope can fix it back to how it was, and even give Stevie her own part in her own story. They believe the big bad wolf and Snow Queen is set out to destroy it all. But with a twist!

The show was very well written and scripted, with humour and fun, and a sincere message.

I liked how they began the show by entering at different positions in the auditorium. I could see the range of emotions the story and songs brought to the audience, including my own children. The warm soft songs, some with sadness and some with positivity, my children clasped my hand and pulled in for a hug, and the upbeat songs with audience interaction making them laugh and clap.

My eldest son asked if there is a soundtrack to purchase as he enjoyed the music so much.

The programme was family orientated with colouring and puzzles for children.

The smoke effects added to the atmosphere, maybe a bit too much at times that you couldn’t see the characters on the stage.

There were a couple of songs I couldn’t hear the words in the song clearly. This is just me being super picky by the way!

Overall, an exceptional performance! A huge well done to the whole cast, backstage, production, ushers, the staff and volunteers that make the theatre come to life.

I highly recommend a visit to see this show, which is on now until it finishes at the end of December.

I want to come back a second time!

Find out more here and to book: