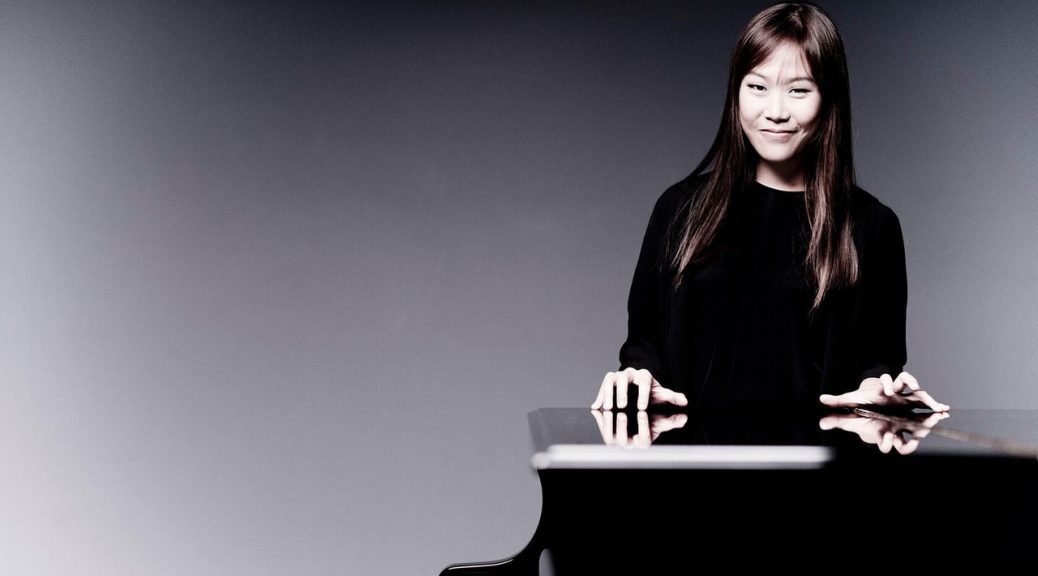 After a blazing take on Rachmaninov’s 3rd Piano Concerto with our BBC NOW a few weeks prior, Korean pianist Yeol Eum Son popped back to Cardiff for a much more intimate affair at the Royal Welsh for a Sunday morning recital which had highlights and less interesting work.

The Trois Pieces pour piano by Guillaume Lekeu started us off, a nice opening feature though I found it to be rather inconsequential. A mighty tonal shift followed with the finale to Stravinsky’s  The Firebird. Though most of the ballet score is rather dull, it is the last ten odd minutes that dazzle, Yeol throwing herself into the piece which is a showy number that usually ends a concert. I detected at least a wrong note or two through the clamour of the soaring final pages, yet how profound the whole thing was. She owned the sequence and I was rather taken with her virtuosity on display.

More tonal shifts with William Hirtz and the Wizard of Oz Fantasy, a charming selection of the famous chunks from the timeless film. It was all here: Somewhere Over the Rainbow, the music for the Wicked Witch, We’re Off to See the Wizard and more. You could feel Yeol’s enjoyment in this fluffy choice and it led to an interval making us crave more. The First Sonata from Janáček known as ‘From the Street’ had an air of difficulty, some tender moments you’d expect from the Czech master composer. I’ve always held firm that he writes better for orchestra then piano. I found I lost interest within it, only brought back with more tender, touching moments as it reached it’s conclusion.

A few nights prior, a musician friend spoke highly of the music of Russian Nikolai Kapustin. Eager to check out his music, I didn’t have to look very far as Yeol brought the concert to a close with his Second Sonata. Every pore of score dripped with jazz, though I feel this was a detriment to the genre. The formal proceeding of having the jazz in a classical folding almost denies it the right to get lost and breezy. Amusing moments were met with toe tapping phases, though I did wonder how generic this sort of jazz has become. Never the snob to declare the genres shouldn’t mingle, I just wasn’t wowed by the sonata.

This proved to be quite a varied and lively programme, more of the same variety is greatly encouraged.