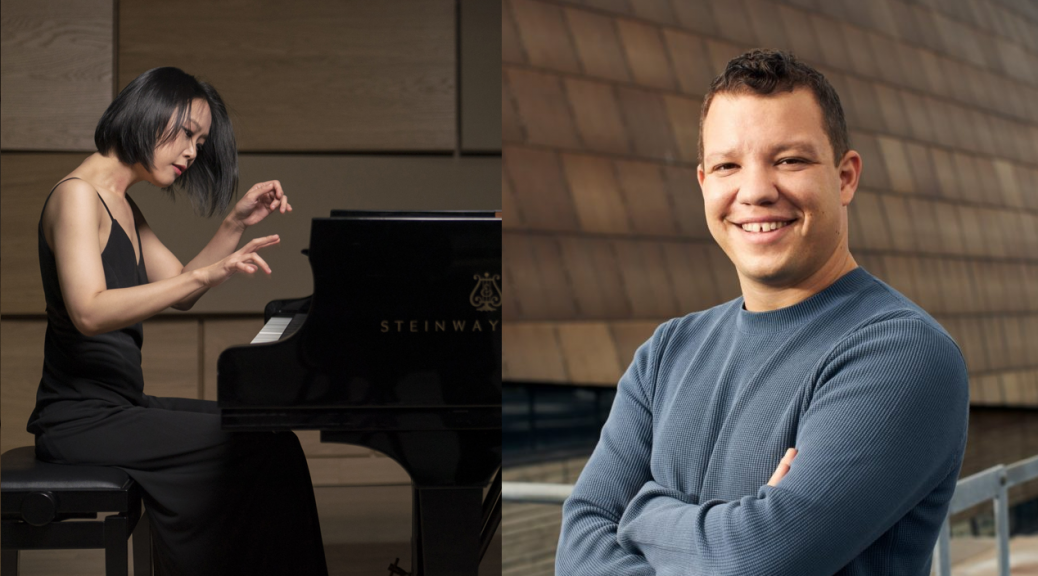 As a conductor Bancroft guides the orchestra through the character and emotion of the piece, making it just as exhilarating a physical performance as it is a musical one. Son is an extraordinary soloist and an immensely expressive performer, drawing the audience in with every movement, from the intense, juddering chords to the glimmering crescendos. There is a real power to her performance that meant that the audience was feeling every note and emotion of the piece right along with her.

And what can be said of The Rite of Spring that hasn’t been said already? As Jonathan James mentioned in an excellent and memorable pre-show talk, to say that the piece caused something of a stir in its 1913 debut is quite the understatement: the avant-garde music – stoked by political and class discontent – caused a riot in the theatre, with the dancers and musicians gamely playing through the mayhem right until the final bars. The piece itself is, as James explained, “order disguised as anarchy”; a volcanic, visceral retelling of a young woman who dances herself to death to appease the gods of Spring. Its epic discordance and jazzy polyrhythms would go on to inspire future composers from Gustav Holst to Bernard Hermann – but the original remains as shocking today as it was a century ago.

This is pianist Yeol Eum Son’s first time working with both conductor Ryan Bancroft and the BBC National Orchestra of Wales. She performs next in Madrid, performing Ravel’s Concerto for the Left Hand in D major on 20-21 October, before heading back to Cardiff’s RWCMD to perform Stravinsky once more – this time, the Firebird Suite – along with pieces by Lekeu, Hirtz, Janáček and Kapustin, which sounds like the perfect complement to tonight’s programme.

NOW can be next seen playing the 1001 Arabian Nights family concerts in Cardiff and Swansea, before performing Bach, Liebermann and Schmidt at the end of the month and Elgar’s Cello Concerto in November. Bancroft next conducts the Malmö Symphony Orchestra in Sweden, playing pieces from Dvořák, Copland and Netzel, the latter two with Peter Friis Johansson on piano.

What a start to the Hall’s 40th anniversary year!