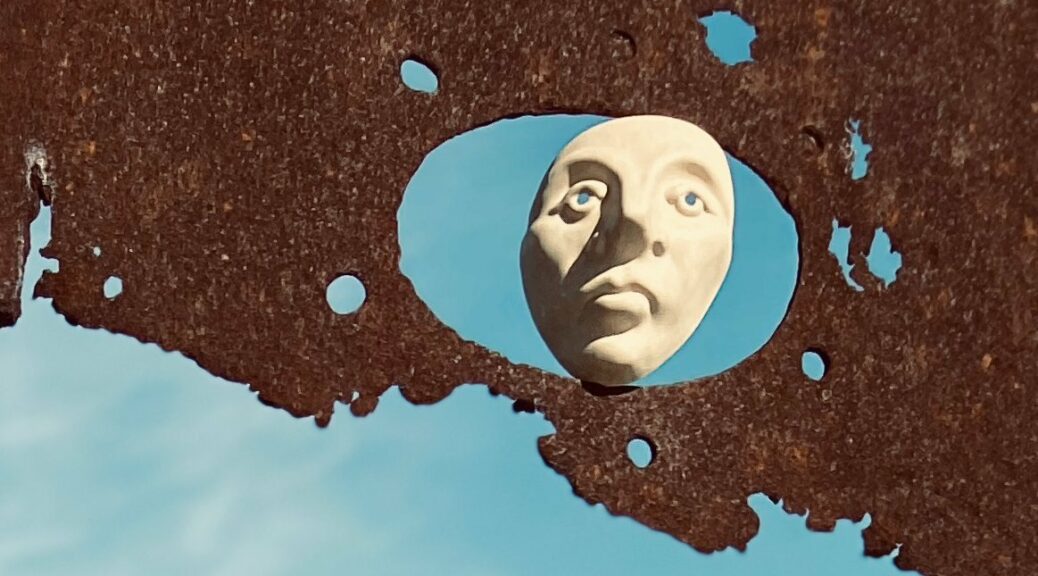 Set in the basement of the Edinburgh Army centre, NMT Automatics production of Troy & Us is very apt for such a setting.

Tempus Fugit: Troy & Us is the story of a British soldier, his wife and his tours in Afghanistan. It addresses their progressive relationship from marriage, to war PTSD, to a baby and all the other bits in between. It is a raw and poignant production, mirroring the story of Andromache and her soldier husband Hector in the Trojan war, this production shows the pain of war and that this is a phenomenon that is almost as old as time.

Tempus Fugit is a combination of short dialogue meeting physical theatre and dance; the moments where we are transported into the past to look at the Trojan War are signified with beautiful mask work to break the difference in scenes. Focussed mainly around plain brown boxes that create furniture, barriers, sculptures and buildings, the performers move effortlessly between and with one another, showcasing euphoria, pain, war scenes and so much more. It is accompanied by music and storytelling recorded narrative to enhance the scene and show the juxtaposition but the similarities of the past and the present.

The performance is beautiful and there does seem to be genuine (or at least realistic) emotion and connection between the characters, whether they are the modern characters or the Ancient Greek ones. They effortlessly flick between the two and moments can be recognised that have cleverly been shown earlier on in the production, mirroring the modern day equivalent with the same movements and emotion.

However, for me, the scenes were all too quick. It felt like we flittered from scene to scene very quickly, whether that was from Troy or to the modern day, and I felt it needed a moment of stillness, or just a breathe. The fast paced nature left me wanting something meatier to hold onto for just a moment before we were catapulted to the next element. To really revel in and feel the emotion and the, what is a beautiful and painful story to engage with, it would have been nice for some different levels in energy.

Tempus Fugit: Troy & Us is a unique and interesting approach to real stories and of a kind of life only a small amount of people experience. It shows the truth of the feelings and thoughts behind war but it also needed to let us have a moment to internalise the story and feel it for ourselves.