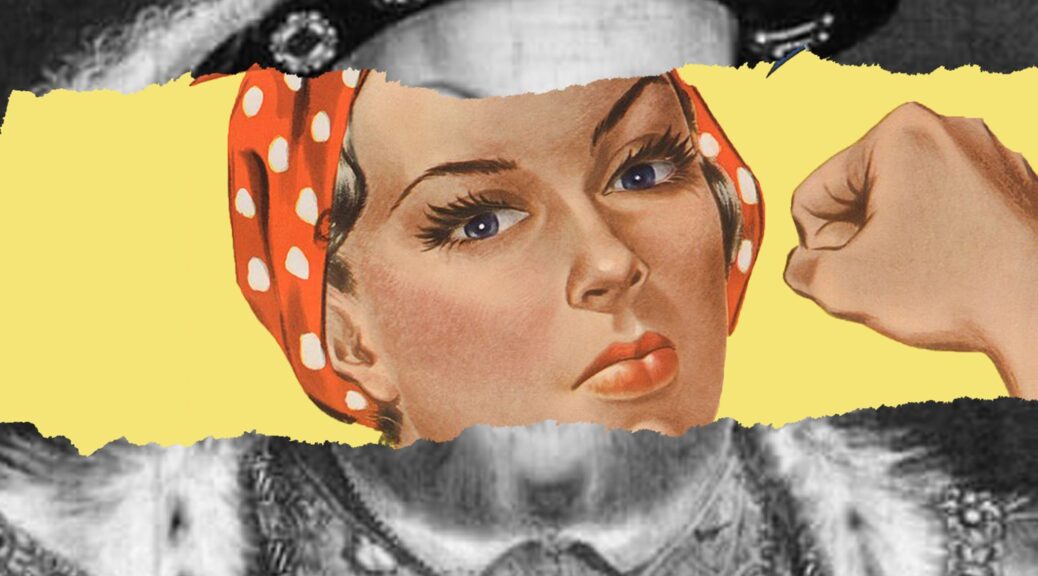 We are a nation and a current series of generations where our childhood and knowledge of history is emphasised by the brilliant Horrible Histories books by Terry Deary and the beloved show shown on CBBC (but let’s be honest: when was it ever for the kids!).

So when invited to a show that has changed this to “Herstories” I was definitely intrigued and excited. Horrible Herstories is a hilarious and unbridled take on female history, flittering between different parts of history in a sketch-show-like manner. The premise basis itself on a group of men who are all hammed up and one dimensional and hilarious versions of the gender. All called Phil, they are unaware of anything to do with women, let alone their place in history, and the mick is very much taken of them. This is where it leads to them learning just what an impact woman had and what they had to put up with.

Like any sketch-show, the sketches are small and to the point. They don’t need to be long to be absolutely side-splittingly hilarious and it was in a way brilliant to see the occasional man in the audience not quite get the quip or feel uncomfortable. It was a shake up of the comedic kind but also a political stance with no inhibitions.

The performers were all brilliant; just like the television programme, they could all turn their hand to a huge range of characters – from the typical news reporter, the egotistical man, the girly girl women. And it all worked brilliantly. They were fully in each character, supported with minimal staging and costume, but this didn’t matter; in fact I would say it enhanced this. We didn’t need sparkle and flashy theatrics; all we needed was the brilliant writing and comedic approach to true history.

As this was the last night and they had run for a month, there were moments of corpsing and if you have read any of my former reviews, you know that I love this. I think it shows the comradery of the actors, the fun they are having and as a performer myself, I know that a long run is always met by silliness and a euphoria in the end. It was clear that the performers had a great connection and were having fun, celebrating the end of a successful run of such a brilliant production.

Horrible Herstories seems much in its infant stage, but what a brilliant place it is at this point. It is witty, funny, clever and an absolutely brilliant production, that can only go from strength to strength.