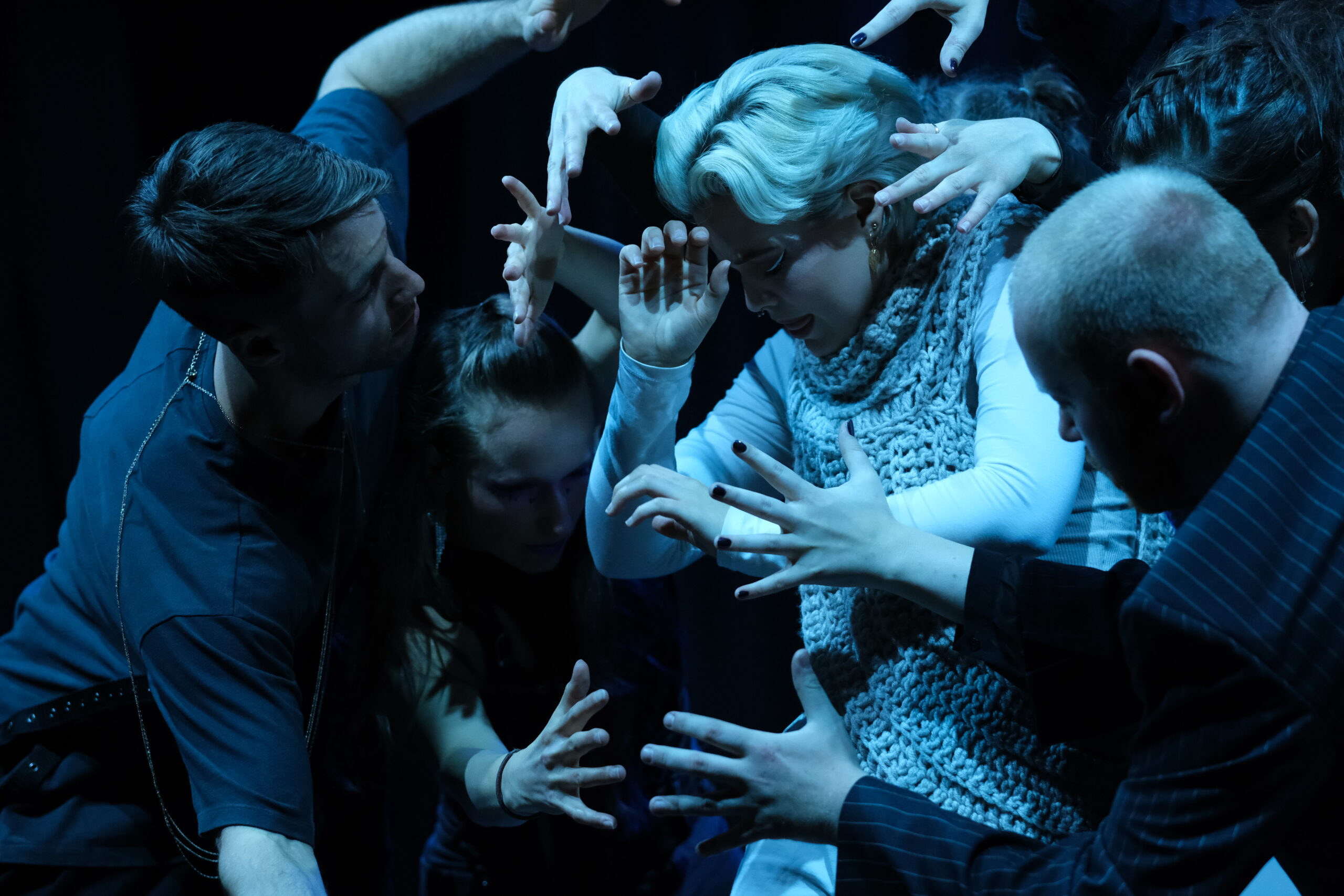 The world of Greek Myths is full of tyranny, of hypocrisy, of sex, of comedy, of sheer power and grotesque storytelling. They are the stories that have most been carried through time, updated and mirrored in popular culture and continue to be apart of society. This is very much what we get from Myths Unbound Productions and their production of Prometheus Bound (Io’s story).

Taking a new approach to Aeschylus’s Prometheus Bound, Myths Unbound have updated and changed the viewpoint of this tale. An ancient Greek tragedy, this story focuses on the competition between the God’s, the injustice of punishment for helping humans to progress and, by taking it from the point of view of Io, a mortal plagued by the God’s doings, looks at what it means to be a human as opposed to a higher being that society trusts the judgement of.

This production has an edgy-ness to it. No toga’s or golden crowns but a gothic, alternative take. All in black, there are little elements added to the immortal beings to differentiate them using colour and make up that Tik Tok stars would admire, along with their differing personalities and interactions, to show these staple characters and their impact to the story. Simple changing of jackets helps to double up on a character and with this and other parts of the writing, Myths Unbound take a comical view of breaking the fourth wall and playing upon being self aware as a theatre production – the same actor is acknowledged and the confusion of the characters; we are addressed and yet Io asks “who are you talking to” which for sure brings comical moments. The only difference is Io who is dressed in a cream to create the dynamic between the humans and the Gods. This was quite refreshing, showcasing that the Gods aren’t so “heavenly” and actually the darker part of the tale, despite their idolisation.

Despite these interesting elements, I found it hard to engage. With such a complex story, it felt that you probably had to know the tale well to understand their changes to the original story. A story I’ve not heard before, it therefore left me a little confused and some elements I wasn’t sure were fully explained. Not a criticism, but the performer playing Prometheus was of slight distraction with his uncanny performance and looks similar to Captain America’s, Chris Evans.

Overall, the aesthetics of Myths Unbound Productions, Prometheus Unbound (Io’s Story), were refreshing and a modern take on such an ancient story. I just found it slightly a hard storyline to follow which, I can completely understand could plainly be to my own lack of knowledge.