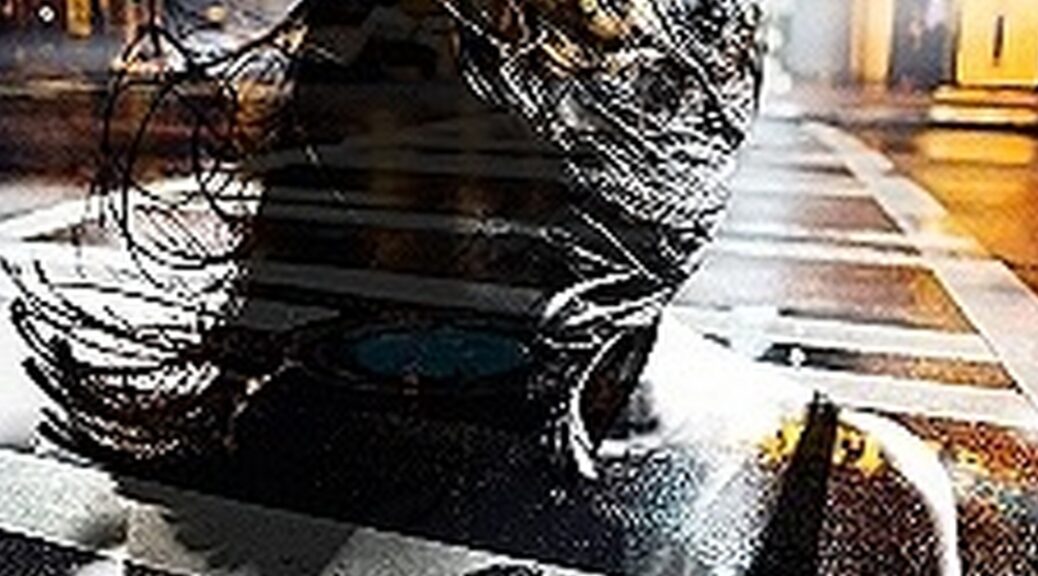 In this tiny shipping container, we are welcome by an almost “ying and yang” symbol from two bodies in a box, amongst torn paper. What unfolds is emotional, fun and shocking altogether.

Sandcastles is about a unique friendship between two girls. Meeting as children, they grow up together and grow apart, as one stays to the town she has always known and the other moves across the world. Sandcastles takes on the trial and tribulations of female friendships, of long term friendships, of belonging and feeling displaced.

Focussed around this box, it took a long time into the production for me to realise that this was a representation of the sand box that these two characters meet in, building sandcastles as children. Two very opposing types of people, their comradery comes from the lack of inhibitions as children. As they grow up, they get drunk and hold eachother’s hair, they kiss boys and bundle around their local town and soon there is a realisation on their differences; the fear and the anxiety from one of leaving a place she knows and the other of someone who feels as if she doesn’t belong any where physical.

The friendship between these two seems natural, it seems uninhibited and naturalistic to an extent. Both performers did their characters justice, bringing a reality to this environment somewhat void of reality. You feel included somehow, even if this is between only two people and it makes you re-evaluate your own friendships.

The box of paper became extremely significant; the performance featuring around, in, on, by, using this box of paper, it doubles up as many things and signifies much of their friendship, centralising it. The choice to not use sand by white paper added an angelic and ethereal element to this story.

My only criticism was that there felt like a lot of content bundled in and a slow pace. Some elements could perhaps be condensed or not used at all, feeling more like buffer content. It also needed a little change of pace, something to break this and give it a little momentum.

Sandcastles is a really beautiful play and certainly can be relatable to female friendships, general friendships and growing up. It just needed a different dynamic occasionally to keep the pace interesting.