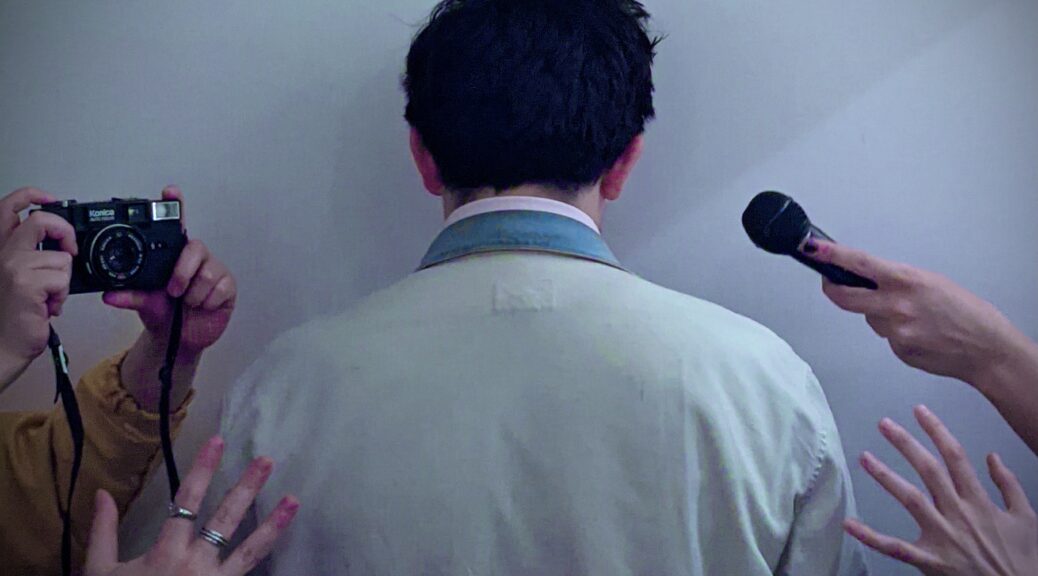 This surreal and funny production was the first show I saw of this fringe. Late at night, the room was nicely packed for something billed at this time and rightfully so.

The Rodney Buzzard tapes: Evidence of an Honourable Man touches upon the recent phenomena of True Crime. Utilising quintessential themes of these documentaries, a group of amateurist drama nerds and a criminology nut embark of telling this fictional story; full of satire and tongue and cheek of these shows, this production is hammed up and as absurd as it can get, which makes it all the funnier while they endeavour to find the truth about this serial killer.

It begins with, what I can only describe as something from The Mighty Boosh – very much looking as if they were inspired by the Betamax character from this shows third season, a tape enhanced monster, almost slimy in appearance appears, creating movement and shapes that are comedic but also slightly intimidating. It very much didn’t give anything away to what the rest of the hour would entail; whether this would be frightening or fun.

The story continues to be as absurdist and bizarre as this initial introduction. The premise being that a criminology enthusiast has coaxed his drama friends into re-enacting a series of experiences, from not only him but also the serial killer. There is very much a sense of making fun of themselves, of the situation they are in but also of drama students in general and so this is a particular element of comedy that fits with a good chunk of the fringe audience.

Unfortunately, while fringe is very much a place to explore productions, it did at times feel as if there was too much content and so lost some of the comical factors in this. This is something all theatre makers continue to face when creating something new and so isn’t the biggest of issues and i’m sure will be challenged in each rehearsal and performance as all productions do.

The Rodney Buzzard Tapes was a lovely surprise for a first production viewing of 2022 fringe. With a little more challenge of their content, this piece could hit every element of comedy and bizarrest intent, with ease.