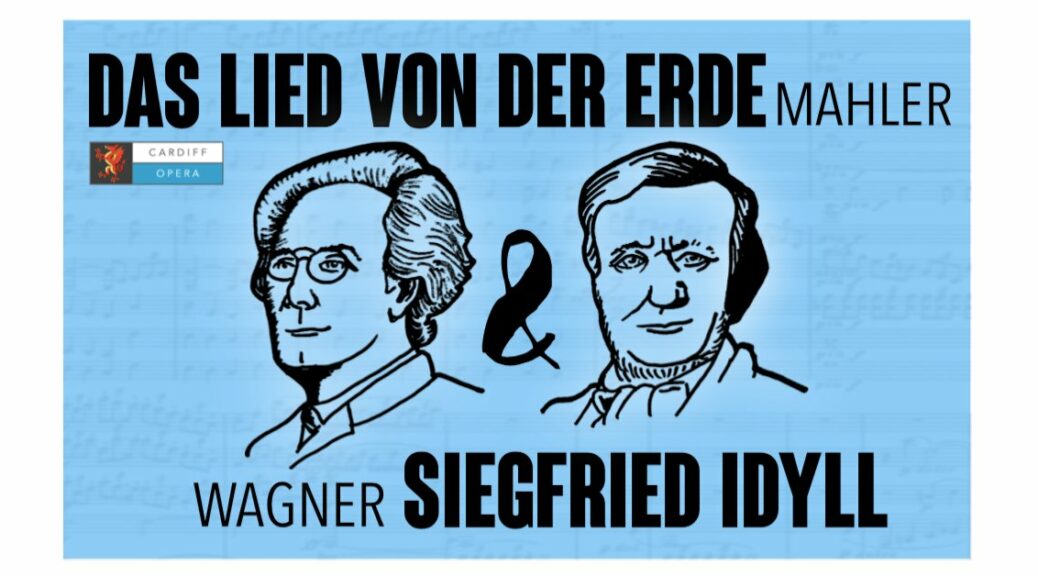 A heatwave joined for the latest excursion to Penarth for Cardiff Opera for their latest concert. Having seen their Julius Cesare by Handel, this unassuming collection of young singers and instrumentalists offering up to the Welsh capital events both popular and rare.

The Siegfried Idyll from Richard Wagner is perhaps one of the finest depictions of a forrest. It’s a much more gentle side to the arrogant and racist composer, presenting the piece to his wife Cosmina on Christmas morning. Later recycled into the opera of the same titular hero, this is gateway Wagner for people not to sure of the five hour epics which follow. It was the strings here which let down the side on a few occasions, some problems might have been with the vibrato. Though it all, the sweetness and charm of the work still shone through, conductor William Stevens with a no thrills command of the score.

In a hefty follow up, Mahler’s The Song of the Earth sees ancient Chinese poetry mixed with the composer’s angsty, Austrian existentialism in a heady brew. This is Mahler’s good bye to the world, at least for me much more then the 9th and 10th symphonies (the latter incomplete at his death). The woodwind was fairly tight here, the players reduced to a very small size for such a work got away with it, though it may not have captured that universal metal the composer demands.

Fine footed tenor Robert Felstead get some lush moments of nature and drinking, the rowdiness of the role a bolstering, unshaven thrill. For me the real joy came with soprano Rebecca Chellappah who sings the majority of this song cycle with grace, has an affirmed sense of drama and musicality. The Farewell takes up half the piece and is a devastating departure, Rebecca  awash in this grand movement of the passing of time, as nature thrives. All that was missing was the celeste for the final flurry in the last few bars.