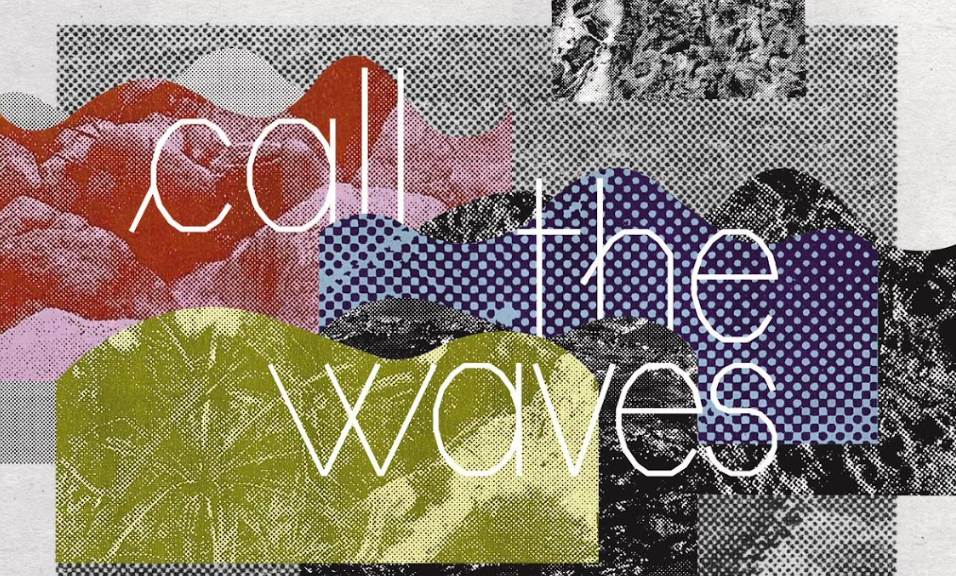 It is water, the lifeblood of all things that is the major component of Chapter’s latest exhibit. A diverse group of mostly female artists and other academics have teamed together to tell an absorbing tale of their relationship with water on both a personal and cultural level. The lands of Wales, Palestine and Morocco feature, spread out in the gallery and not cluttering any of the work.

The first room with Kandace Siobhan Walker sees a fishing net looming over us with polaroids, song lyrics and sea-scape video that welcome us with much poetry and retro charms. Noureddine Ezarraf had made fabric pieces which I’ll confess don’t ignite the senses, though do have subtle nuances, both works marbled with black lining over the soft, amber palettes.

Bint Mbareh has found her own little nook, with a live performance of Stellar Footprints in her fabric fort. As we watch seeing only her feet and bottom legs, she asked us to feel as if we had water dropping on us and around us, then requested we walk around her structure so that she could capture the sounds. Speaking to Bint after, she admitted more needed to be done to capture the energy of the audience, who fizzled out after a while, giving up on the stomping, as if we were wading through water. She invited us beforehand for a select few of us to join her in the fort towards the end, some did though the piece appeared to be over. With a bit more rehearsal this could be quite tight, Bint’s vocals singing through especially exquisite towards the end.

Fern Thomas’ work sees wordy verses spread out all over the wall, as a rock on rope gently sways in our line of sight. A rich spiritual heritage fills the words and a universal mood comes across in these words of love and respect for water. The final room filled with the pieces by Alia Mossallam and Maya Al Khaldi had headphones with folk singing mothers looping and a little study area with desks and carpets (we are encouraged to add to the embroidery, with staff offering needles). I found this room quite absorbing, letters from the British government in Egypt allude to corruption and racism, the carpet spreading up to the wall a really nice touch as well. Veils also hang from the ceiling a slight flutter to the end of a exhibit with history and culture as it core.

Calls the Waves continues at Chapter Arts Centre till 20th November 2022 along with further workshops, talks and further performances.