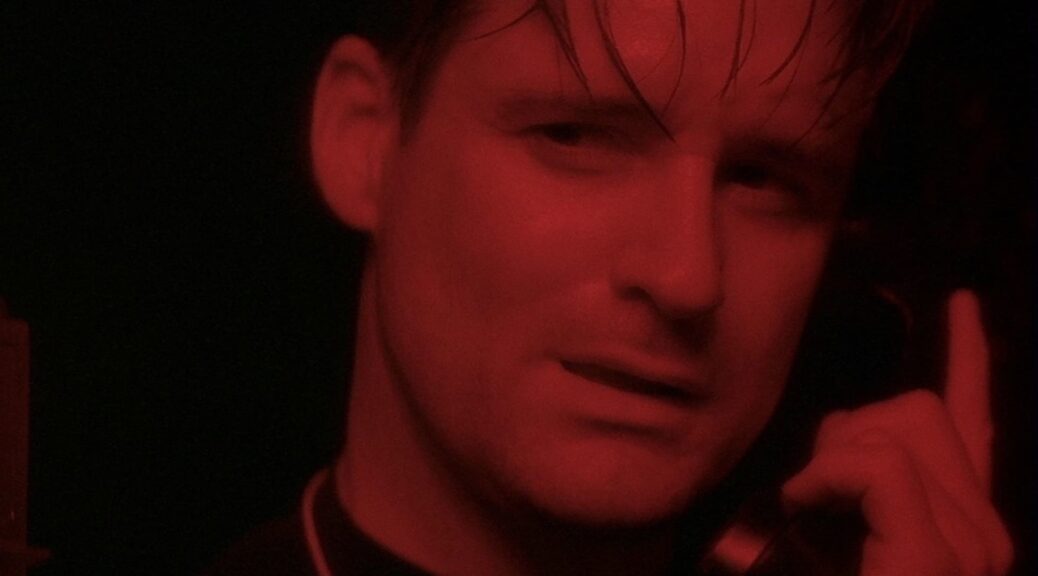 Anyone who knows me will declare my love of American film director David Lynch. The dark, eyebrow raising, nightmare vision that is his canon leaves most perplexed and others reeling. I’m usually in the later category.

For one reason or another his late 90’s classic Lost Highway has alluded me for years. The Watershed in Bristol had the great fortune of getting the 4K remastering of the film, a UK premiere. I’ll confess the film looked blazing on the screen. The exquisite close ups of mouths, eyes along with some truly vivid sexual scenes. Now known as the first flutter in Lynch’s L. A. Trilogy, the superior (in my opinion) Mulholland Drive followed by the even denser Inland Empire.

A post-mortem on the film requires time and patience. The first third of the runtime, is the definition of total paranoia, the use of VHS is of it’s era and a clever component of the horror aspect the film swerves in and out of. Bill Pullman plays Fred Madison, a free-form jazz saxophonist who suffers with headaches and an intense anxiety seen little of in cinema. His wife, Renne played by a stoic Patricia Arquette add a deeper mood to the film, seen later as the sensual Alice Wakefield in one of the films most head scratching phases. In a strange transformation scene, Fred whilst in prison for the murder of his wife, appears to morph into Pete Dayton, played by a chipper, subtle Balthazar Getty.

It is the performances of Pullman, Arquette and Getty which command the film, most of the intrigue coming from what on earth happens to these characters. One wonders if doppelgängers and tulpas might be involved, a theme in Lynch’s work for decades. You can easily see the influence of Greek myth, Buddhism and American folk heroes smeared all over the film and it works to the best it’s ability. Co-written with Barry Gifford, Lynch’s usual tricks are never far away, the smoke, fire, booze and rock music, the trappings of this movie master forever enthral. What exactly occurs in the film is up for debate, though appears to have clearer abstraction then later work.

As always with Lynch the humour is flies through and this Bristol audience got some good laughs throughout this absurd, beautiful film. Some idol police detectives inject some well needed laugh earlier on, as the realisation of a home invasion is established. Some more surreal supporting cast choices include Richard Pryor, Mink Stole, Gary Busey and Henry Rollins. Also of note is Jack Nance as Phil, in his last feature role, a Lynch veteran who wowed and delighted audiences for years, only to die in a bizarre attack in a donut shop.

Robert Loggia intimidates as both Mr Eddy and Dick Laurent, with neither character you’d want to cross, as proven by the hilarious car chase scene where he pistol whips a driver who cuts him off, whilst lecturing him about the highway code. Nothing remains more spooky in the film as The Mystery Man played by the pure terror of Robert Blake. I found I had chills in his scene with Pullman, the now famous “At your house” line is later heard in Twin Peaks: The Return, in keeping with the cyclic condition of Lynch.

Some of the musical choices may date the film slightly, though most are inspired: the likes of David Bowie with Brian Eno, Rammstein, the now cancelled Marilyn Manson and Nine Inch Nails are highlights. Angelo Badalamenti’s score is evocative as ever, the perfect companion to most of Lynch’s warped presentations. Not his most brilliant music, but some nice moments by any standard.