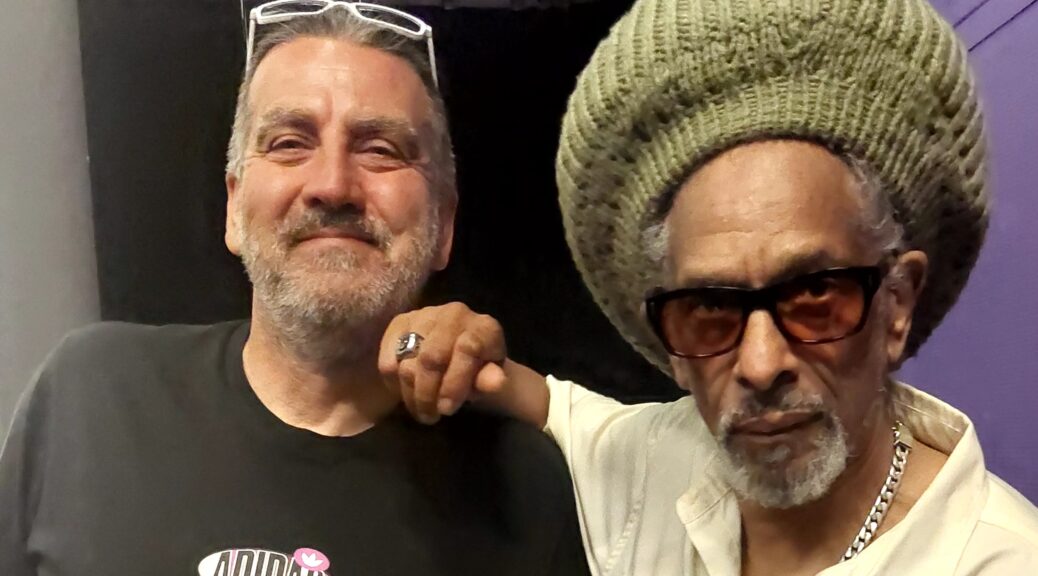 Five out of five very bright shining stars, shining almost as bright as the man himself! The film Rebel Dread tells the story of a video producer, DJ, broadcaster, filmmaker, songwriter, musician, author and as the title suggests…Rebel. All of this can only point to one man, the super-talented and incredibly likable Mr Don Letts.

Rebel Dread documents Letts’ life growing up in 1960s/70s London where it all began and beyond, from his schooldays where he was subjected to racial abuse, which was all too commonplace at the time, to his first rock concert and his first act of rebellion. It talks about his teenage years and the point when his life direction would change forever, right up to the present day. It looks at how music, fashion, cultural difference, police harassment and unrest had a massive impact on his life and how he embraced what was happening and how he ‘turned problems into assets’.

Letts posed a striking figure, he had the good looks, the charisma, the attitude and the balls to go out and get what he wanted. He trod his own path, a path that would lead him right to the epicentre of a newly emerging and exciting London scene that he would so quickly become a major part of. Rubbing shoulders with up and coming entrepreneurs Vivienne Westwood  and Malcolm McLaren and meeting and eventually working with some of the biggest names of the punk rock scene at the time including The Clash, The Sex Pistols, Siouxsie & The Banshees and The Slits, which he would manage, to name just a few. Oh yes, he also met and became friends with Bob Marley!

At the time it was initially seen as strange for a dread to be mixing in the punk scene,a scene that was predominantly white and Bob Marley told Letts this when he turned up wearing bondage trousers. But Letts viewed the punks as being very much like some of the black community, disenchanted with the politics of the time, oppressed & harassed, a minority looked down upon by others, a minority that weren’t afraid to speak out and to rebel against the system. Letts embraced the Punk scene and through his love of reggae music enticed the punks into his world with the throbbing baselines of heavy dub.  Letts was like some kind of social honey bee, mixing with different cultures, pollinating and fertilizing to create the perfect hybrid.

Being a child of the 1960s myself and a punk and reggae lover of the 1970s and beyond I found it very easy to relate to Letts’ story even though our lives were poles apart and I hadn’t even heard of him at the time. It doesn’t matter as our love for the fashion and the music was the same, our burning desire for change was the same and our willingness to rebel was the same. What I didn’t realise at the time was the influence Letts was having on me without me even knowing it!

Letts has led an exciting and varied life, he’s had his share of woes and personal problems, highs and lows, he has traveled and worked with some of the biggest names in music and at 66 years of age it doesn’t look like he has any intentions of stopping just yet.

After the screening we were invited to stay on for a Q&A with the man himself and what a lovely, sociable, grounded man he is. Letts answered the questions put to him by the interviewer, local reggae artist Aleighcia Scott and also found time to answer questions from the audience. After the Q&A Letts stood around chatting and posed for numerous photographs.

If you want to hear the rest, and there is a lot more to hear! Watch the film Rebel Dread and read the book There And Black Again.