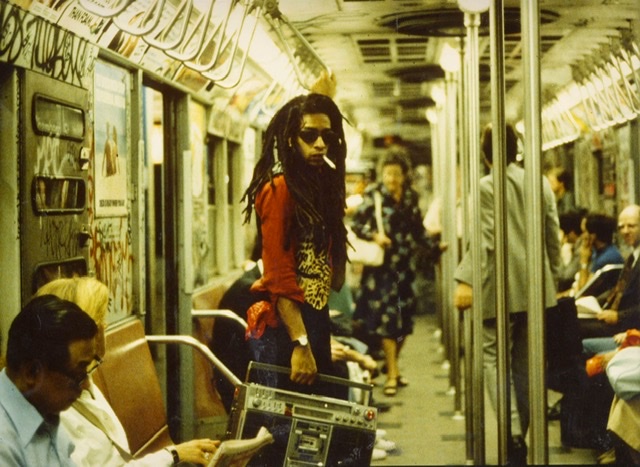 Newport Riverfront Theatre & Arts Centre is the only venue in Wales to host the Windrush Caribbean Film Festival 2022 the turnout was poor considering the amount of effort that it must have taken to put this event together, however, my experience was not disappointing in any way – I had a fantastic evening.

I had the pleasure and excitement of being catapulted back to my rebellious, wild, outrageous youth by watching Don Lett’s film ‘Rebel Dread’.

‘Rebel Dread’ tells the story of Don Letts, born in Brixton to parents who had come over from Jamaica in the mid-50s to work on the buses and the garment trade. Letts is a first-generation Black British-born filmmaker, DJ, cultural commentator, author, and musician, who grew up with the ever-present threat of racism, police harassment, and violence in London during the 60s and 70s—framed by Enoch Powell’s ‘Rivers of Blood’ speech in 1968 and the 2018 ‘hostile environment’ immigration policy.

It was fascinating to learn Letts had the second largest collection of Beatles memorabilia in the UK (which he swapped for a big American car) and as a youth, his first gig was going to see The Who, which changed his perspective on life, brought out the ‘rocker’ in him and led to him setting fire to his desk in the classroom at his school. Desmond Coy, his older brother, recalled a David Bowie phase too, when Letts wore earrings and sported eyeshadow.

Don Letts has led a dynamic life, he became friends with Malcolm Maclaren and Vivienne Westwood and found himself at the epi-center of the emerging punk movement, he came to notoriety in the late 70s as the DJ that single-handedly turned a generation of punks onto reggae, which also coincided with his initial thrust into film-making, following the gift of a Super-8 camera from Carolyn Baker.

Letts was a DJ at the first punk club ‘The Roxy’ in 1977 and it was here that he made his first film ‘The Punk Rock Movie’ featuring the Sex Pistols, The Clash, Siouxsie and the Banshees, and many others. This led to him directing hundreds of videos for a diverse and impressive mix of artists, ranging from Bob Marley, The Clash, Elvis Costello, Musical Youth and many, many more.

Letts was a very cool, stylish man, his image was original and at that time he was unlike his fellow Rasta brethren which led to him ‘standing out’ and being something of a ladies’ man, he had a very complicated personal life.

Since 2009 he has presented ‘Culture Clash Radio’ a weekly show on BBC6 Music. His autobiography ‘There and Black Again’ was listed in the Rough Trade top 10 books of 2020. Don is currently working on his first solo record with Cooking Vinyl, due for release in Spring 2023.

After the film Letts appeared for an interview with Aleighcia Scott (Cardiff-born Welsh-Jamaican reggae artist) and a Q&A session, which saw him merging with and interacting with the audience, enjoying the random questions and relaying his eclectic life and exciting times.

He is a very personable man, he was funny, interesting, intelligent, and energetic, he has time for people, he understands the value of socialising, and absorbs the world around him.

Don Letts is a fearless, courageous, influencer and purveyor of change, a merger of cultures, and a blender of people.