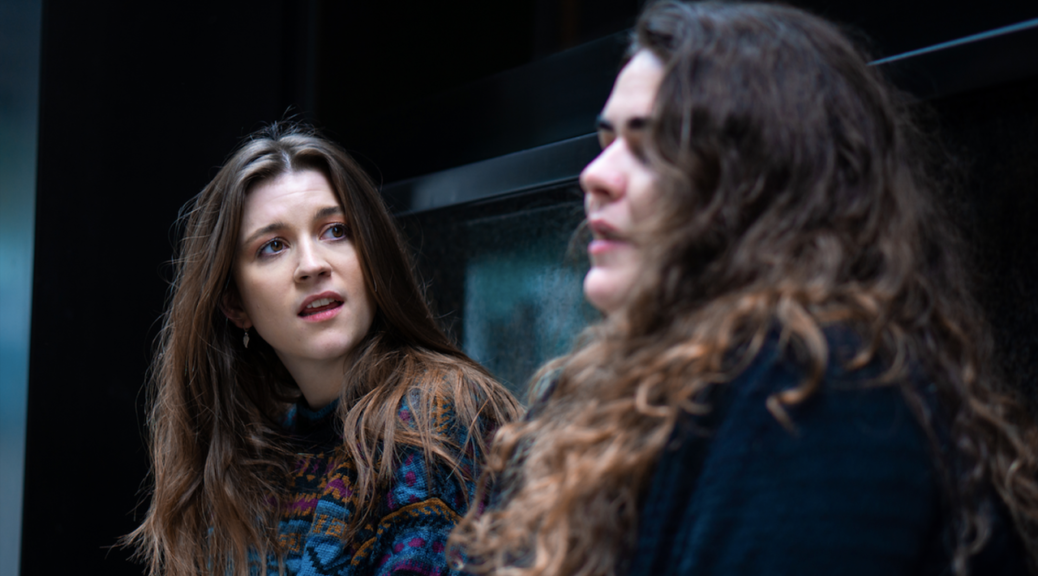 I arrived at The Cockpit Theatre tired from the rushed venture from nearby Paddington, for one last hurrah in London. I prepared for what I was about to see. Obsessive Compulsive Disorder is very personal to myself and my family, with some friends also having the condition as well. Going in with my own history with the condition, I was curious to see how others would express their obsessions in a theatrical vein.

Concept Theatre have put their cards on the table in a telling depiction of OCD. Essentially a show of two halves, the sharp and witty Catarina Thane is Matilda, our guide through the show and creator of a podcast all about OCD. Elements of her performance give cabaret vibes with singing and audience participation. Catarina did a great job to make the audience feel welcome and relaxed, as we were about to infiltrate some dark territory.

The other side of the shows sees scenes with the sisters Tilly and Grace, the latter arriving back from uni. Grace is not sure what’s wrong with her, craving reassurance that bad things won’t happen to the people around her and frantic draw opening and closing sessions are never far away. These moments are funny and honest, the dialogue realistic and far from arbitrary. Sarah Eakin as Tilly, demonstrates the condition well. Stewing in her rituals, lost to the world for a trinity of repetitions, this reaches its zenith when Grace sees the intensity of her sisters condition in full force. Jasmine Hodgeson, as someone who has OCD, gives warmth and a sisterly rivalry for Tilly’s plight, at first saying the typical quips you’d expect to hear (hence the name of the show).

Matilda coming back and for between the tableau was a nice touch and gives rest bite to the intense anguish of the rumination seen within the sibling storyline. Director/writer Ria Fay also gives a pleasing turn as Grace the therapist who rescues Tilly from her own mind. Phrases such as “Groinal reaction”, “That’s against your views” and “Thoughts are not facts” pass the expert’s lips and have a profound impact on both Tilly and the audience. This hit close to the bone for me, as a person with OCD can convince themselves they are a bad person who may commit bad acts. Need I say more?

Even with the grappling such serious topics the show still is amazing and had some powerful insights into the condition. Even for myself, with not a confirmed diagnosis, certainly find aspects of it within me, though I would never utter the name of this show as it’s easily become the definitive statement that people with the actual condition can’t bare to hear. My advice is to increase the Lynchian elements of the show, a lone, flickering lightbulb and some ominous whooshing set the scene to plunge into the recesses of the mind.

A Q & A with the cast and director proved how important work like this is today. I hope the rest of the shows get good audiences and responses. Theatre like this could save lives…

“I’m Just A Little Bit OCD” continues on tour around London at Southwark Playhouse on 19th June 2022 and at Chickenshed for captioned performances on 26th June.