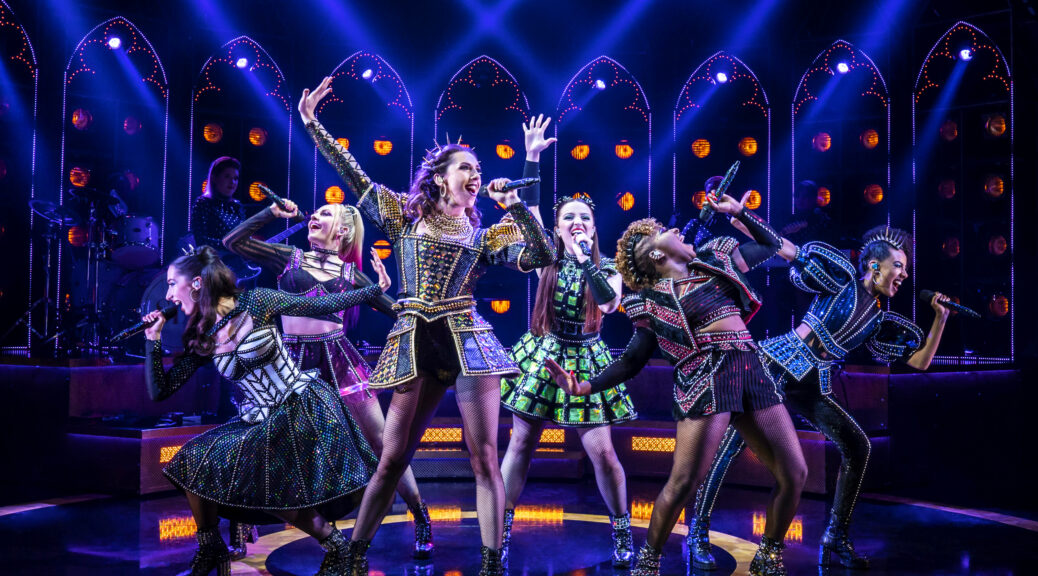 The age-old nursery rhyme, right? History buff or not, most of us know it, have recited it, skipped and handclapped to it, used it to our advantage in a pub quiz…

But how often do we stop to think that these six words that have been periodically used to sum up the legacy and lives of six remarkable women in history? Six individuals flippantly reduced to six words. Words that ultimately reduce these women to the impact their husband had on them.

Henry VIII and his Six Wives have dominated the school curriculum for decades; a period romanticised by Hollywood, become an inspiration for artists, playwrights, authors… but how much do we really know about the women behind the marriages? The women behind the tyrant.

Time for history to be overthrown, thanks to the feminist fuelled ensemble that is SIX.

Prepare to feel empowered, uplifted, and hit by a wave of strength as these powerful Queens finally get their chance to sing their truths and become named, REAL women – not just one word in a stupid rhyme.

SIX perfects the unbelievably difficult task of towing the line between light-hearted, historical romp, while highlighting the major injustices and abuse faced by women in the Tudor Court. What’s more, the show ingeniously shows the hurdles faced by these women through a modern lens – everything from unachievable beauty standards, harassment, gaslighting and predatory behaviour that could easily paint Henry VIII as the Harvey Weinstein of his day. We quickly come to realise modern day women are still fighting the patriarchy in similar ways to that of our sisters 500 years ago.

But this isn’t a show to get you down!

Enough of Henry and his penchant for wedding (and beheading) – SIX shines a literal spotlight on each Queen, allowing the audience to learn more about their individual trials, tribulations and achievements over and above simply being wife. Their stories come to life through a range of girl power-fuelled song and dance numbers that give off a gig-like atmosphere as opposed to that of a traditional musical. The live band on stage, fabulously called The Ladies in Waiting, bring so much vibrance and energy to the show, making it almost impossible to stay still in your seat.

A gloriously diverse and talented cast bring the insanely catchy and clever score to life, with their real strength found when they come together to sing as the ultimate Tudor girl band! You’ll spend long periods of the show taking in the unbelievable detailing of each Queen’s costume, which mix Tudor embellishments with modern day sass – each one is completely different to the other, giving the Queens individual styles and silhouettes on stage. There is lots of funny and heartfelt moments too – the energy is infectious, and it is so obvious the cast are having the time of their lives on stage, which radiates into the audience. Feel good vibes all round!

No longer Divorced, Beheaded Died. Divorced, Beheaded, Survived. They are Catherine of Aragon, Anne Boleyn, Anne of Cleves, Jane Seymour, Katherine Howard, and Catherine Parr: inspirational women in their own right and so much more than who they married.

Too many years lost in history, these six remarkable Queens are finally free to take their crowning glory, so do your royal duty and spend the evening at the most inspiring royal court in HERstory!