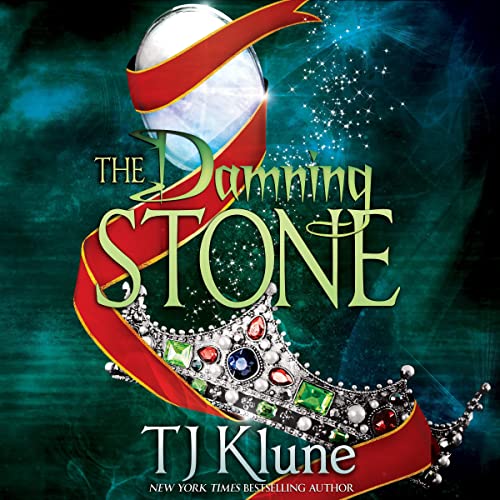 The most recent instalment of TJ Klune’s Tales From Verania series hit this week. I had it on pre-order once I’d realised how quickly this book had snuck up on me. I wasn’t sure exactly what to expect; I knew there would be more on my reading of the last book in the series, Fairytales from Verania, and I knew that the point of view was set to shift from Sam (who the main series has as it’s point of view) to Prince Justin (a character greatly involved in the main story – in the main cast, but a side character of the main cast). This was something I initially felt a little unsure of – although this is something TJ Klune has done before in his Green Creek series, something about a series so firmly set in one characters eyes for four (and a bit) books, the jump felt a little out of left field, and I was left wondering if it would feel too different to cohesively flow. But, luckily, the writing is as seamless as ever; the dialogue continues to be a fun twist of modern and sharp, playfully funny, and honestly genuine.

The story itself is full of twists and turns; a seed of doubt blossoming and the aftermath of the “main” series concluding neatly, which I liked to see. I went into this book quite blind as, I’ve found, TJ Klune does an excellent job at saving the cliff-hanger for the next book to the very, very last moment, so I had nothing bracing me for the story of this book. Which made it great fun as it unfolded before my eyes. I read it in about two days, absolutely enamoured by the way the cast dynamics were shifting, and the story that was before me. I don’t want to write about any spoilers (especially since the book only came out this week, so that wouldn’t be fair, and I think it’s better to go in with the rest of the series strapped to your back, rather than jumping into this one and being blindsided entirely).

I feel as though once you start a TJ Klune series, there is a comfortable air of “sameness” that begins to gather around you. This cast of characters was familiar to me, to a point where I could start to guess their reactions to events in the story – I usually don’t enjoy this, but with a series of books I find it just different enough for me to forgive. I’ve spent countless hours reading these stories and getting familiar with the characters to the point where I am entrenched in the world, and I feel better every day for having decided to read this series. TJ Klune’s writing, while always excellent, is beginning to feel homely and safe, which I genuinely appreciate in a world of shock-death-endings or abrupt cancellations. So, when the tense “final battle” of this book began (and tense it was!) I found that I wasn’t nervous – I didn’t have a coil of disappointment ready to spring in my gut, because it simply wasn’t there. TJ’s storytelling is a great skill of his, but I find his openness with his audience something far more remarkable.

The Tales From Verania series is an excellent (albeit, not a child-friendly one) story of love and hardship, friendship and connection. This book pushes that even further, now with the invitation to further lands in the fictional world which will, I’m sure, draw more characters into the wide circle of the main cast. And I am excited to meet every single one that shows its face.