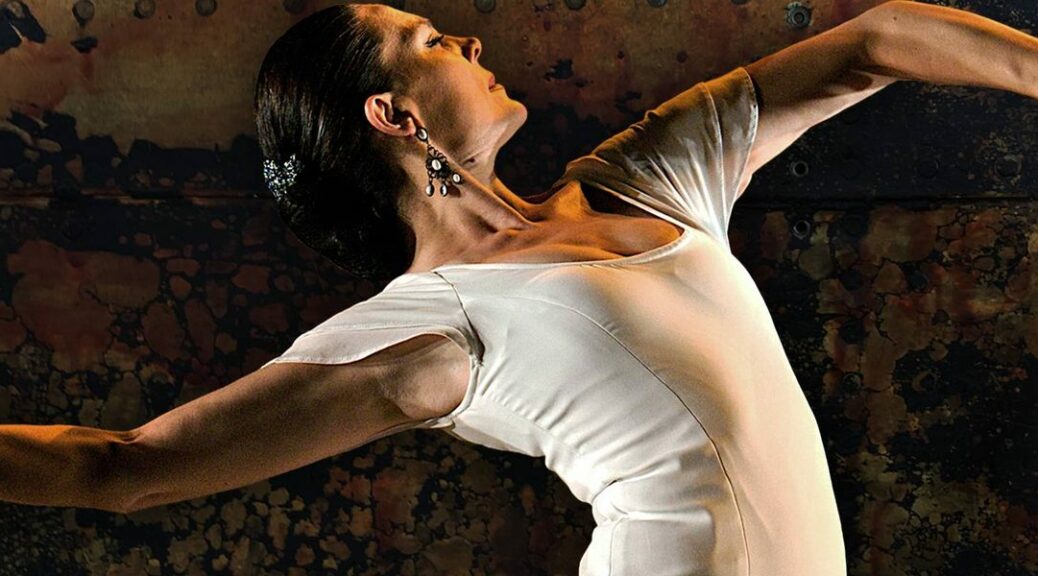 If you have never seen Flamenco dance, they you are surely missing out. A mixture of intense, fast paced and yet graceful movement takes your breath away and yet you feel the intensity in your own blood.

Paco Peña, one of the most formidable of Flamenco guitarists and composers, rejoins with director Jude Kelly, to bring a production comparing and contrasting young and mature performers, both musically and physically. It showcases the traditional dance, and how it drips down through generations, bringing new life to the old dance style.

The first half is actually quite the surprise. In their comfies, skivvies, whatever you call them, we feel as if we have walked into a Spanish bar; the ones you see in tiny Spanish towns or slightly more glamourised on TV and film, where the older musicians are tinkering their beautiful music on the guitar, there’s a make shift drum set, and the vocalising of the locals who have impeccable singing voices. Then, while clearly not ad hoc in this case, the local Flamenco dancers jump into the middle and perform with what they feel in the soul and through their veins.

The staging is minimal – it looks as if we have stumbled on the backstage of a set. This all together is super effective and, despite being in such a large Theatre, feels intimate. However, the novelty unfortunately begins to wear off, especially when the tempo of all the songs chosen for this section have the same slow beat; it soon becomes hard to pay attention to and keep interest. While the dancing is of course extraordinary, the music beautiful, it just wasn’t enough to keep my attention going.

The second half became more of a theatrical production – matching costumes, theatrical lights highlighting pockets of the stage with either a dancer or musician. The same Flamenco style of Spanish guitar and improvised and impressive vocals, this second half is very different – the tempo is interchangeable, from something very poised and slow to fast paced and fun. While I’m sure the theatrical elements added in this half help with its impression, the mixture of tempos and approaches to the dance kept us more on our toes and waiting for the next act.

Paco Peña – Solera is a great introduction to Flamenco. To see where it comes from in tradition to the more heightened modernity. It unfortunately needs a little shake up with the dances and music they put next to one another.