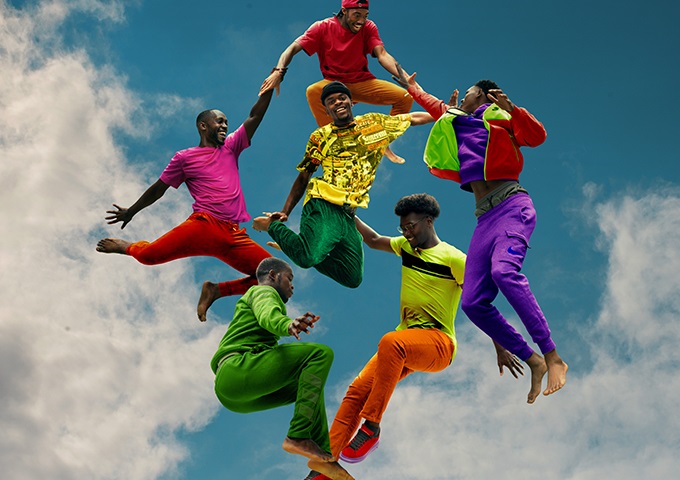 I heard on the Theatre grapevine about this show. Every word was good, if not amazing and therefore, I could not wait to see it.

Anyone who reads my reviews will know my love for the Royal Court and my opinion that they put on the most extraordinary of shows. They get better and better the more I go, but I really am not sure how they are going to top this one.

For Black Boys Who Have Considered Suicide When the Hue Gets Too Heavy, is a brilliant production about being male and black with all its pros, cons, its comedy and utter tragedy. It highlights what you would not know if you were not part of that community and the unjust treatment given to general human beings. It looks at each character, their personal issues, past, present, future, the question of masculinity and masculinity as a black man and completely celebrates the community, through dance, music, literature, history.

Each performer is almost a principle character to highlight differences, similarities and to squash away stereotyping. We have the hard character who is angry at the world, the studious and book smart one, the shy one who has also struggled with whether they are black after being brought up in a white community, the queer man who still hides in the heterosexual shadows and so on. While quite simply laid out, when we get into their stories, we realise they have experienced things that we would never expect. Domestic violence, sexual abuse, physical abuse. This highlights how the characters are not just 1 dimensional. They have many layers.

The performers were amazing – with genuine chemistry, effortless performance and tongue and cheek fun, these men seemed genuine friends and as if we were watching in on a group of real people in ordinary life. Only when there are dance cut aways and theatrical elements, do we remember that this is a production.

The elements of dance and physical theatre was astounding. It felt just and as if it fit in, with everyone involved and doing it fluidly, precise and mesmerisingly. Not only did it add to this brilliant production but it heightened it as an astounding piece of theatre.

There is a wonderful balance between these hard hitting stories and absolute belly aching laughter. Some bypasses those not in the community, but the joy heard from others in the audience who it relates to laughing, calling out – there was a comradery and a community setting in just this audience alone. And there was something for everyone – something every person, race, class, age could relate to and therefore, no one felt like an outsider or alone.

For those not in the community, this is a huge learning experience. We get to know of things from the black community, both positive and negative, and some is extremely shocking and un-thought of. I felt more educated and more of an ally than ever before.

For Black Boys Who Have Considered Suicide When the Hue Gets Too Heavy is equal parts hilarious, joyful, painful and hurtful – it is an education for those in the black community and for those not. It is such an important piece of theatre for every. single. person.