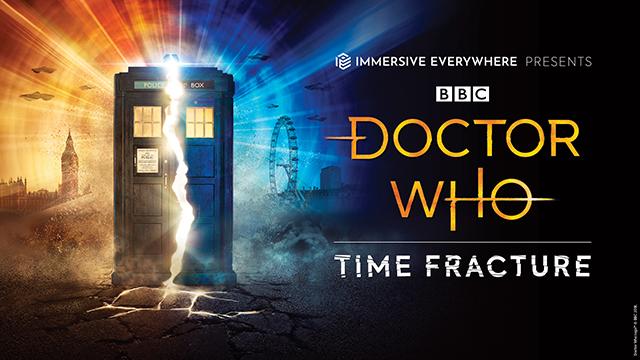 I’m going to start this by saying – this was a dream come true!

As a big fan of Doctor Who, when this came into my inbox, I screamed and jumped at the chance.

As most fans of something would be, I was dubious and a little concerned if I would like it. I invited my long DW friend along, who felt similar anticipation, mainly because unfortunately we have both lost favour of the recent series and were apprehensive on how they would play this out.

Gone are the times I remember where the Dragon Centre in Cardiff had the tiniest of exhibitions dedicated to the fandom, featuring a 10 minute walk through of things from the set. Gone are the days a long time after when the larger experience in Cardiff was prominent and I remember almost being in tears at how cool it was. This feels like a reincarnation. But one you are fully involved in.

The first thing to say, and we couldn’t stop saying it was the level of detail applied. I couldn’t to this day tell you the layout of this building, but everywhere you looked, there were tiny elements that if you blinked, you would miss them – a picture of a past companion, the general set and aesthetic, nods to past, present, future (little joke there for you), which found us constantly pointing out to one another and gasping with excitement. Perhaps lost on those who have come for just the experience, but certainly a brilliant addition for the die hard fans.

The narrative itself involved past characters, present characters, storylines we have already encountered, interweaved to create this exciting mission. There’s a fracture in time caused by a bomb in the 1940’s, but we need to help the Doctor to save the universe, making life changing decisions and sacrifices along the way (don’t worry – we all come out alive!)

We ourselves, seem to actually travel through time – we meet Davros, we meet Elizabeth I, Leonardo Da Vinci, the Gallifreyans, and all in different rooms and alcoves that are so exquisite in details. We are all engaged with; unfortunately (or fortunately!?) I seemed to have a face that said to interact with and so I may be biased, but it felt as if every person was engaged with. There were, like any immersive experiences, rooms we never saw. But you never felt as if you missed out and eventually the pieces of the puzzle easily fit together.

The performers stuck to their characters perfectly – improvisation techniques on point for any eventuality. A moment where the timeline of one performer didn’t match with the others in the narrative, she swiftly managed to pad the interaction out in character to fill that gap. Every performer was believable, whether in the spotlight or at the sides. True talented artists throughout.

And when the villains we all know get involved – it felt genuinely scary. Not many of the shows ever truly scared me, but confronted in person with the Weeping Angels, the Daleks, Cybermen… and many more – my god, it felt as if I was really running for my life.

For any Doctor Who fan, this is a must. For anyone who wants to have a genuinely exciting adventure and be surprised at (often literally) every turn, this is certainly for you. I felt transported and never wanted to leave.