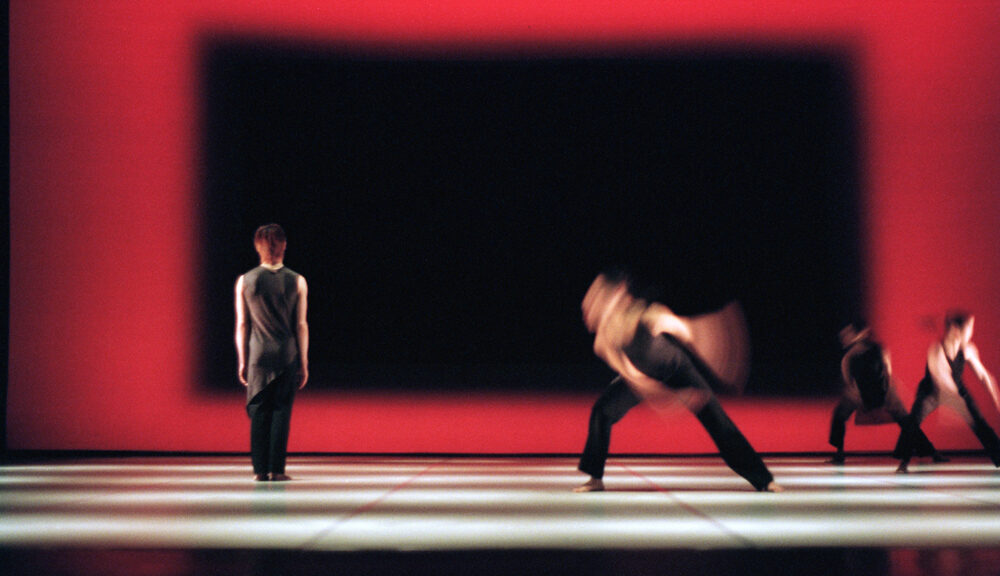 While the seats are still filling, and the last of the audience are rushing in for the no latecomers policy, suddenly someone is on stage. In the darkness, a faint red frame on the back wall, with his back to us.

It’s a wonder whether anyone has noticed him, with chatter still continuing, but the show has begun, and there is a eeriness about this foreboding body.

Akram Khan delivers some of the most interesting, dark and unusual dance productions. This is no different with Kaash. With elements of contemporary dance, influenced with religious, cultural and rhythmic dancing and gestures, the production delivers the deep, dark and at times frightening expressions of Hindu Gods, black holes, creation and destruction and much more.

The colours of the production are earthy and naturalistic – with browns, reds, black and whites highlighting the dancers and the stage itself. It is calming at times, making you feel grounded, and others frightening.

The sounds change from heavy drum beat, to fast paced speech in another language, to naturalistic sounds like wind. However, there is a sense of alienation theory when the sound is cranked up; it gets louder and more foreboding and sounds a little like when a killer is about to appear in a horror film. There is no sense of an end, half expecting something to make you jump but the crescendo is outlived and we are left in bewilderment.

The dancers, using leitmotif gestures that come back and forth throughout, are somehow gentle yet fierce with their movements. Effortlessly sliding around the stage, they make it look easy, but the beads of sweat show otherwise. There is a moment when we see one “breaking down”; physically it is as if she is a robot that is malfunctioning and the movements and way she contorts herself is equally natural and unnatural. It’s difficult to watch but you also cannot take your eyes away.

For a 55 minute piece, Kaash felt like an enternity of a devious world but equally making us want more. It is dark and scary but fascinating and awe inspiring.