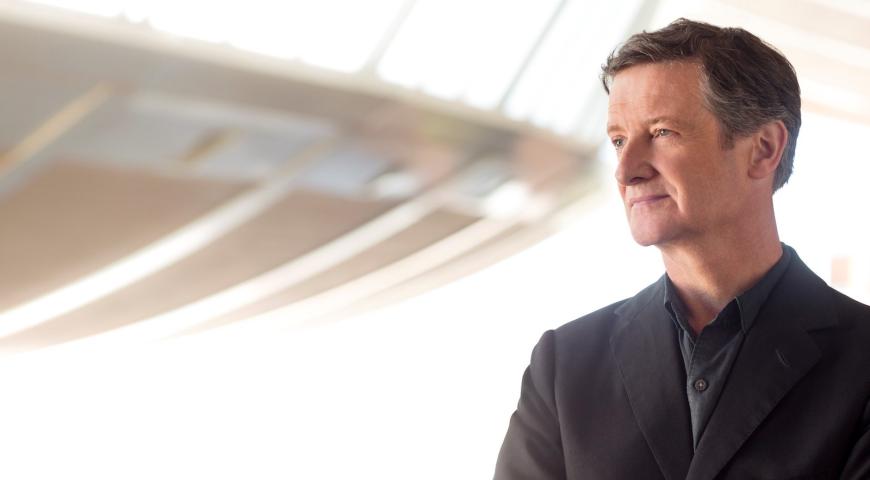 I return to Cardiff to Easter festivities. If you’re going to hear anything classical around this time of year live, its usually one of Bach’s Passions. What was originally planned for Easter 2020, we finally get to hear the St Matthew Passion at St David’s Hall. I genuinely don’t recall there being a performance of it in all my time frequenting the venue.

I make it a tradition to listen to the EMI recording of the Philharmonia doing the Matthew Passion with Otto Klemperer conducting. I doubt you could find a better recording, well regarded as one of the greatest ever on disc. So with this, I didn’t want to compare too much with the BBC NOW getting it’s live outing after a two year hiatus.

It’s a regal affair, the formulated sophistication of this Passion lingering in every bar. It commands a lot out of it’s listeners, with most going along with the thick translation in the gaudy looking programmes. Jeremy Budd took over the narrative role of the Evangelist after Gwilym Bower had to drop out. Budd keeps the whole passion in check along with conductor Harry Bicket, a new face to the regular Cardiff concert goer though, having a command over all the musicians and chorus. I cant begin to comprehend how demanding it would be to keep up the momentum of the over two hours Bach has blessed us with. Budd is subtle and calming, telling of Jesus’ last days with a detached nature. His voice never stops being lovely, quite golden even if the role gives little to no ornament.

It’s always jolting to hear Jesus as a bass, here sung with conviction by David Shipley. You’d expect it to be an intense role and it frequently is. Shipley given little flickers of acting here and there, with a touching voice. Soprano Mhairi Lawson getting arguably some of the finest solos, the famous aria used in the films of Tarkovsky. There is a glamorous feel to Lawson, she sings with much splendour, Jess Dandy the contralto both getting a sweetly scented duet together. Dandy also sings from the heart, a voice as clear as a window pain. Antony Gregory as tenor is in and out of the score, though a well suited guest and often the lighter side of the men’s earthy voice ranges. Baritone James Newby ended the line up of soloists, coming into his own when getting some flurried solos.

Of note is the orchestra is separated into two sets and there is no brass nor percussion. One wonders what the first audiences would have thought of a work like this nearly 300 years ago, or even the audiences Mendelssohn reintroduced the work to, after it having dropped out of favour for around one hundred years. The Viola de gamba is also present, not used enough with it’s nuanced charm. It takes a lot to focus on the entire piece, cough syrup prevented me from taking in the entire second part. Though there are very few theatrical elements to the passion, recent years have seen stagings, something I’d be keen to see. The BBC National Chorus of Wales also blossomed here, the opening a highlight, the fiery finale perhaps the most bone chilling passage in the entire work.

Finally another masterpiece of Western music to tick off the bucket list.