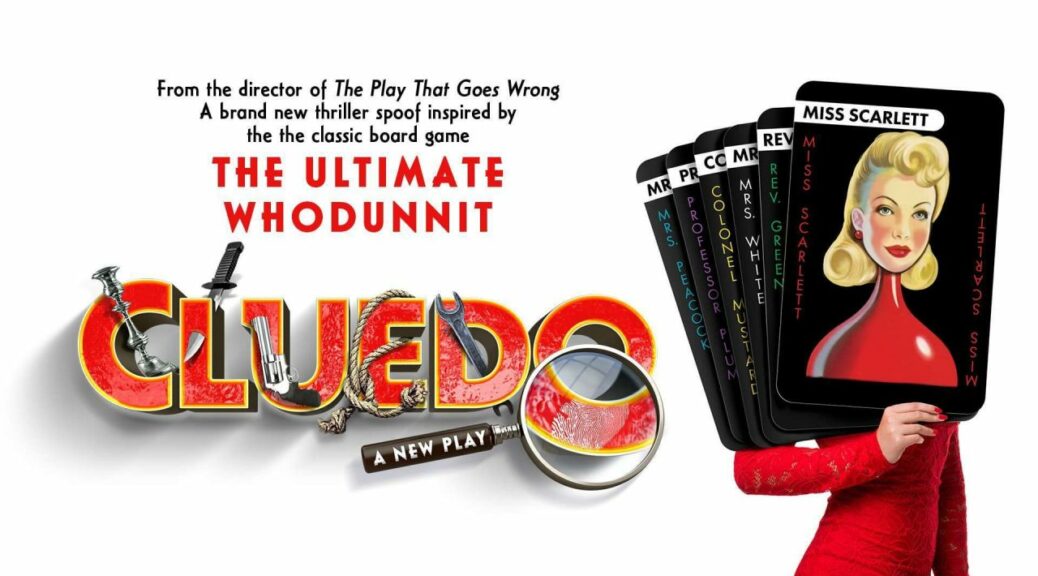 One of my greatest achievements in life is the fact that I once won an entire game of Cluedo in one guess! For those who haven’t played this game before, it is a board game created by entertainment aficionado Hasbro where the whole point is trying to figure out who the murderer is, where the crime happened and what weapon was involved. Everyone starts the game with a series of cards that cannot be the final guess as they are not in the mystery case file sitting in the centre of the board. As you travel around Boddy Manor you guess the key ideas and through skills of inference and the help from other players you can whittle down to the perpetrator, crime scene locations and how it was done. Once you think you have solved the case and want to make a prediction you have to remove yourself from the game so that if you are wrong the game can continue. On one such occasion, I was able to guess in my first go, I was able to suggest the three concepts and so made my formal prediction which was absolutely spot on! This was met by a flurry of confused and surprised faces as this game usually lasts for a very long time but instead I had won in one round! I have always loved a good murder mystery event ever since attending an in-person immersive murder mystery party when I was very young where we were all given a character to portray for the evening. In fact, during the recent global lockdowns (that appear to be a thing of the past now!) I took part in three online murder mysteries organised by the fantastic sharp teeth theatre. With all this in mind, you can imagine my excitement when it was announced that not only would there be a staged murder mystery but also it was based on the board game that I was miraculously won in one round much to the surprise of all my friends.

Cluedo the stage play is a staged adaptation of the much-loved board game where a group of people are invited to the mysterious Boddy Manor only to discover that the owner of the house is blackmailing everyone involved. Their attendance at this event is suddenly thrown into absolute chaos as a series of dead bodies are discovered which means this group has to discover who is commuting these horrendous acts. The stage version has everything that people love about the classic board game including the iconic weapons, memorable locations, and much-loved characters (eg Miss Scarlett, Professor Plum and Mrs Peacock) complete within their eccentric looks and mysterious secret tunnels connecting rooms to each other. We first meet Jean-Luke Worrell who plays the wonderfully over the top butler who appears to have orchestrated the whole event. He is seen to introduce each character (who clever light clues representing each character) and his constant over-acting and four wall breaks really fitting in with the master of ceremonies vibe portrayed throughout. I personally believe that this character was so wonderfully exaggerated that they delivered many of the hilarious moments in the show which contrasted beautifully with the fact that they were all dragged into a murder investigation. In the closing moments of the show, we see a hilariously prolonged death sequence involving this character where just when the audience thinks they have died, they spring back to life to perform a tap sequence, incredibly soulful rendition and emotional monologue that had the audience howling with laughter throughout. The butler then introduces the rest of the characters during a carousel of arrivals which I really enjoyed as it represented the moment in the actual board game where everyone reads about the characters involved. However, unlike the board game, these characters are not simply Miss Scarlett, Professor Plum and Mrs Peacock etc but instead these art pseudonyms for people who had committed some form of illegal activity that they are being blackmailed for. After the extent of their crimes is revealed by the owner of the manor, the evening takes a turn for the worse as Mr Boddy is found dead. Before he could pass, however, the newly deceased had managed to distribute a murder weapon to every character which initially was intended to be used to kill the butler which helps to drop breadcrumbs throughout the story of who is committing these atrocities. The characters are then tasked with solving the ‘who dunnit’ before the police arrive and there is a public scandal that leads to more bodies being discovered as the evening progresses.

Despite being a play all about murder, the creative team behind this project have managed to craft this production in a way making it child friendly (but not in a childish way) so that everyone in the family can enjoy. They have injected this show with many hilarious moments which creates a sort of ‘the play that goes wrong’ sort of vibe with a series of brilliant physical comedy moments and witty I liners. There are moments when mostly reverend green (played by the wonderfully talented Tom Babbage) walks into opening doors, is squashed in slow motion by a falling chandelier and hilariously misinterprets instructions that have the audience cackling. As this story progresses, this character becomes a bigger and bigger part leading to a very shocking revelation in the closing moments of play. There are also moments facilitated by the butler where the entire play rewinds to discuss an alternative ending which was cleverly performed by all involved. These inclusions help to make the play friendly to experience for any audience while still playing in the nostalgia of older audience members which was very cleverly developed. We do get a much greater understanding of every potential suspect in this case (that you do in the board gane) mostly due to the fact that in the play they are fully realised and physicalised with backstories, motives etc which I thought was a great inclusion that all work together to make the closing moments of the play even more striking.

Overall Cluedo the stage play is a family-friendly experience that has moments of nostalgia for older audience members and many hilarious moments that everyone can enjoy. It is a unique theatre experience that is available in the New Theatre Cardiff until Saturday the 9th of April so if you are looking for a murder mystery event involving a series of wonderfully over-the-top characters then this is one for you! As a side note, from this play, I want to use Cluedo as the next theme for a fancy dress party as I think that would be amazing fun!