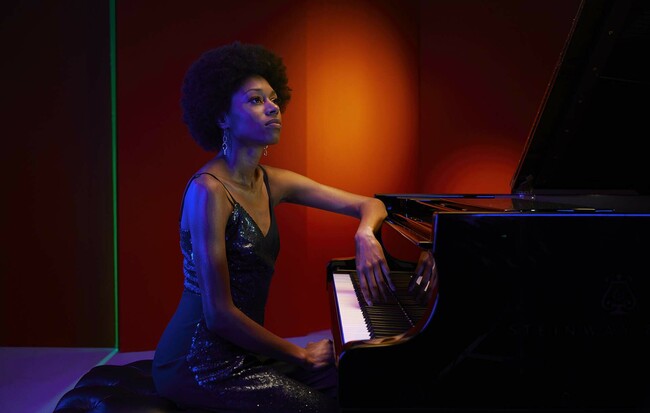 It’s all go for St David’s Hall and their International Concert Series. Though what surprised me the most for this concert was the surprising gaps of empty seats in the auditorium for the London Mozart Players. The rugby was of course on, it seems.

In a finely crafted concert, the focus was mainly in the first half of the 19th century, with a touch of the early 20th century to boot. In Prokofiev’s 1st Symphony (dubbed the ‘Classical’) we see the ground work for the early days of the composer, one who would go on to effect the musical landscape for years. It is rigid in style, even with some charming elements. Written the year of his countries shattering revolution, one must also consider the music later which would delight and disgust in equal measure. You’d never think listening to this symphony that a prickly, angular vision would form from the composer. No doubt, this is a rare sighting of a Russian work of music right now for obvious reasons.

The treat of the night came from Isata Kanneh-Mason for Clara Schumann’s Piano Concerto. I’ve spoken in the past how beguiling Robert Schumann’s music is, yet his wife has for the longest time remained in his shadow. Very much a power couple with a turbulent relationship, the Schumann’s remain some of the finest artist of their era. Clara’s Piano Concerto has a live, chattering quality hard not to love. From a renowned family of musicians, Isata has all the grace and standing the piece demands, even with some wonderful, clamouring moments. This was a testament to the underrated beauty of this female composer and only proves just how much we need her music. Time for Clara to shine…

A cheeky return after the intermission with Rossini and his overture to The Italian Girl in Algiers. Amazing how funny an overture can be, the timpani standing out in it’s blasts. The choppy, whimsy Rossini is well known for is heard as well as an undercurrent of malice. Ending with Mendelssohn’s 4th Symphony made for a familiar and effective finale. Known as the ‘Italian’, named so as he wrote the piece on tour, it shines with a breezy pace, never giving up its style or panache. Bulgarian conductor Delyana Lazarova all night, slashed away at each score, an intense scope on the music never let up, formulated by the players. The spritely musicians offered us an intimate evening, something which this Cardiff audience would love to see again.