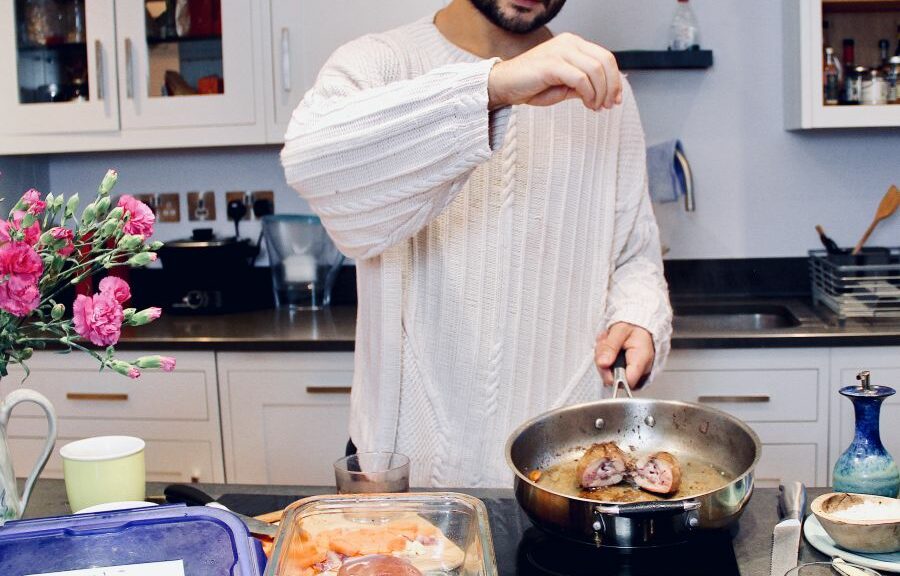 Fiji is a black comedy framed as a living room, this play is full of laughs and quirky moments from the off. The concept of Fiji is Sam (Pedro Leandro) and Nick (Eddie Loodmer-Elliott) met online only a short while ago, during the weekend they finally meet in person where it all spirals out as fast as lightening.

Sam’s destroyed his devices & told everyone he’s bought a one-way ticket to Fiji but instead he’s with Nick. The two feel that they have a deeply special relationship and plan to spend the rest of their lives together. However, for Sam that life will be very brief, he has asked Nick to kill and eat him, with a strong belief that Nick ingesting Sam will be the ultimate exchange of love, making their bond inseparable.

From mundanity of cheap Spanish wine, an enormous lemon & sarcasm – their humour contrasts like an avalanche with what they have planned ahead. As individuals their human vulnerability and tenderness grips the audiences attention whilst grasping onto the concept of cannibalism. Coming together for this horrific purpose, both intensely relate on how internet dating can be poisonous within the fanatical world of perverse relationships.

As the true reason for the weekend becomes clear, you can’t but help become transfixed on how this weekend will end. Their frequent questions & answers sparks conversation by a tense countdown, which we directly visit during the final moments of the abrupt murder. These questions offer deep & reflective considerations about what has led to this shocking decision: does it stem from maternal issues, as scientific research, what will Nick’s ‘experiment’ disclose? And all the while the two men reassure each other that they want this to happen, each for their own personal reasons.

This play is based on a real life incident in Germany. It interrogates what the rules would be in a situation like this: who gets to decide how it plays out, and what responsibilities are involved, both between participants and in their wider social circle? The discussion is remarkably balanced, as the characters reconcile the issues within their own instances, arguing the case for personal choice, whilst acknowledging there is a world outside where these actions are known to be wrong.

This is a well articulated production offering romance and laughter alongside repulsive horror, there’s really deep, dark & deadly thinking in the midsts that invite you into the world of the unknown.