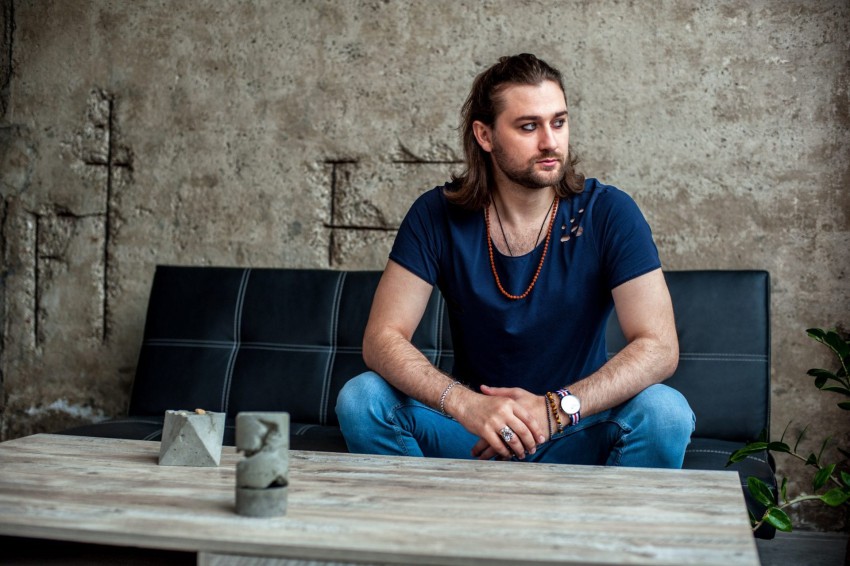 Those pesky storms would keep me from Don Giovanni with Welsh National Opera the past weekend. Though for now I missed the damnation, Andrei Kymach gave up time from the show for a recital at St David’s. Cardiff Singer regulars will know he won back in 2019, a long time ago in the grander scheme of things.

We are living in heightened times. Ukrainian born Andrei offered up a fine conveyor belt of native songs. We need to hear things like this at the moment, with war feeling imminent after two dower years, we’d rather forget in all honesty. These patriotic and joyful songs bleed out of Andrei, a well versed repertoire he will undoubtedly be singing more of in the near future. The songs of Schevchenko, Scheli and Liybomyr would be banned by the Tsars and early Soviet leaders, only ganging resurgence more recently. It is the conviction that Andrei brings to every word of each song that affirms his command as a baritone, filled with gusto and pride.

There is a rock star feel to Andrei’s look, his hair and beard trimmed and cut for his turn as the wicked Don down the bay. A headbanger of another sort, Mussorgsky’s Songs and Dances of Death ended this fine recital with a chilling air throughout. Here the singers details four scenes of lives ending, as Death emerges to claim his reward each time. Things start off particularly dark, with the death of a baby. Other songs sees the battlefield, a man lost in the snow and a knight (disguised as Death) lulling a sick maiden.

It’s Mussorgsky’s rollicking, compositional nature that makes these songs shine. Andrei is brilliant in execution, truly on top form, wallowing in the ironic, morbid mirror that permeates each bar. Llŷr Williams as accompanist has also excelled, glowing as he plays and never taken over the limelight to much from his partner. A lone piano stool next to Llŷr was intended for a page-turner, none such was needed as he swiped at the sheets, creasing them in each time within their plastic folder. Some three encores would indulge this loving Cardiff audience, who has seen this superb singer grow and grow.

We hope we can find peace at this time. Music will always be the answer.

Don Giovanni continues at the Wales Millennium Centre till 17 March 2022, then on tour.